People don't often think about George Washington as a great architect. Can you tell us about Washington the architect? 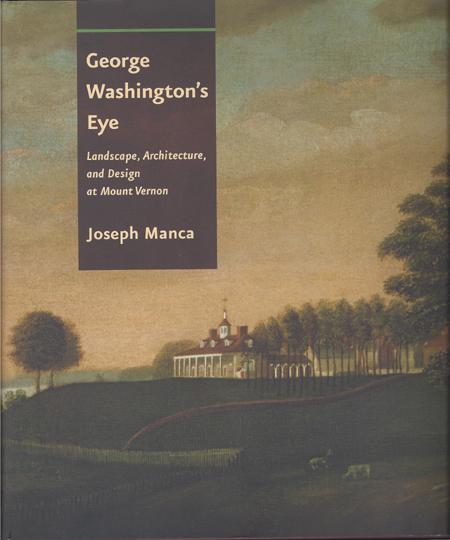 George Washington was a great planter and a wealthy person in the 18th century, and like many owners of plantations at that time, he was designing his own house. Another famous example of that, of course, was Thomas Jefferson of Monticello—another great 18th century Virginian. George Washington was creating an environment to live in. He was creating his home, but he was also designing his own gardens, he was collecting art and displaying nice pieces in his house for many people to see, and, of course, after the war when he becomes the head of a Republican nation, and he himself is a world figure at that point, he’s continuing to develop his grounds in a way that is consistent with his new social position which is unique in the world.

How does Mount Vernon, as a house, impact American architecture?

George Washington was not trained as an architect, indeed nobody in America was at this time, he was a gentleman designer and therefore he was piecing together ideas that he could come up with from various places. Of course, being a man of action, and maybe because he was George Washington, he had his own ideas about things and he was instilling those ideas into his house. Certainly, the most famous example of that would be the portico which is a giant order—pilasters that take up more than one-story spread across the entire home. He was the first person to do that—they were not doing that in England, and they were not doing it during the Italian Renaissance or elsewhere in the colonies—so George Washington is independently minded in that regard. He also had covered ways, the arcades, which connect the main Mansion house to the dependencies on either side. He opens those up. During the time of the Renaissance and also in England and elsewhere in America, those usually have a wall or they are hyphens—solid, low buildings connecting them. George Washington was willing to take chances in his architecture and he came up with some great solutions and inventions that still work for architects today.

Why is the cupola on the house? 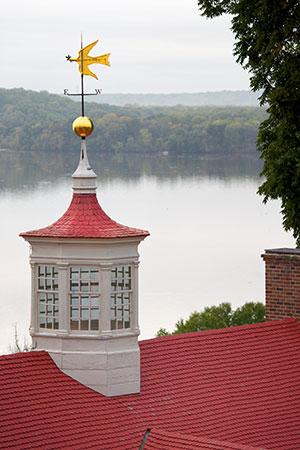 The Mansion house is a large building. It has a wonderful portico facing the river and it also has this cupola on top. Now George Washington, unlike this monumental portico, is not the first one to put a cupola on the outside of his home. It was done at some other great houses, but it was also done on public buildings. You might see it on the courthouse or some other kind of public building of that type. George Washington was, in fact, a public figure even before he became a world figure at the time of the American Revolution. He is involved in politics in a way; he’s involved in the church life; he’s a large landowner, so he has to have a home that expresses the public nature of his personhood, and also the magnificence, in a certain way, of his economic position. (I’m using magnificent in the Renaissance sense, being grand and important and worthy of attention.) So by putting a cupola on the house, it is like the icing on a cake in that it is something that expresses his public position even though it is a private home.

How does George Washington’s house design and landscape all work together?

George Washington thought of his house and the landscape and the collection within the house in one unified vision. He was very concerned about the prospects from the house, from the portico especially, out onto the lawns and the views out onto the river. He kept the trees trimmed along the river so that they would not interrupt the views from the house. Looking out onto the west side, from the land side as you are entering, looking from the house out, he wanted that to be a forest line in the distance as you look through the Bowling Green and the serpentine paths. So he’s considering this very consistently throughout his design. When you step inside the house, it is filled with landscapes, especially views of water, rivers, and so forth, which he is using then again to reflect what you see outside. So there is a unified vision that he has—architecture, collections, and gardens all work together.

Joseph Manca, Ph.D. is the Nina J. Cullinan Professor of Art History at Rice University, and his areas of research interest include Renaissance, Baroque, and early American art and architecture. He has published numerous articles on Italian Renaissance and early American art; recent studies include an essay on Leonardo da Vinci's Cecilia Gallerani and a study of the Hudson Valley Dutch and the origins of the American porch. Manca's books include The Art of Ercole de' Roberti; Titian 500; Cosmè Tura: The Life and Art of a Painter in Estense Ferrara; Moral Essays on the High Renaissance: Art in Italy in the Age of Michelangelo; and Andrea Mantegna and the Italian Renaissance. A forthcoming book is his Subject Matter in Italian Renaissance Art: A Study of Early Sources. Currently in progress is a book on Shaker ideology and material culture.

Twice during his life, Washington substantially expanded the Mansion.