To most people today, the words "ice storm" brings to mind slippery roads, snapped tree limbs, and broken power lines. But in the 18th century, the coldest days were used to harvest an unusual crop: ice. 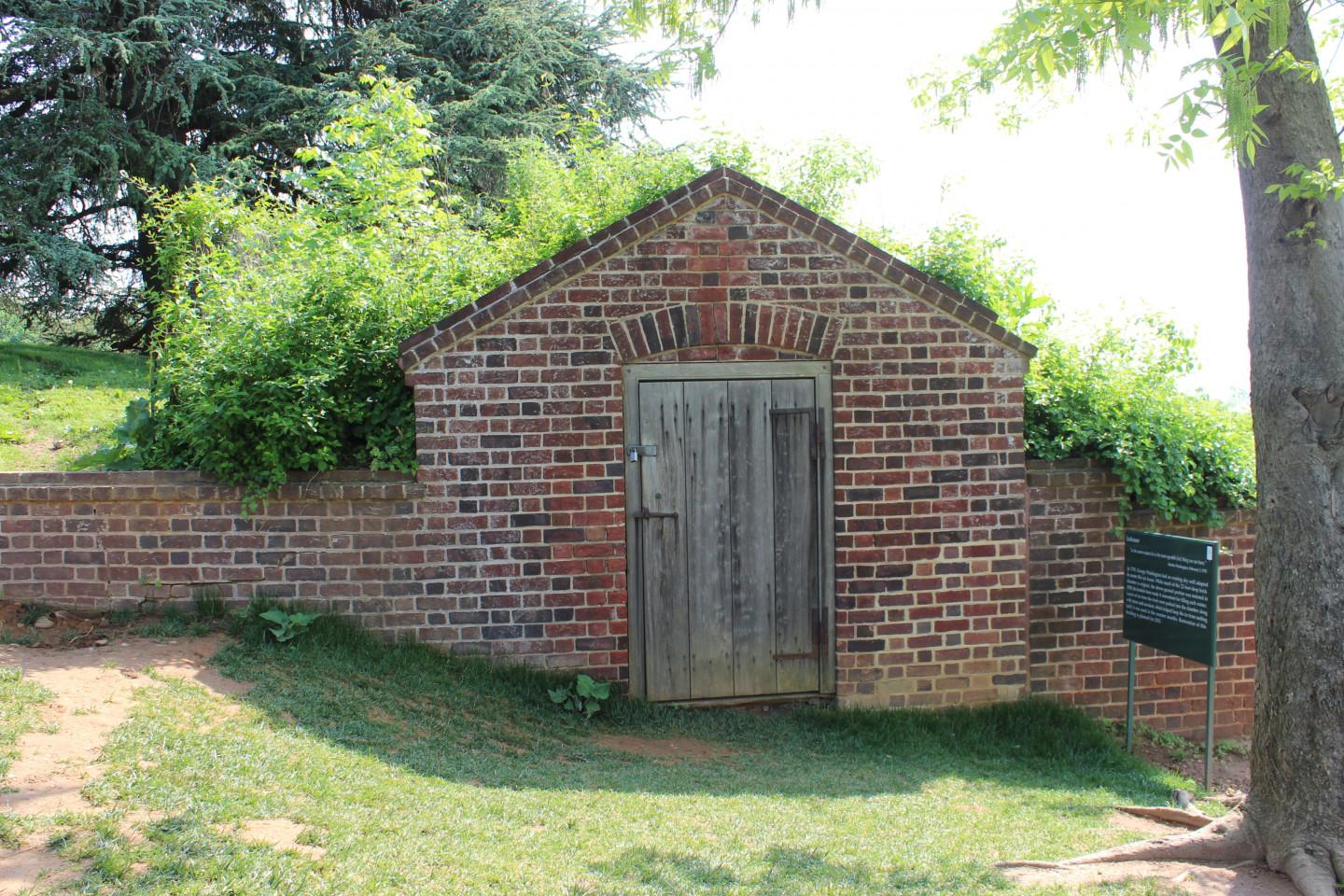 Washington had enslaved workers collect ice from the Potomac River each winter. This enabled him and his family to enjoy fresh meats and cold drinks long after the arrival of spring.

Washington's diaries and letters are filled with references to ice and the special structure he built to safeguard the valuable commodity as temperatures began to soar.

In February 1794, he wrote to one of his farm managers that the demand for ice in the summer months was "inconceivably great," and all efforts should be made to fill the ice house during this "last spell of freezing weather."

Washington's original ice house is located on the steep riverbank above the Potomac River and can be seen by visitors today.

The Design of the Ice House

Washington's first effort at an ice house involved the collection of snow, which failed miserably, as it did not last to the beginning of summer. So he wrote to friends asking for their advice on the construction of a first-class ice house.

Washington's design called for a dry well dug into the hillside, encased within an outer wall constructed of wood planks. Between the well and the wall, Washington had installed a three-to-four inch layer of straw, which served as insulation and maintained the ice from melting.

Another method of keeping the ice from melting was covering it in sawdust. Washington had the top of the ice house arched so dirt and sod could provide further insulation.

Inside, a ten-foot-long ladder enabled enslaved workers to retrieve ice from the well.

The Challenging Task of Harvesting Ice

In the detailed weekly reports maintained by Washington and his managers in 1792, it is noted that enslaved people from Mansion House, Dogue Run, Muddy Hole, River, and Union farms were assembled for two weeks for ice collecting.

Filling the ice house was a challenging activity.

Collecting Ice from the Potomac River

In the dead of winter, Washington ordered enslaved people to venture out onto the icy Potomac. They would cut blocks of ice, then pull them to shore, and finally cart it to the ice house. The harder the ice when gathered the longer it would last.

When temperatures were extremely low, Washington ordered enslaved workers to cover the ice in the ice house with additional water, which would soon freeze into “ a solid mass" of ice.

Collecting ice was not the only dangerous part of the task. Surrounded by so much moisture, the ice house was also prone to rotting boards. Washington asked a farm manager to test the joists, because if rotten, "they may give way and destroy those who may be below pounding the ice as it is thrown in."

Many of Washington's letters express great frustration. He writes that in June he opened a well that was once full of ice, "but there was not the smallest particle remaining."

Records also imply that George Washington was strongly encouraged to store ice by his wife Martha, who was in charge of the daily meals. She wrote in 1793, "in the warm season Ice is the most agreable thing we can have."

Perhaps Mrs. Washington was hoping to have ice-cold drinks and one of the most fashionable desserts among the upper classes: iced cream.