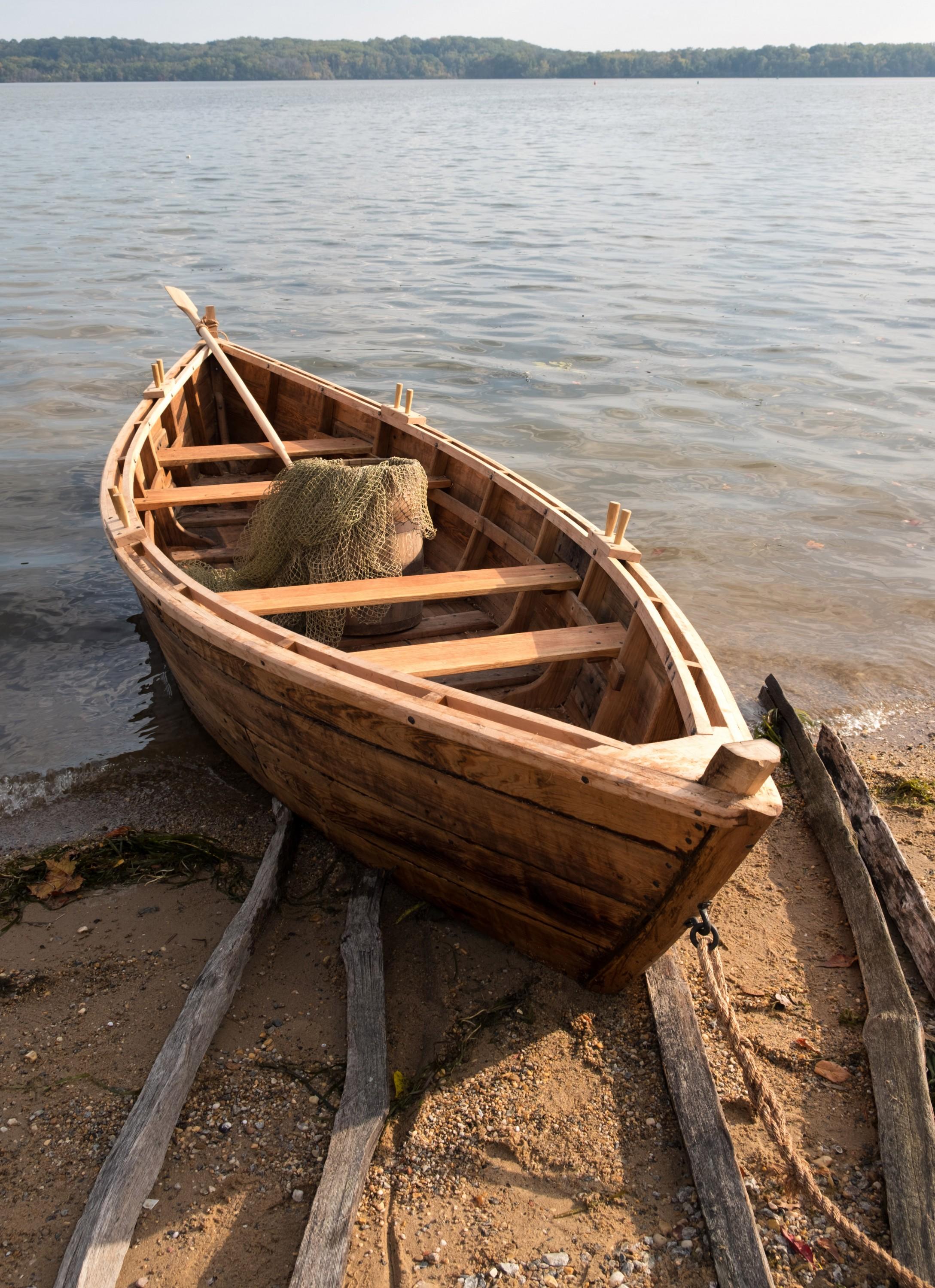 Although the fishing boats on the estate saw the most action during the spring, Washington maintained quite a fleet of watercraft for a variety of purposes.

The following types of watercraft were noted as being built or used by George Washington in the operation of his fisheries, farming operations or business enterprises:

Flatboats and the Gristmill Construction

Beginning in March 1770, Washington was busy with the planning and construction of his gristmill on Dogue Creek. 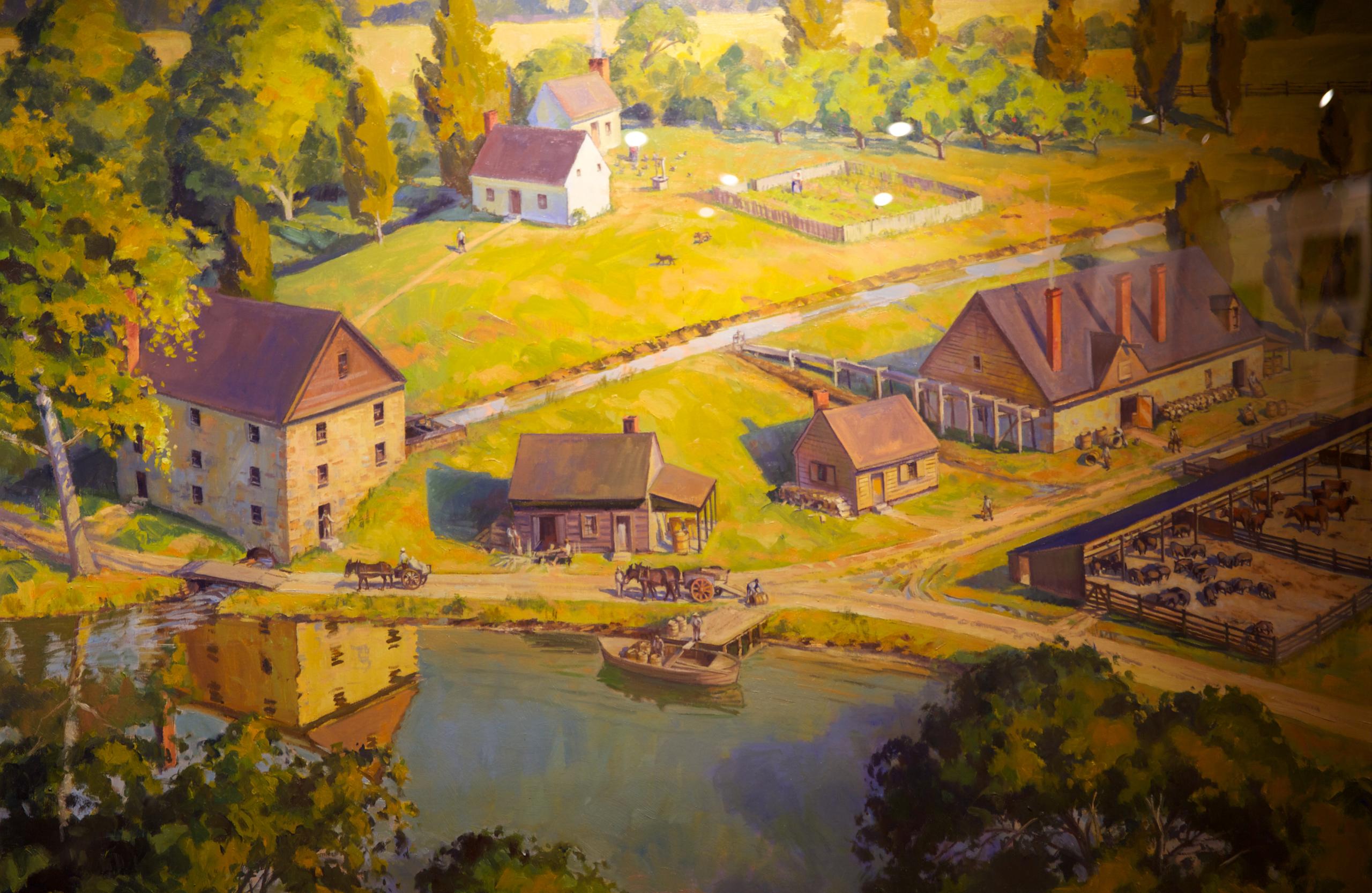 Another type of watercraft was obtained and put to work. Called a flat, this was a flat-bottomed, shoal draft scow, propelled by poles. In this case, his people were flatting bricks and the sand, stone, and oyster shells to be used for lime in the mortar to the site of the mill. 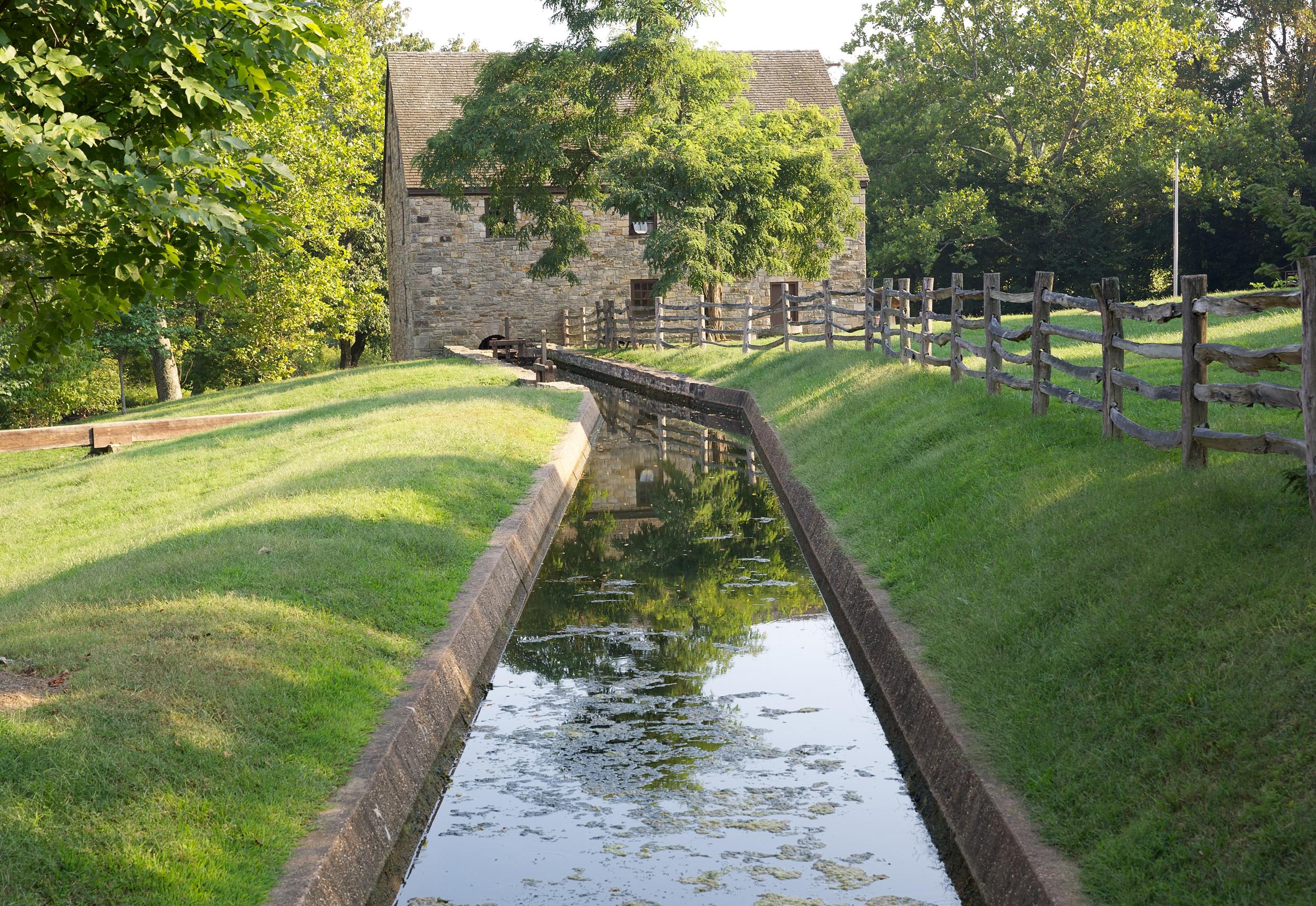 Looking ahead to the mill's completion, he planned to use the flats to deliver corn and wheat up Dogue Creek to the mill and to carry flour down the creek to the Potomac for loading on cargo ships that would deliver it to the markets. These ships would be owned by or under the control of merchants with the cargo headed for Europe and the Caribbean.

Barges and scows were used to transport goods from Mount Vernon to Alexandria and other ports, while smaller boats navigated Little Hunting Creek and Dogue Run to carry articles from one part of the estate to another.

Ferries conveyed passengers and freight from Mount Vernon to the Maryland shore, and other boats were used to unload cargo from larger vessels that would run aground in shallow waters.

A Whaleboat for 20 Pounds Sterling

In March 1772, Washington added to his fleet of boats by purchase of a whaleboat, obtained for him by the Governor of Maryland for 20 pounds sterling.

This was a type of double-ended, light, fast rowing, and sailing boat that had gained fame in the whaling ships. In June, the boat was in use to visit a fresh water spring on the shore north of Sheridan's Point and later for sounding the water depths from Ferry Landing to Sheridan’s Point looking for new fishery sites.

Schooners, Yawls, and A Brigantine

George Washington enjoyed a 17-day pleasure cruise in 1768. Setting off in one of his schooners, Washington spent his days fishing and going ashore to visit friends. He hauled his seine on the bar at Cedar Point, looking for a fish called sheepshead, considered a delicacy then but extinct locally now. Washington also fished Upper Machodoc Creek in King George County and Nomini Bay. He slept on the boat most nights during this trip. 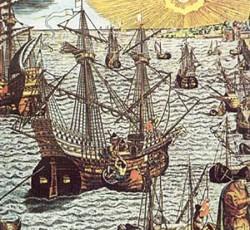 During the year 1760, Washington was involved in shipping and receiving tobacco, fish, corn, oats, traveling by the numerous ferries in the area, using his own boats to travel with Martha and the children for social outings at other plantations and, very importantly, receiving goods from England. 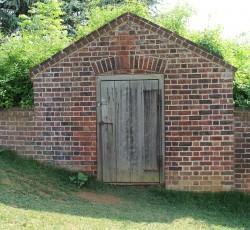 In the winter, Washington's boats braved the frozen waters of the Potomac to harvest sheets of ice from the river, to be pounded into a solid block of ice for storage in an underground icehouse.

The Fisheries at Mount Vernon

This influence was strong enough that George expressed a desire to enter service in the British Royal Navy. For this, he needed permission from his mother (some things never change).

On June 9, 1788, a miniature full-rigged ship, the 15-foot Federalist arrived at Mount Vernon. It was a gift from the merchants of Baltimore, Maryland to show their appreciation for Washington's service as Commander-In-Chief.

Sadly, on July 24 of that same year, there was a very intense hurricane which tore the miniature ship Federalist from her moorings and sank it. The hurricane blew down trees in the groves and about the houses at Mount Vernon. At Alexandria, the storm was reported to have brought in the highest tide that had ever been seen on the river. The damage done to tobacco, sugar, salt, and other supplies the warehouses was figured at 5,000 pounds sterling.

A full-sized replica, The Maryland Federalist, was built in 1987 for Maryland's celebration of the bicentennial of the U.S. Constitution. The ship is rigged with seven sails to commemorate Maryland's place as the seventh state to ratify the United States Constitution. It can be seen today at BWI Airport in Baltimore, Maryland.

The fleet of sailboats at Mount Vernon served the Washingtons' travel needs on water as much as stately carriages provided comfortable transportation on land.