The borders of the Mount Vernon were washed by more than 10 miles of tidewater. The whole Potomac River shore, in fact, was one entire fishery.

Records as early as 1606 mention the Chesapeake Bay and its tributaries as sources of incredible stocks of fish and seafood. Some were seasonal, others available year-round. Great quantities of crabs, oysters, clams, and horseshoe crabs (the early settlers actually ate them) were available. The colonists described Indian methods of catching and, more importantly, preserving these harvests.

The colonists also described their amazement at having boats swamped by four to six-foot sturgeon that leaped out of the water on board, and of fish schools so thick that they were unable to move their boats through them. Oysters as large as fourteen inches were common.

As a result of this abundance, the development of fisheries as a viable source of food and income was to be expected. The early colonists knew how to fish but were not skilled in farming in their new homeland. With the excesses available from the waters they lived by, they only needed to find ways to preserve the catches and to send their harvests to other markets. 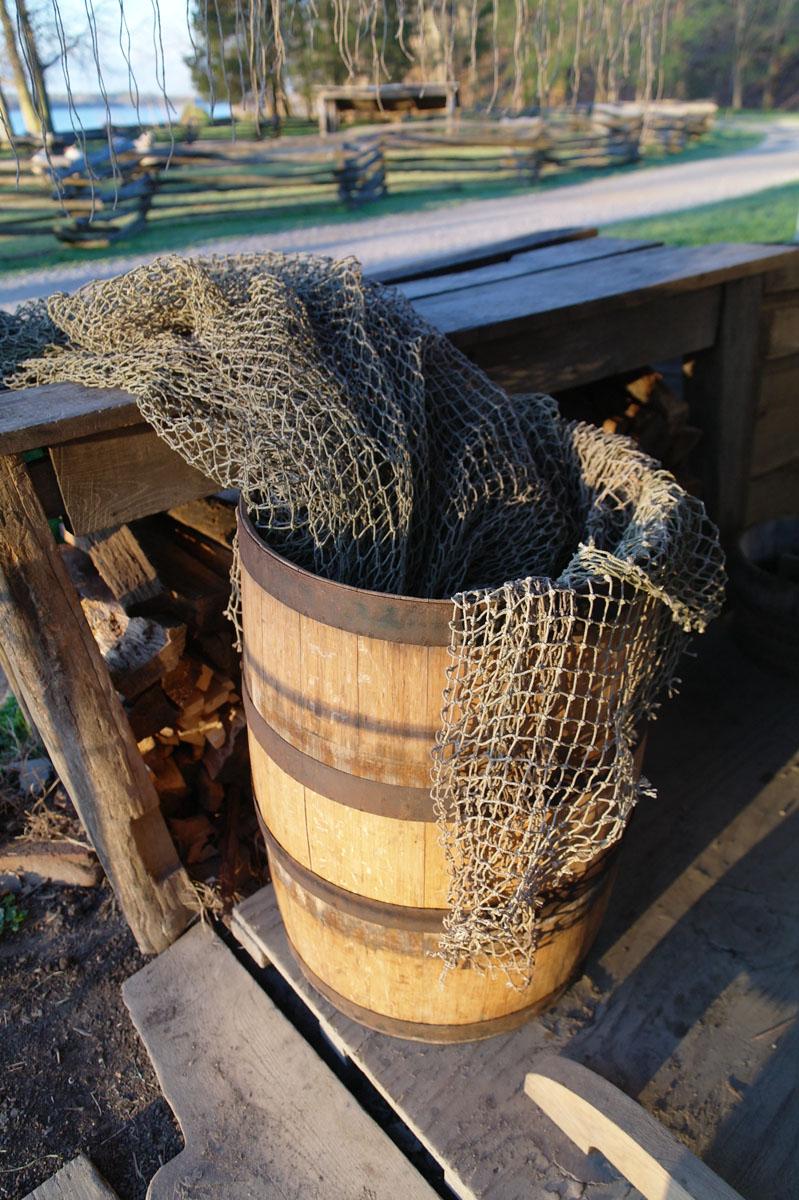 In the northern colonies, a flourishing industry was already in progress in offshore cod fishing, with the salt dried cod being shipped to European markets. Living by and the use of the waters also dictated that there be a heavy dependence on all types of watercraft, so the construction and operation of boats followed in parallel with the fishing industry.

The main fishing effort on the Potomac involved the herring and shad runs during the spring season As the water began to warm, these fish returned to spawn in the upper river, creeks, and tributaries of the Potomac. In writings of the day, there are references to the surface of the water sparkling like silver, as millions of fish swam upriver. Early attempts at spearing fish or trapping them in enclosures made of wooden stakes, eventually led to the introduction of fish weirs and the use of seine nets imported from Europe.”

In Washington's time, it was natural that he would incorporate fishing into his plantation routine and make it a part of the revenue-producing activities of a working farm, following the lead of his father and half-brother Lawrence.