Upon George Washington’s inheritance of Mount Vernon in the mid-eighteenth century, his 2,500 acre holding was characterized by a contemporary source as a “neglected and mediocre plantation” (Walsh, 2001: 54). At pains to keep his estate solvent and also return a profit, Washington made the bold leap from tobacco monoculture to wheat, experimenting with at least 60 different crops in addition to fishing the Potomac River. Of all Washington’s economic pursuits perhaps none were as consistently lucrative as his fisheries; it is estimated that in a spring fishing season that Washington’s operations netted 1.3 million shad and herring, often accounting for more income than any one single crop (Walsh 2001: 52). 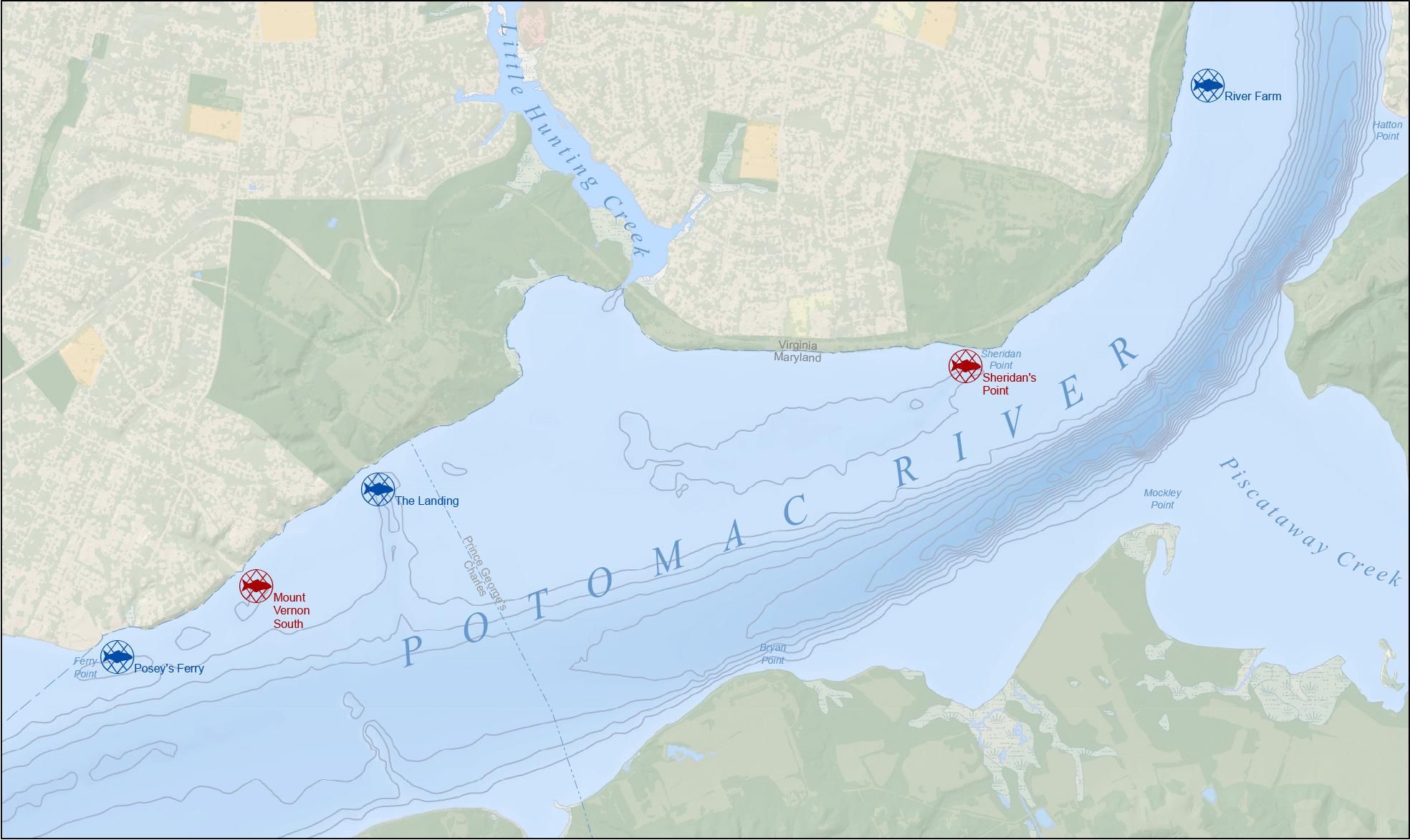 Both shad and herring were significant food fish in the 18th century, and at Mount Vernon served both the internal plantation community as well as the broader Atlantic World. The fishing operations on the Potomac River generally ran from March through May, and during this period enslaved laborers worked from dawn to dusk in small watercraft with seine nets to haul the fish to shore. At the appointed landing sites, the fish would be sorted by species, cleaned, and either salted and barreled for sale to plantations in the West Indies or smoked and sun-dried for consumption by the slaves on Washington’s farms (Atkins 1994: 66). Washington stipulated that each adult slave receive 20 herring per month; during the Revolutionary War when salt was particularly scarce, Washington’s farm manager informed him:

“…I have but very little salt, of which we must make the most. I mean to make a brine and after cutting off the head and bellys dipping them in the brine for but a short time, then hang them up and cure them by smoke, or dry them in the sun; for our people being so long accustomed to have fish whenever they wanted, would think it very hard to have none at all…” 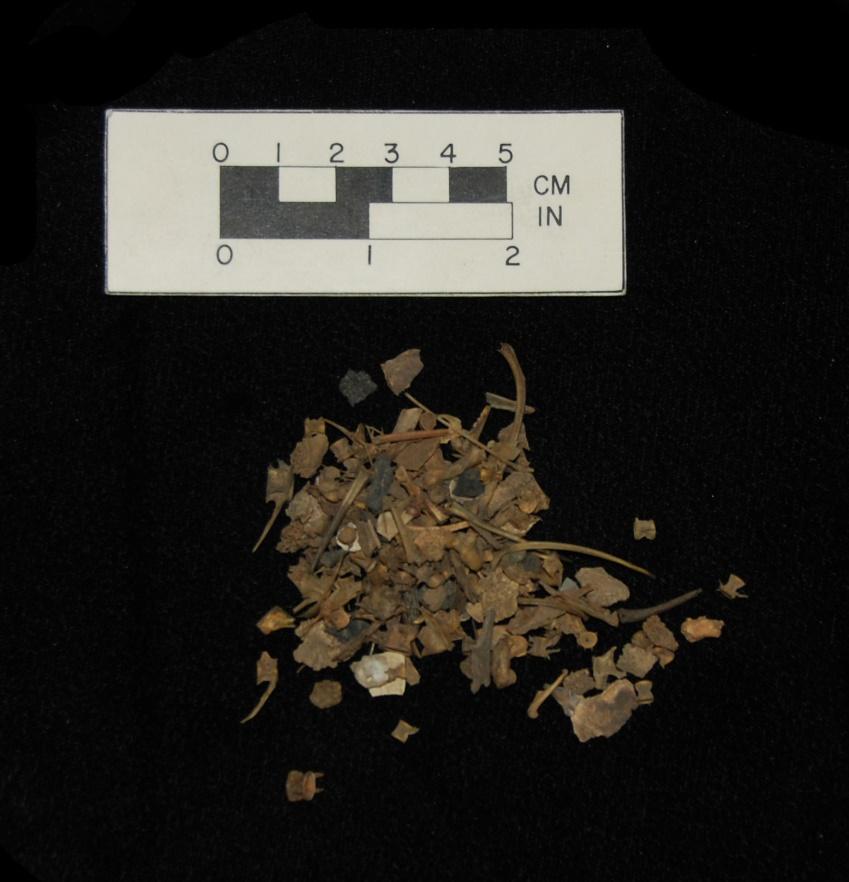 Archaeological evidence from Mount Vernon’s House for Families, a slave quarter near the Mansion House, yielded hundreds of fish bones and the quantities of shad and herring remains found certainly back up the documentary evidence. What is more, deposits from the House for Families dating from 1780-1790 indicates that herring was a critical element to slave diet, perhaps suggesting that Washington intensified his fishing operations during this period (Bowen et al. 2016: 117).

Despite what is known of the fisheries at Mount Vernon, little documentary evidence survives relating to the boats used for this lucrative enterprise. Watercraft described in Washington’s writings name vessel types such as a schooner, yawl, brigantine, barge, batteau, and simply “fishing boats”. At least one schooner is thought to have been built by Washington’s carpenters at Mount Vernon, but the small craft used for fishing seem to have been rented during the spring from neighboring planters (Walsh 2001: 52).

Learn more about the archaeology program at Mount Vernon and the material recovered.

Mount Vernon had a blacksmith shop and a carpenter shop which helped to make the plantation reasonably self-sufficient, and it is likely that Washington’s hired white artisans and enslaved blacksmiths and carpenters built or maintained watercraft for the fisheries. 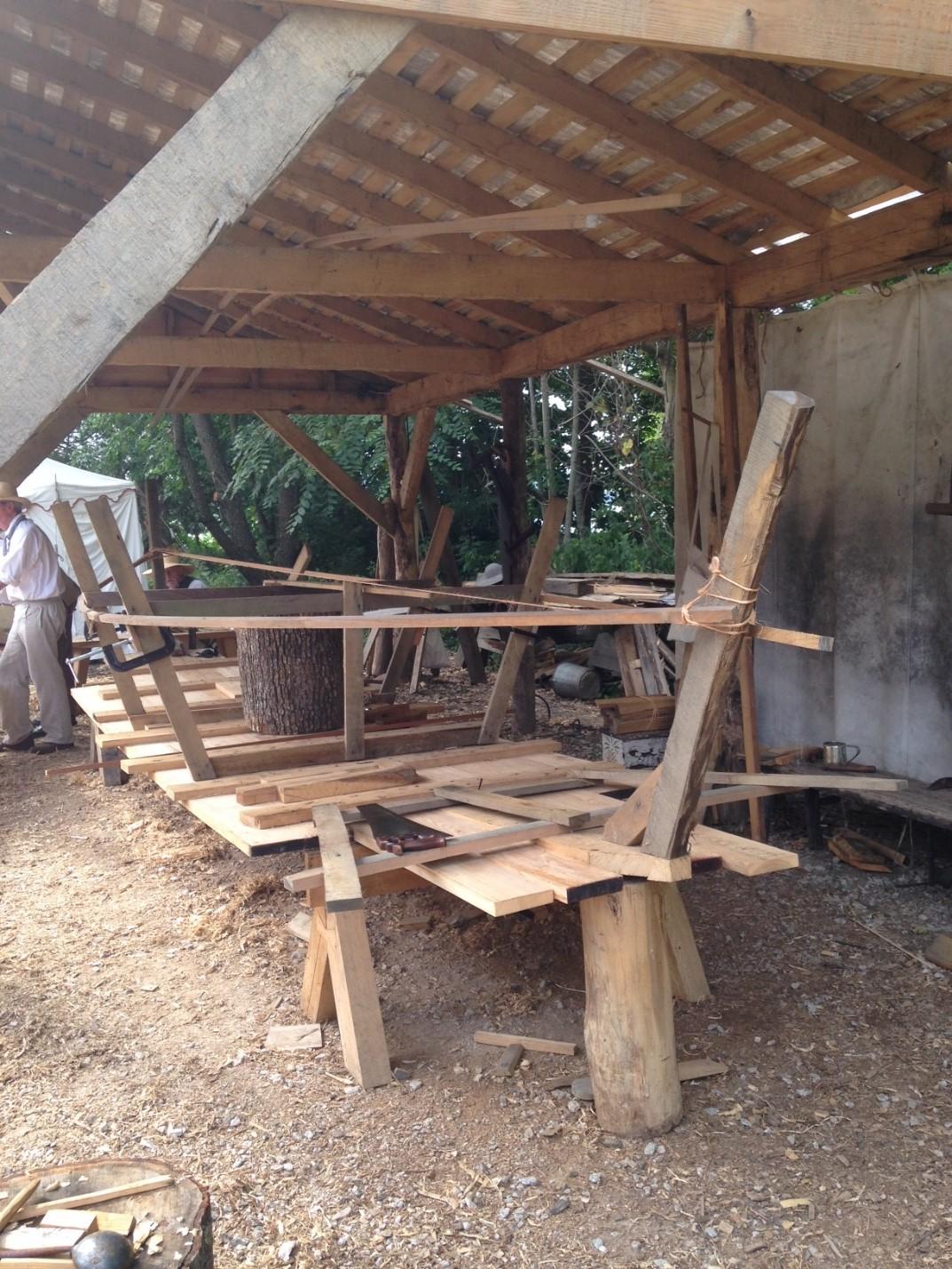 In an effort to interpret George Washington’s fisheries, the historic trades team along with skilled volunteers from the Alexandria, VA boat-building community is completing the construction of a 21-foot batteau. The batteau is being built on-site at Mount Vernon’s Farm location, using traditional methods and reproduction 18th century tools.

The plan of the batteau comes from the collection of plans compiled by Howard I. Chapelle who served as the curator of maritime history at the Smithsonian Institution from 1957 to 1967. Chapelle’s drawing of the batteau underway at Mount Vernon comes from his work American Small Sailing Craft (1936), a formative text that detailed construction of classic American workboats.

Design drawing/Drawing by Howard I. Chapelle, Courtesy of the Smithsonian NMAH Maritime Collections.