The cornerstones used for both the Ford Orientation center and the Donald W. Reynolds Museum and Education Center were created from stone given to Mount Vernon by the White House. They bear coloration that is distinctive to the quarry which provided stone for the construction of the president's residence in Washington D.C. 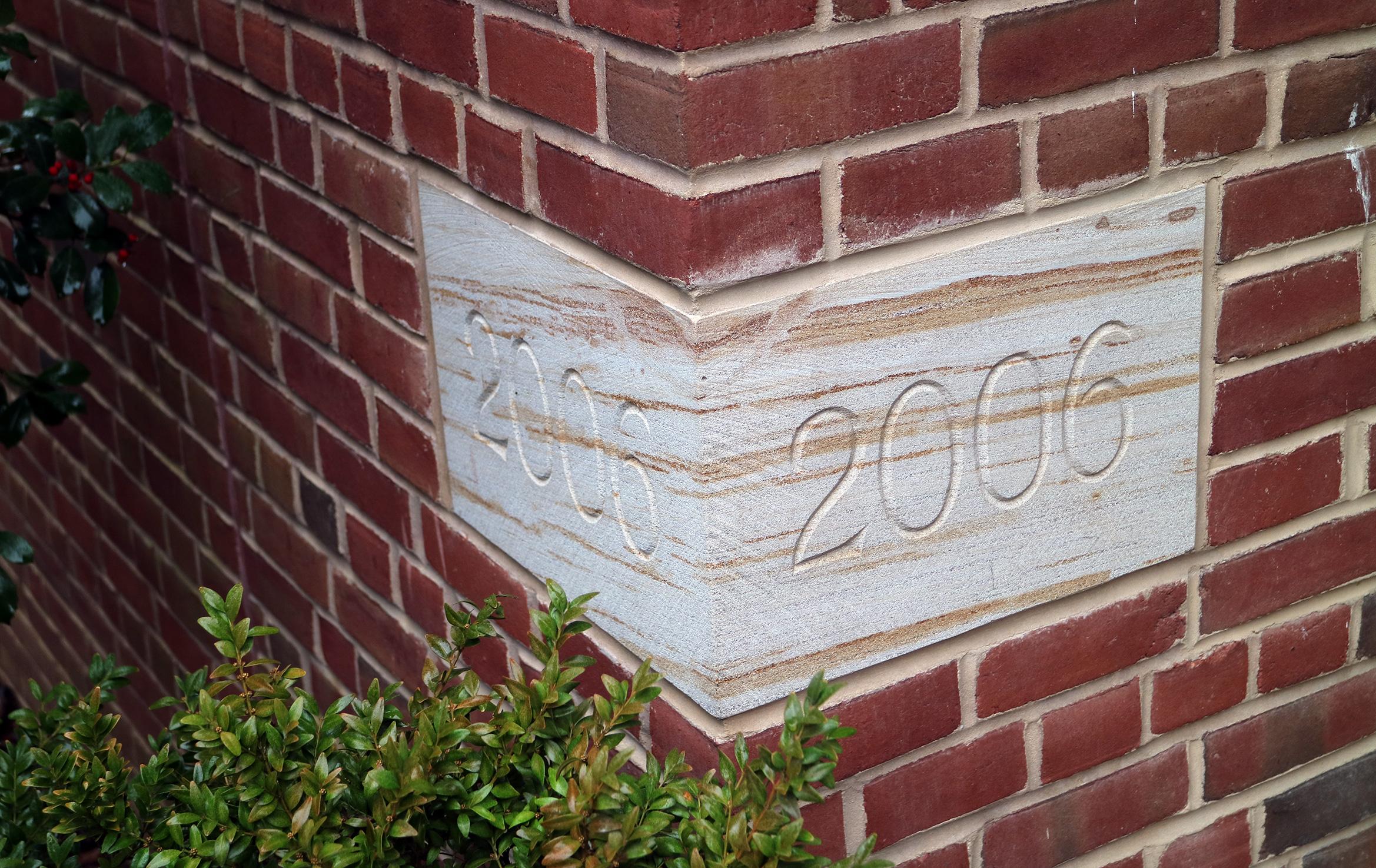 Both George Washington and Henry Ford would have been proud to know that the cornerstone, which bears the weight of the 25,000 square foot Ford Orientation Center, has its own historic credentials.

The cornerstone spent the earliest years of its life at 1600 Pennsylvania Avenue, the home of every president of the United States except George Washington.  Although he probably knew he would never have an opportunity to reside there, Washington was instrumental in the design and placement of the president's home in the new nation's capital. Having used Virginia aquia sandstone to construct many of his buildings at Mount Vernon, it is not surprising that the same material was specified for construction of what would be later called "The White House". 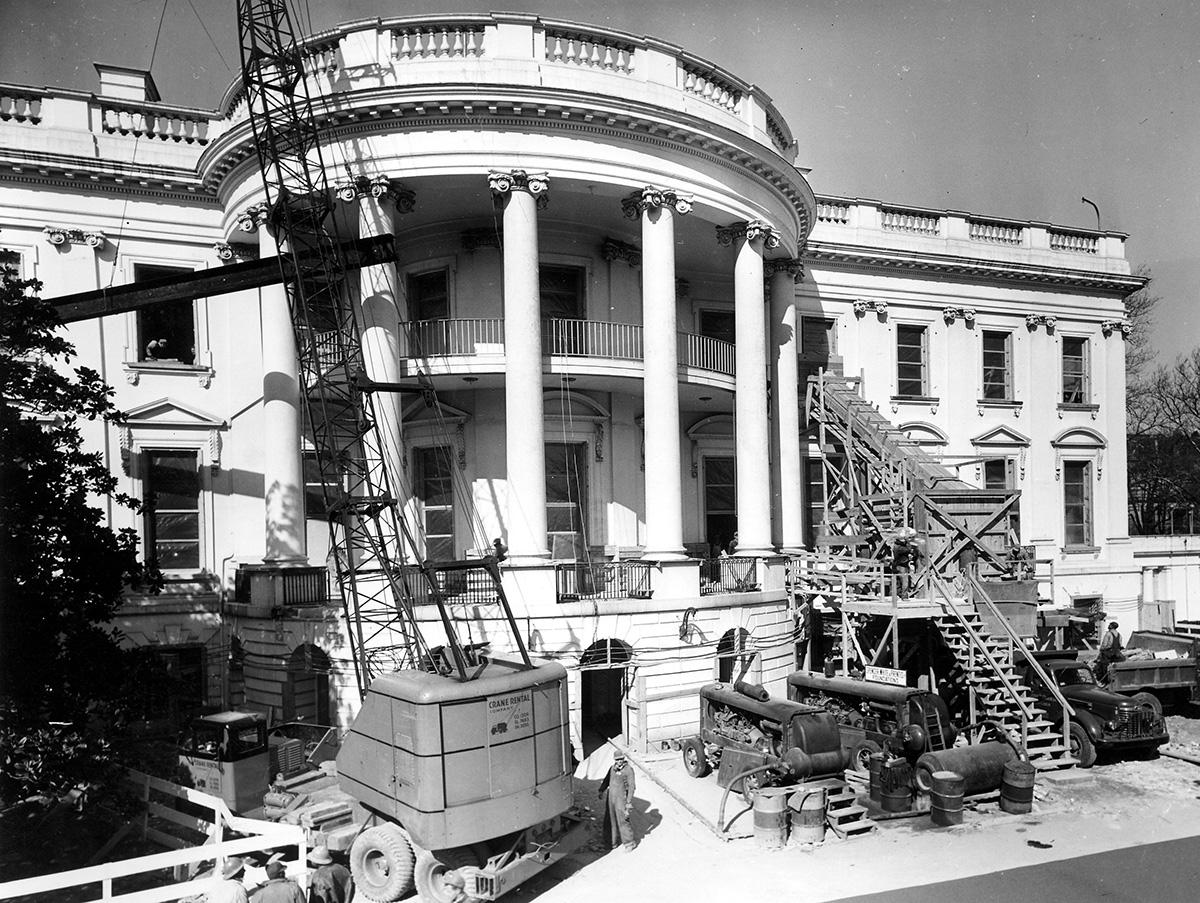 Between 1949 and 1952, during the administration of President Harry Truman, The White House received its most extensive restoration in history. Virtually the entire interior was gutted and a new building was constructed within the old walls.

As much of the original building materials were salvaged as was feasible, including 95,000 bricks and several tons of stone that was donated to Mount Vernon. In 1950-51, most of the brick and some of the stones were used in reconstructing Washington's greenhouse, built in 1784-87 and destroyed by fire in 1835. Over the years, many of the remaining pieces of White House stone have been used to make repairs to the Mansion piazza and steps. 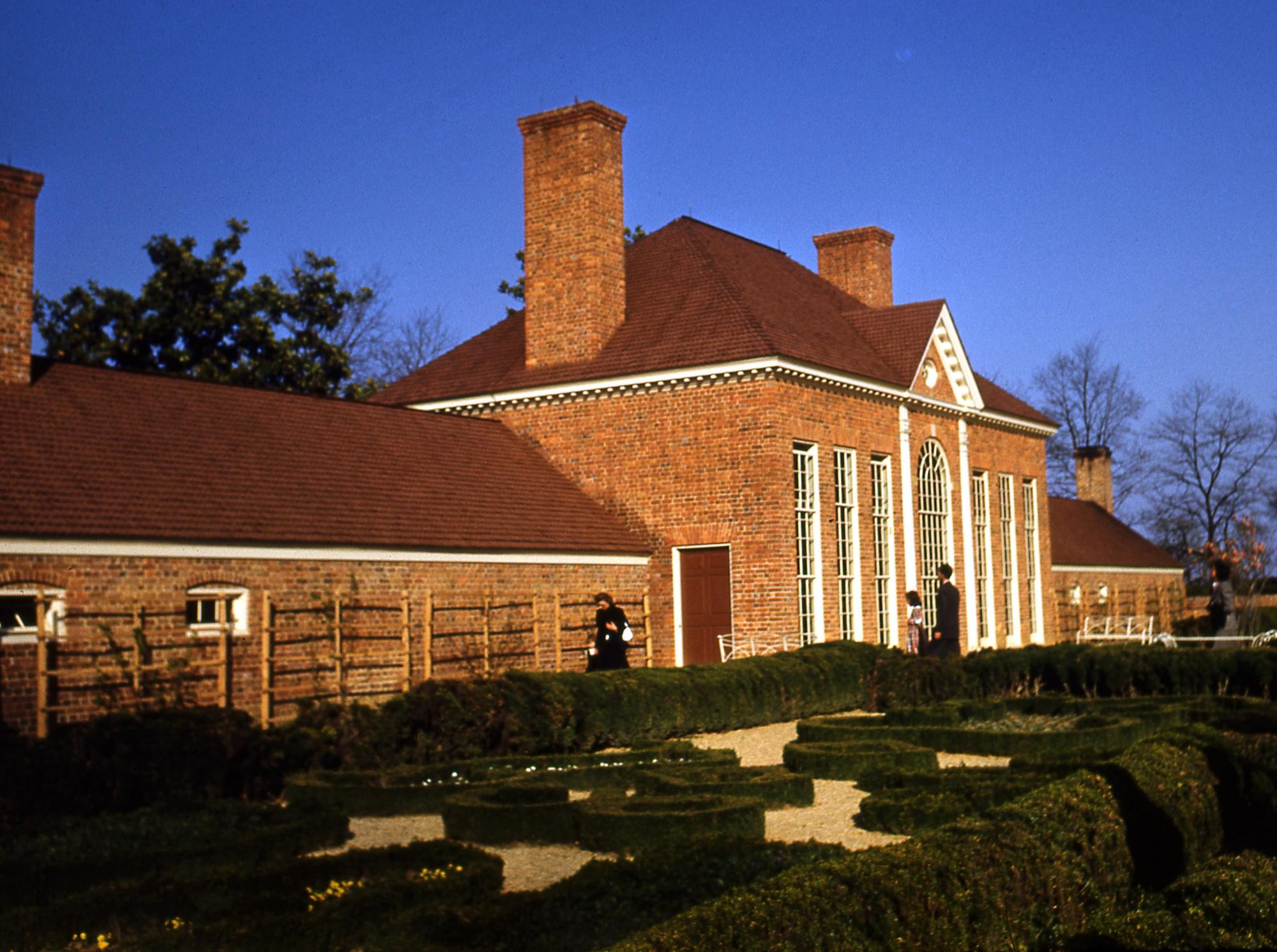 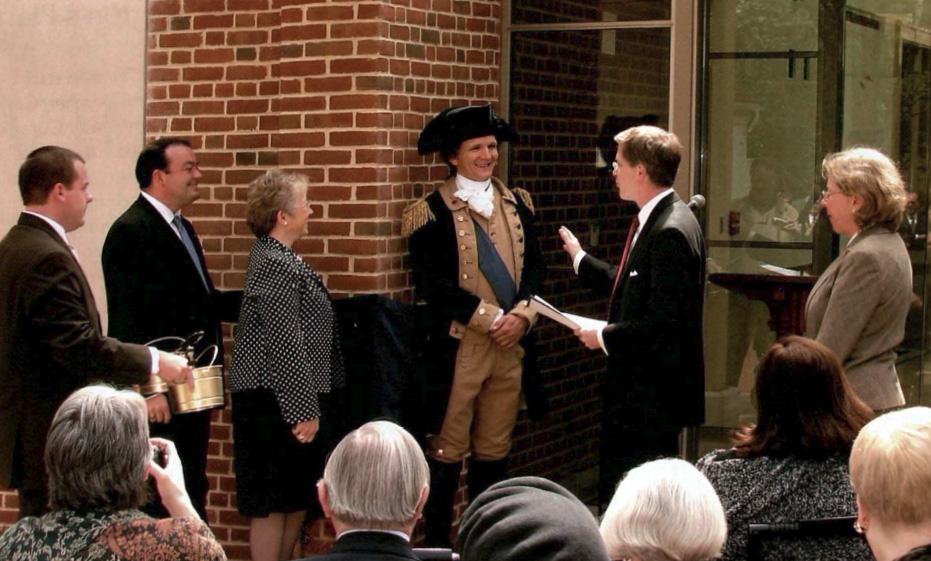 Using 18th-century carvings as his inspiration, Patrick Sanders of Corinthian Stoneworks & Design in Glenn Dale, Maryland, inscribed the date (2006) on two faces of the cornerstone. Sanders's other notable projects include creating stone works for the completion of the Washington National Cathedral, supplying finished cut stone for the restoration of the East Wing steps of The White House, and working on a recent restoration of the Washington Monument. He also replaced carvings at a church damaged by the Oklahoma City bombing, and restored the front entry staircase at historic Gadsby's Tavern in Alexandria, Virginia.

No celebration of a president-elect's inauguration can match the grandeur that surrounded Washington's trip to New York in April 1789 and the subsequent inaugural ceremony at Federal Hall.

Start your visit to Mount Vernon at the orientation center, where you can speak with staff to help plan your day. Maps in several languages and alternate formats, annual passes, and audio tours are also available here.

Henry Ford to the Rescue

Mr. Ford was a devoted supporter of Mount Vernon, and through the continued generosity of the Ford Motor Company, his appreciation for American history and his sense of patriotic philanthropy lives on.