The 16-sided treading barn is George Washington’s very own invention, and is used for processing wheat.

Overcoming the Challenge of Wheat Farming

When Washington moves from tobacco to wheat as his cash crop, he is faced with the challenge wheat farmers have always encountered, that is how to separate the wheat berry from the top of the wheat stalk.

After wheat is harvested, the common way to separate the wheat berry from the stalk was to thresh the wheat with a flail. A laborer would literally beat the grain to separate it from the straw.

Another way to thresh wheat was to use livestock. The animals would walk over the sheaves of wheat and the impact of their hooves would separate the grain from the straw. This was called treading. Treading was done outdoors, which exposed the wheat to the elements and mixed dirt in with the grain. A significant portion of the grain was ruined or lost as a result. Processing the wheat out of doors left the crop exposed to fast moving thunderstorms that could ruin a crop in moments. Washington could lose up to 20% of his harvest to soil and sky. 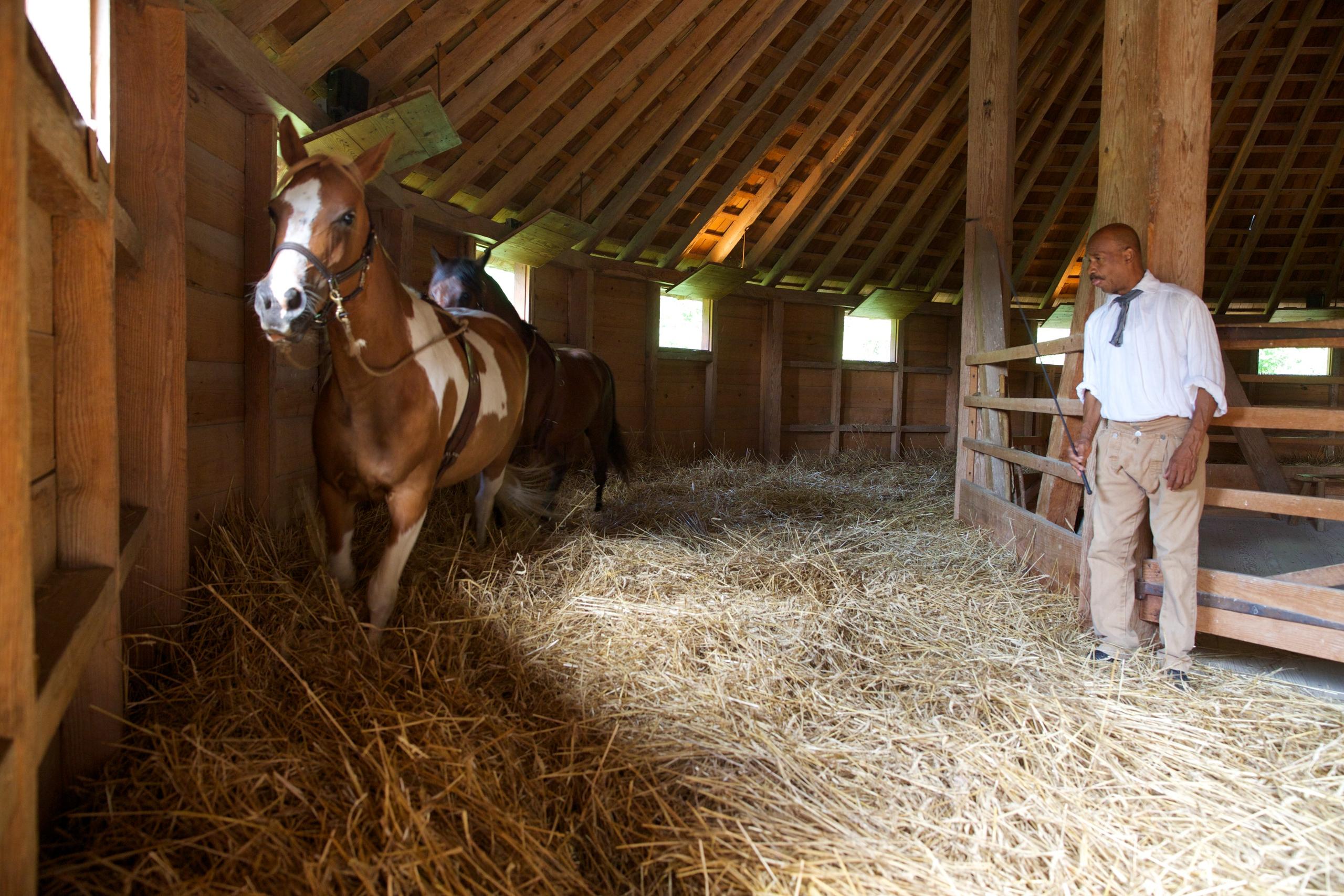 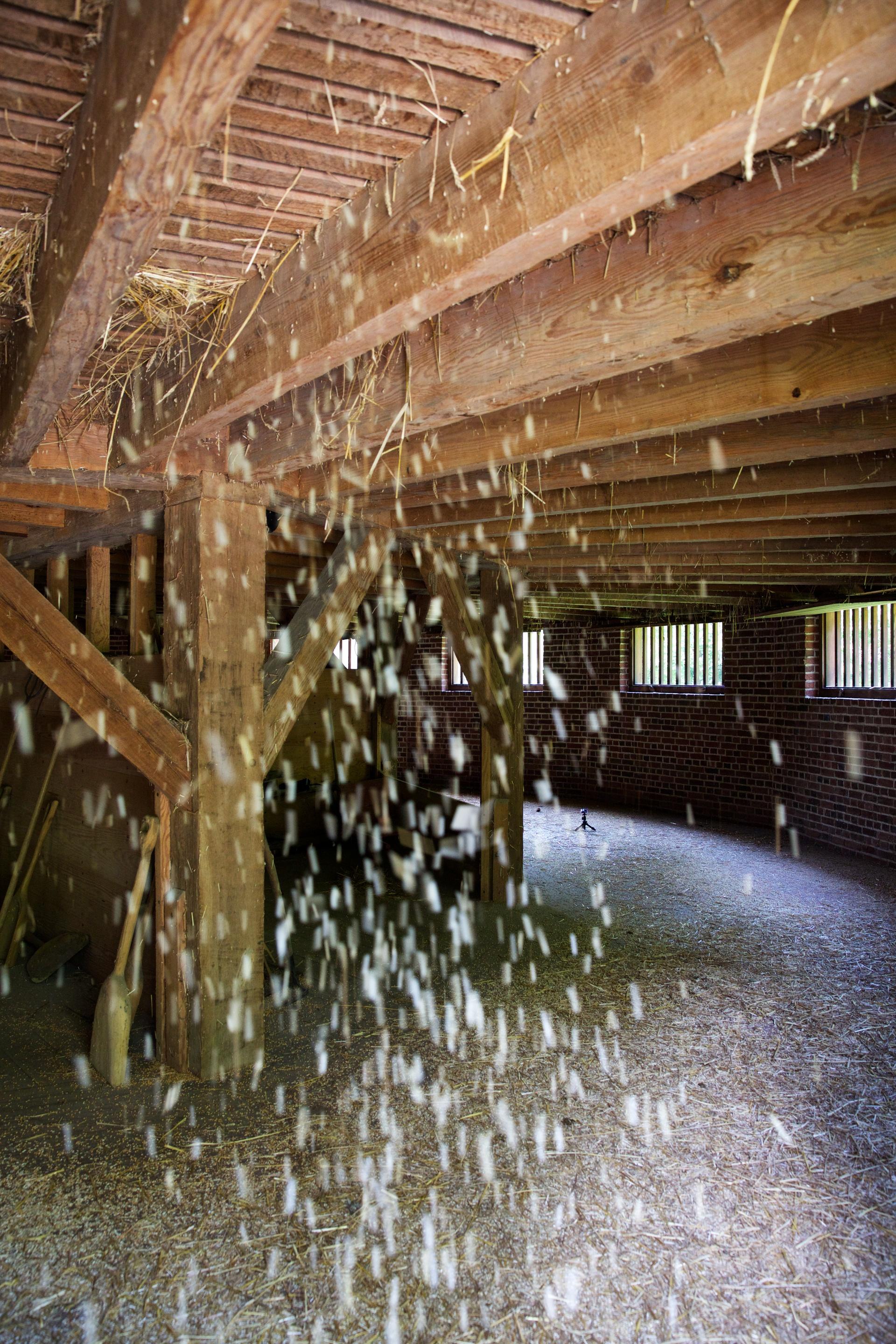 The brilliance of the 16 sided treading barn was taking the most efficient method of processing horsepower/treading and moving it under cover. The other unique quality of the barn is its two story structure with inch and half gapped floor boards on the top level where an acre’s worth of wheat can be laid down for horses to trot on.

The horses are led up the ramp, immediately put into a trot over the 30-45 minutes. The horses’ hooves will knock 90% of the seed from the top of the stalk and down through the floorboards to the clean wooden granary floor below.

Only 10% of the straw escapes through the floorboards, keeping 90% of that waste on treading floor.

Once the seed has fallen to the granary floor below, it is swept up and the seed is separated from the chaff in a process called winnowing. At the point the grain is either stored or transported to Washington’s gristmill for processing into flour.

The real innovation of Washington's 16-sided barn is the way it combines and automates several steps.

In the 16 sided barn, everything happens at once. It also provides protection from the elements and greatly improves the efficiency of the process, cutting Washington’s losses in half. 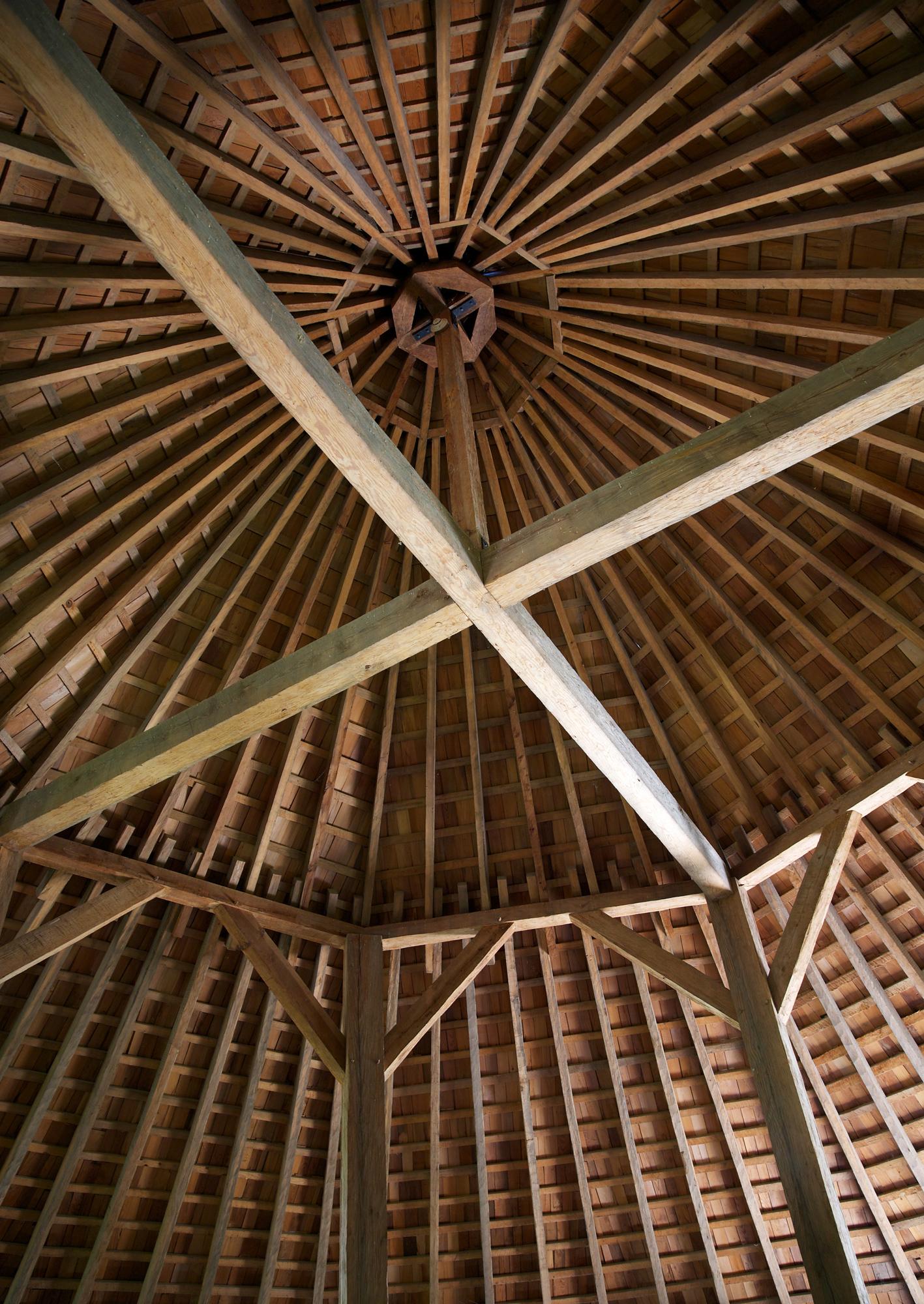 The barn was reconstructed in 1996 accordance with the original plans and specifications that Washington sent to his carpenter.

The original barn was built in 1792 on Mount Vernon’s Dogue Run Farm by enslaved craftsmen. It was located about 4-5 miles from here. The barn was the center of a complex that included two corn houses and two stables housing approximately 20 animals who worked in the barn.