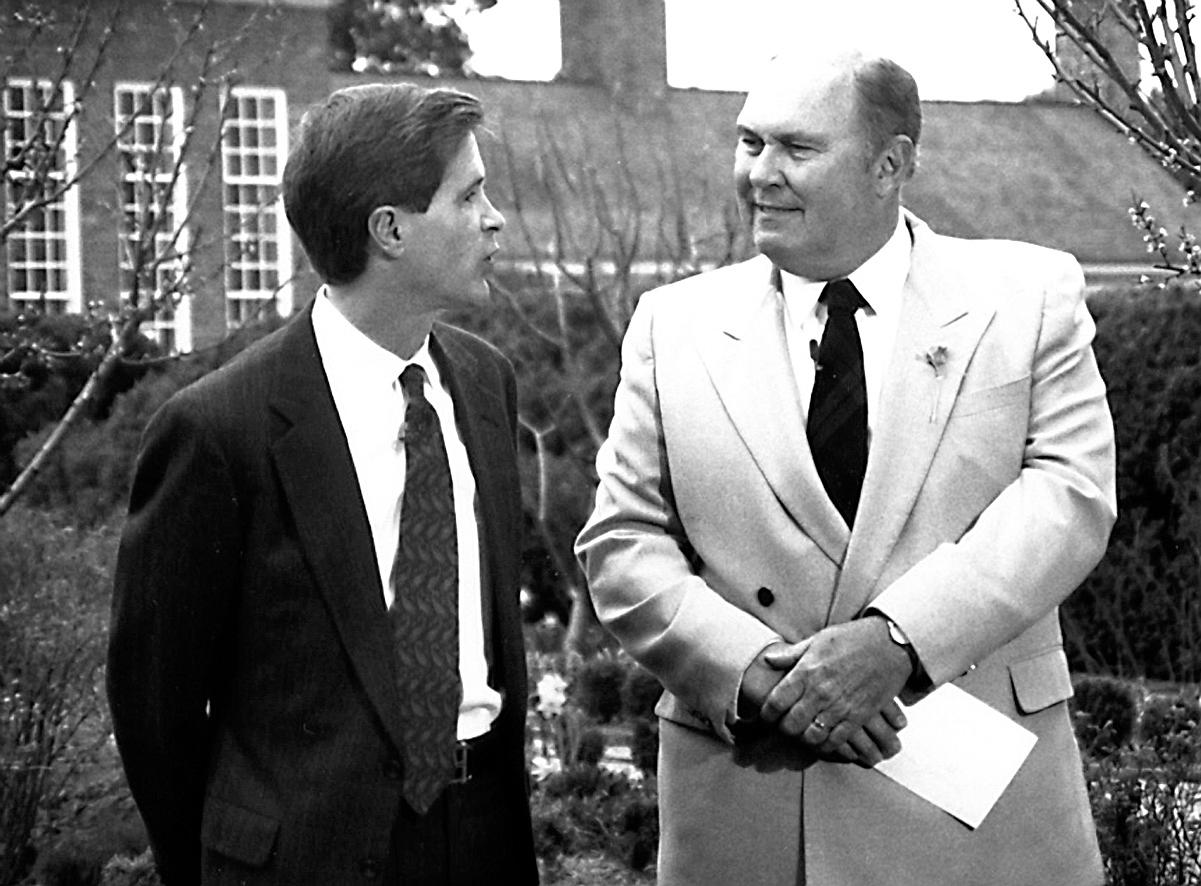 Live from Mount Vernon! Willard Scott, the popular weatherman for NBC's Today Show, broadcast his reports from the east lawn of George Washington's home on August 3, 1985 to herald the opening day of Mount Vernon's Fife and Drum Weekend. To the accompaniment of early-morning fife and drum music, Scott told television viewers across America about the estate's largest musical event to date.

Two talented corps-- the Mount Vernon Guard and the Patowmack Ancients-- arose at the crack of dawn in order to be featured in the segments. Over the course of the weekend, they were joined by 13 additional corps representing 7 different state. 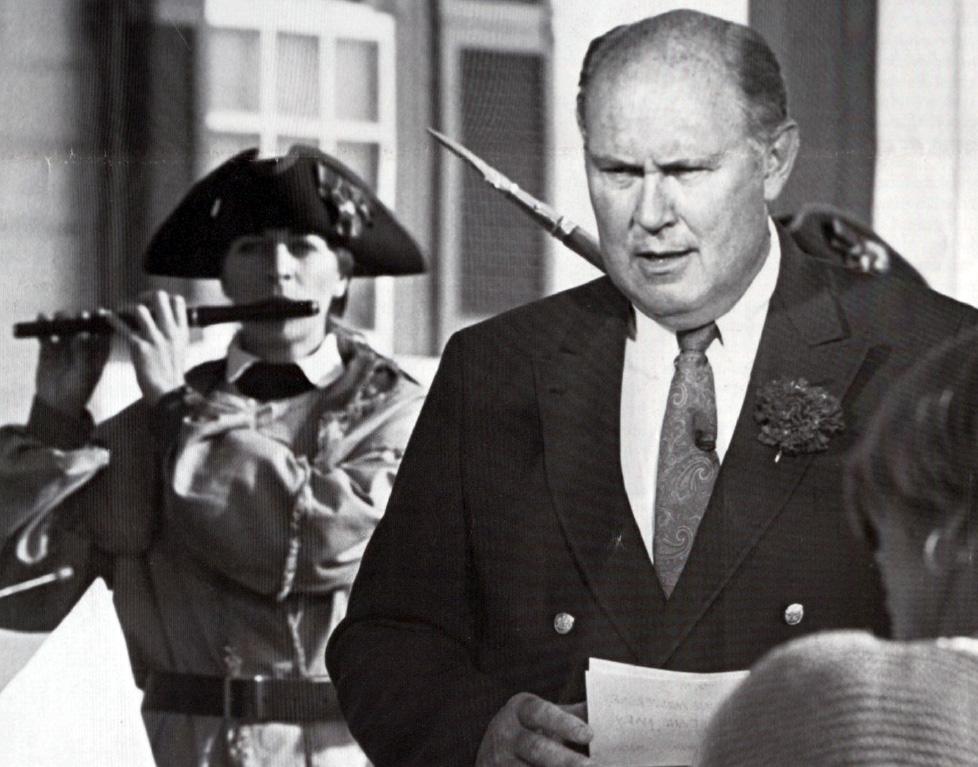 During another segment, the jovial television personality talked with Mount Vernon's Chief Archaeologist, Dennis Pogue, who showed Scott a fragment of an original piece of china that had belonged to Martha Washington. Visiting George Washington's farm is a special treat, says the country's best-known weatherman, who spends his weekends at his own Virginia farm, just a little over an hour's drive away from Mount Vernon.