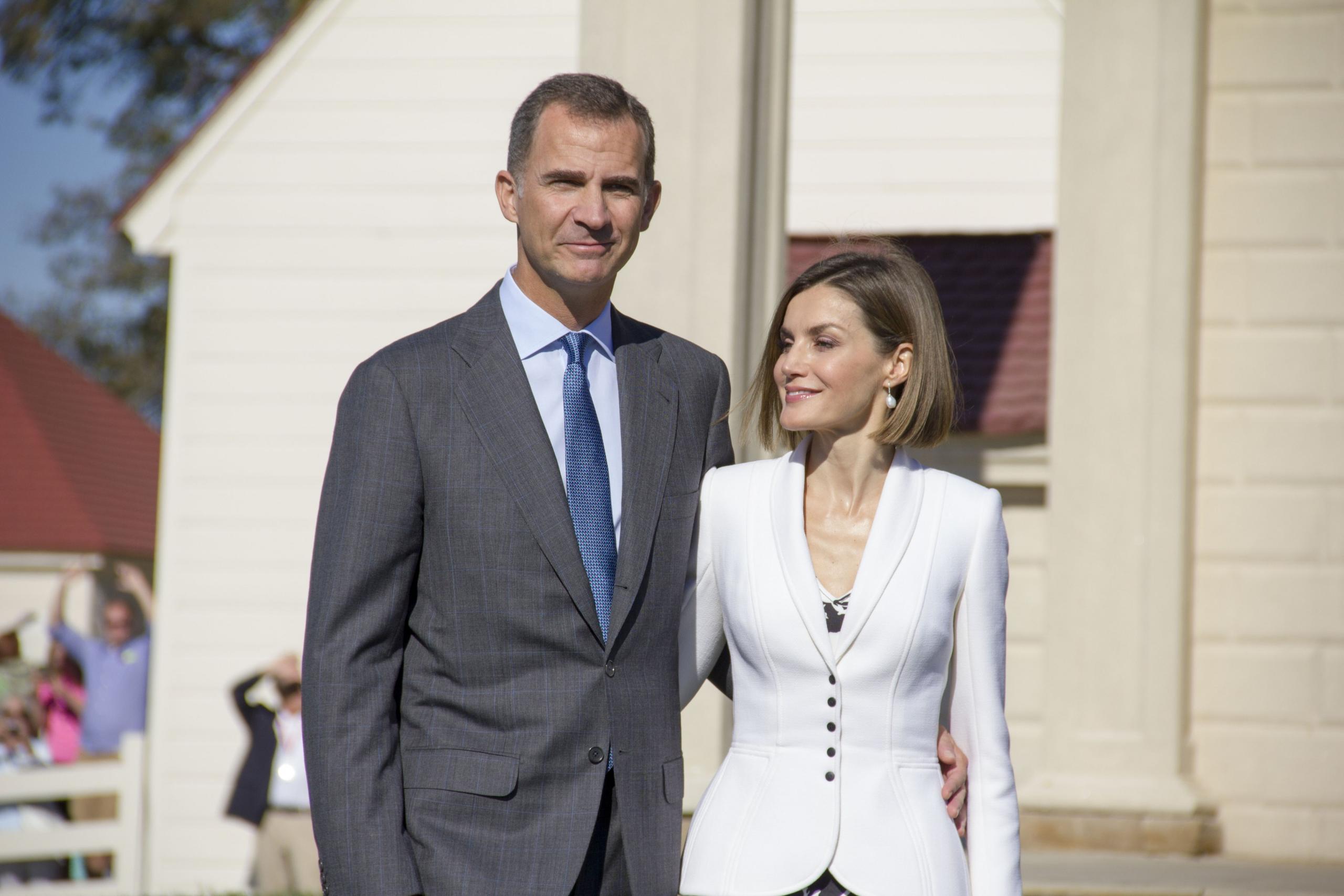 When I went this morning to visit Mount Vernon, I wanted to start off this visit with that emotional touch honoring and respecting the first U.S. President, George Washington, and also reflecting upon the history that binds us together with the birth of this nation and your strive for independence in which Bernardo de Galvez, as you know, had a very important participation.

Their Majesties King Felipe VI and Queen Letizia requested that the first act of their first official visit to the United States would be a visit to Mount Vernon as homage to George Washington, and to highlight the long-standing historic relations between our two countries,” said Ramón Gil-Casares, Spanish Ambassador to the United States of America.

During their visit the couple performed a wreath laying ceremony at the tomb of George and Martha Washington, took in the restored New Room and received a private tour of the Washington Library where they were able to examine the copy of Don Quixote as well as the Acts of Congress and other important Washington documents.

See Photos from the Visit

While not an official ally of the United States, Spain played an important role in helping win the American War of Independence. The governor of Spanish Louisiana, Bernardo de Gálvez, helped fund the American war effort, and personally led successful attacks against British-held Baton Rouge (1779), Mobile (1780), and Pensacola (1781). The Spanish navy also combined forces with the French to threaten an invasion of Great Britain (1779), lay siege to Gibraltar (1779-1783), and capture the Mediterranean island of Minorca (1781). These actions kept the bulk of the British Royal Navy in European waters, and paved the way for George Washington’s capture of British General Charles Cornwallis’ forces at Yorktown (1781). During the war Washington had regularly cordially welcomed Spanish representatives and shared political and military intelligence. For their part, the Spanish regularly offered arms, ammunition, and other supplies, items particularly welcome during the scarcity of war.

Spanish-American friendship continued to be strong after the war. In 1785, the King of Spain, Charles III, gave Washington a prized Spanish donkey. Washington, ever the agricultural re-former, had long sought a donkey so that he could breed mules at Mount Vernon. Two years later, Spain’s ambassador to the United States, Don Diego de Gardoqui, presented George Washington with an impressive leather-bound copy of Miguel de Cervantes’ Don Quixote. Although Washington could not read the Spanish language version of the book, he had earlier purchased an English translation on the same day that he signed the Constitution of the United States. The Fred W. Smith National Library for the Study of George Washington at Mount Vernon owns both of Washington’s copies of “Don Quixote."