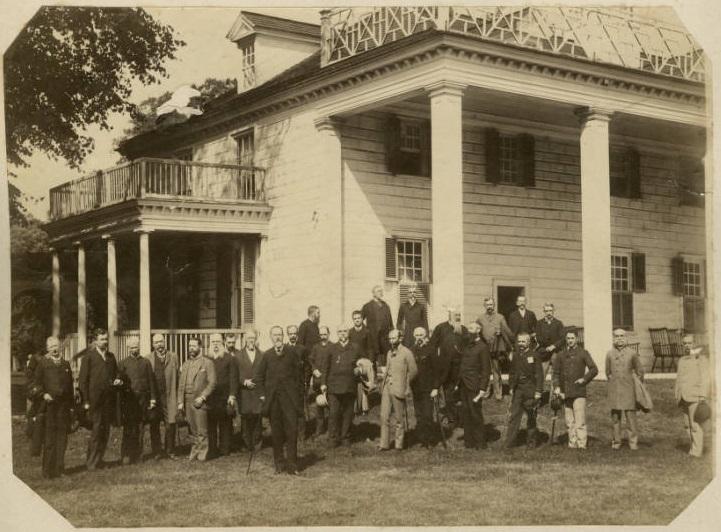 Prince Philippe, the Comte de Paris, arrived at Mount Vernon on the U.S. steamer Dispatch on October 8, 1890. While a significant number of distinguished gentlemen were in Prince Philippe’s entourage, the visit “was devoid of anything like an official character,” according to Philadelphia’s Public Ledger newspaper. When asked if he had ever visited Mount Vernon before, the Prince replied, “I sailed past it several times, but in those days it was not considered a safe landing place,” referring to his two years of service in the Union Army during the American Civil War. The party was given a complete tour of the estate lasting around an hour. Prince Philippe was particularly interested in the key to the Bastille on display in the Mansion and asked an attendant to copy the letter written by the Marquis de Lafayette in which he forwards the key to Washington as a gift. He later expressed to the Regent of the Mount Vernon Ladies’ Association his gratitude and pleasure of finally visiting the home and tomb of Washington.