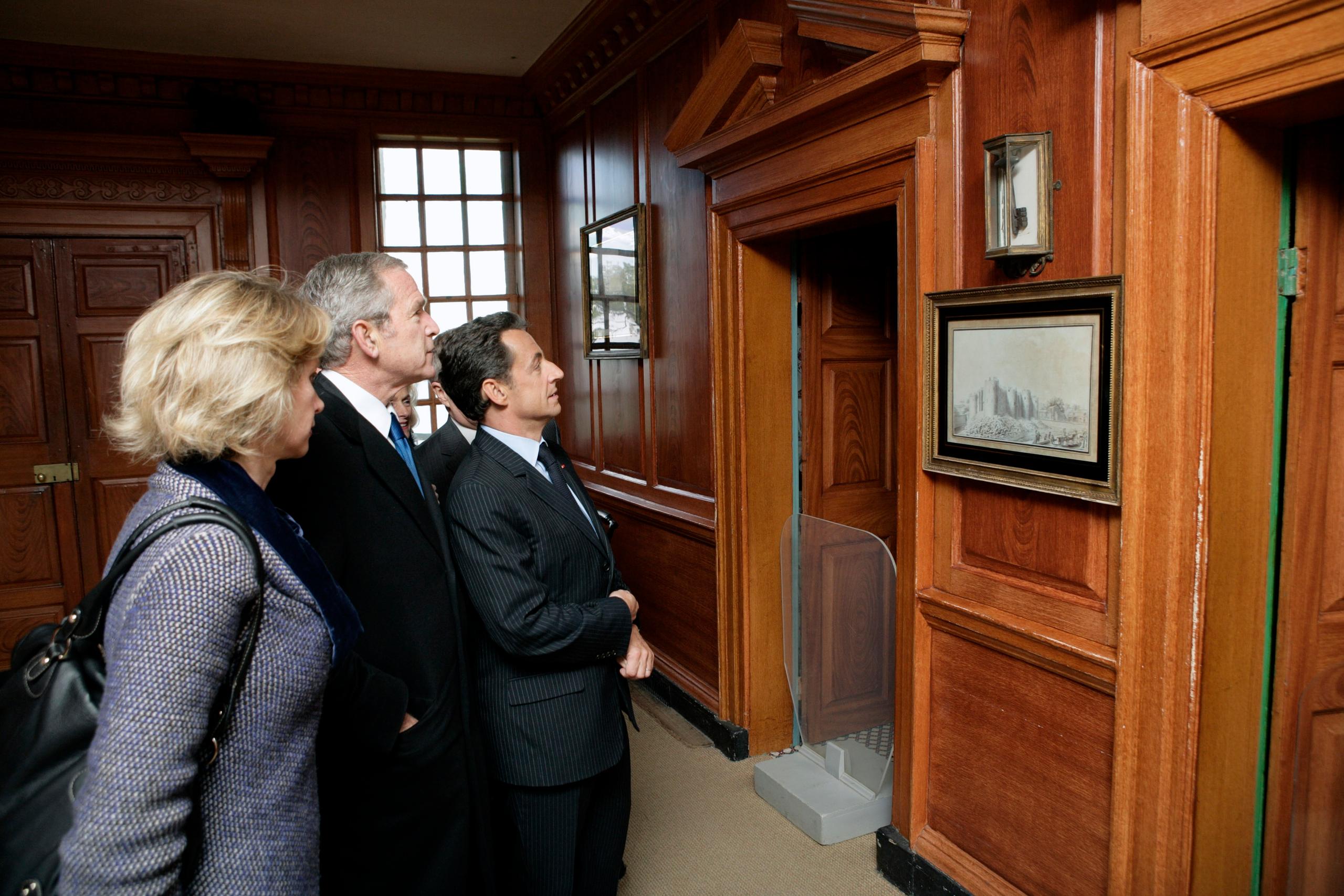 President Nicolas Sarkozy of France and President George W. Bush held a closed-session meeting with advisors in the New Room of the Mansion at Mount Vernon on November 7, 2007. The two world leaders met to discuss strengthening security and encouraging democracy in the Middle East. Historians noted it as the first time the Mansion was used for a substantive meeting between heads of state. At the following press conference, both Presidents referred to following in the historic footsteps of George Washington and the Marquis de Lafayette, who perhaps also discussed matters of international importance in the same room more than two centuries before. Bush remarked, "I have a partner in peace who has clear vision, basic values, who is willing to take tough positions to achieve peace." Following the business session, they walked through the Upper Garden to the Greenhouse where they enjoyed a luncheon prepared by the White House chef. 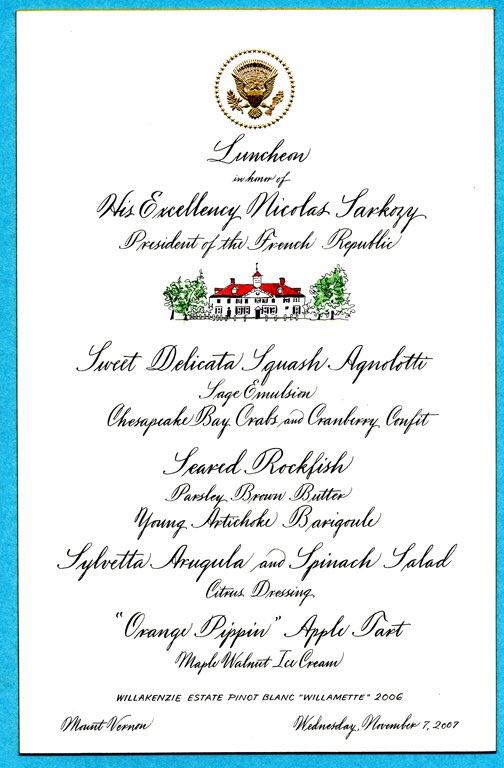