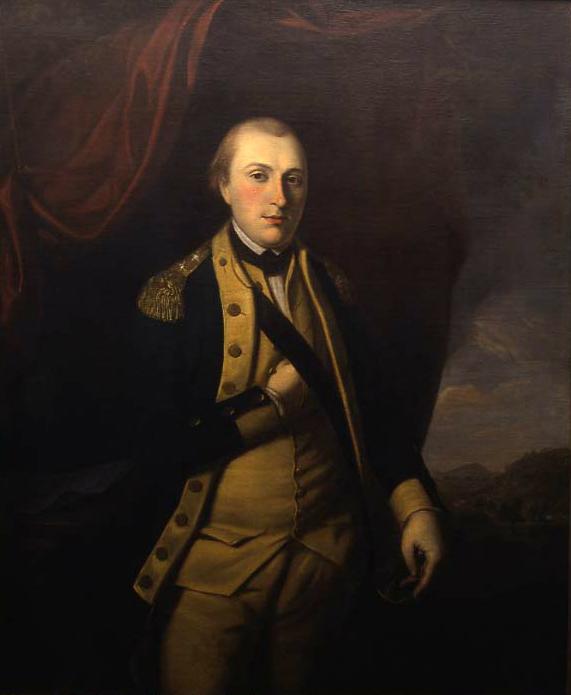 When the Marquis de Lafayette arrived in the summer of 1784 at Mount Vernon, he wrote home to his wife that he was “reveling in happiness” at again seeing Washington, his general and adopted father. The joyous reunion and the honor conferred by the nobleman’s stay made a deep impression on the Washingtons and their household.

Lafayette’s visit, split over a few weeks in August and then November, formed part of a post-war celebratory tour of the country he had helped to bring into being. Over the course of five months, Lafayette travelled from Boston to Richmond, meeting with old friends and comrades, networking, and strengthening political and commercial ties between France and the new United States. The highlight of the tour was his long-anticipated visit to Mount Vernon. Here at last, Lafayette and Washington enjoyed the pleasure of each other’s company without the extreme pressures of war, with time for extended conversation and reminiscences amidst the relative leisure and tranquility of family life in the country.

Writing home to his wife, Adrienne, Lafayette said of the General, “I assure you that in retirement General Washington is even greater than he was during the Revolution.”

When they parted on November 28, 1784, they both realized they would not likely see each other again. Washington was 52 and Lafayette was 27. While they corresponded and sent gifts to one another until the end of Washington’s life, they never saw each other again.

When Lafayette returned for his grand tour of the United States in 1824 at the invitation of President Monroe, he briefly stopped at Mount Vernon again to pay his respects. It was later recounted that Lafayette visited Washington’s tomb alone and returned to his party with tears in his eyes.