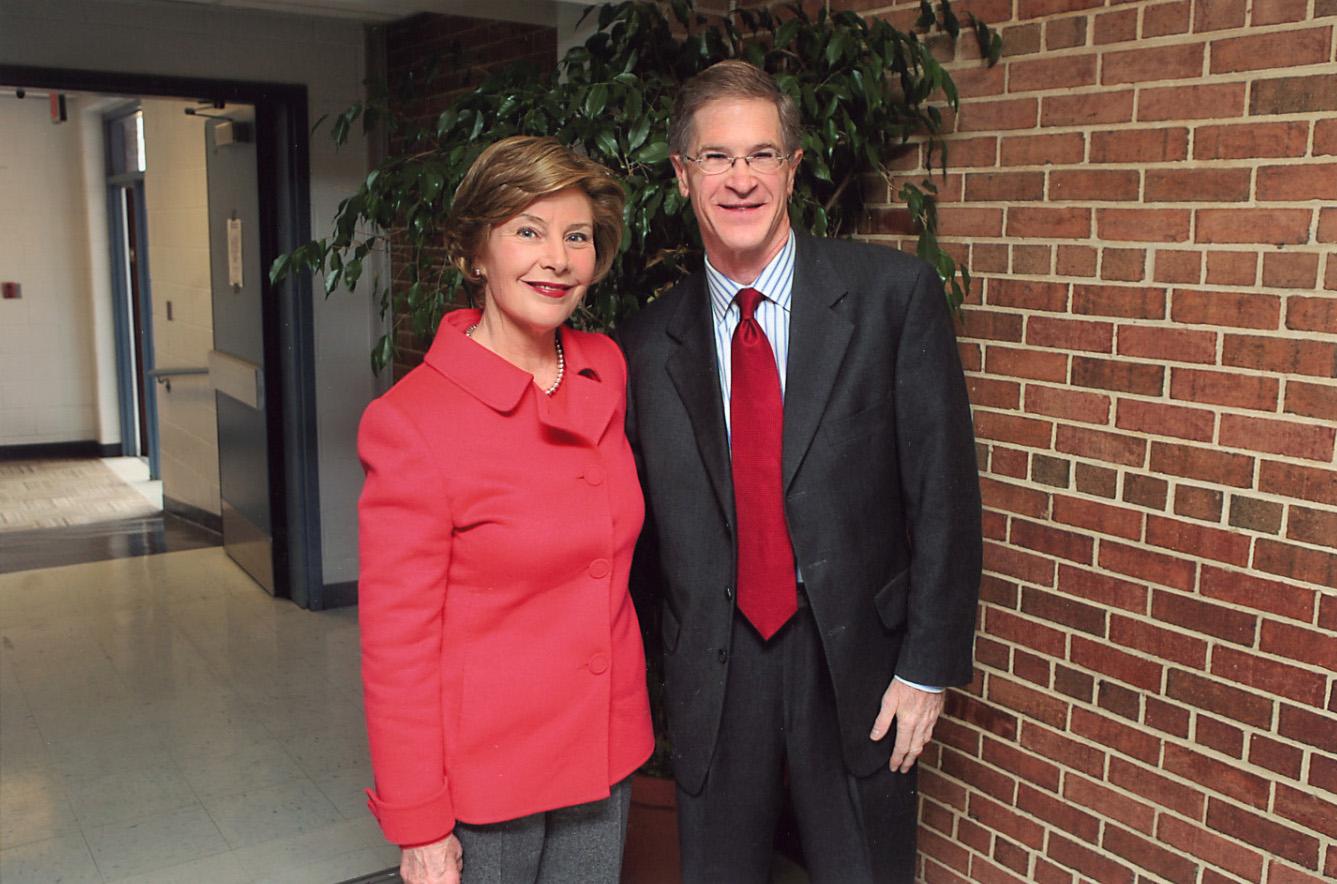 Spring 2001 and other occasions

First Lady Laura Bush and a dozen members of her Austin, Texas, garden dub toured Mount Vernon on April 10. Although the tour was not announced publicly, several thousand visitors recognized the First Lady and provided a warm welcome to George Washington's home.

Following the tour of the gardens, Mansion and museum, the group was hosted for lunch by the Regent, Ellen Walton, and the Vice Regent for Maryland, Carew Lee.

Although a number of the Austin residents were touring Mount Vernon for the first or second time, comparatively speaking, Mrs. Bush is a "Mount Vernon regular." When the Bush family lived in Northern Virginia in the late 1980s, Mrs.
Bush and her daughters brought out-of-town friends to the estate "five or six times."

"We are flattered that the First Lady has visited Mount Vernon so early in the first, year of her husband's administration, noted Mrs. Walton. "We hope she will return to Mount Vernon often in the months and years ahead, because I think we share a special interest in educating America's children".