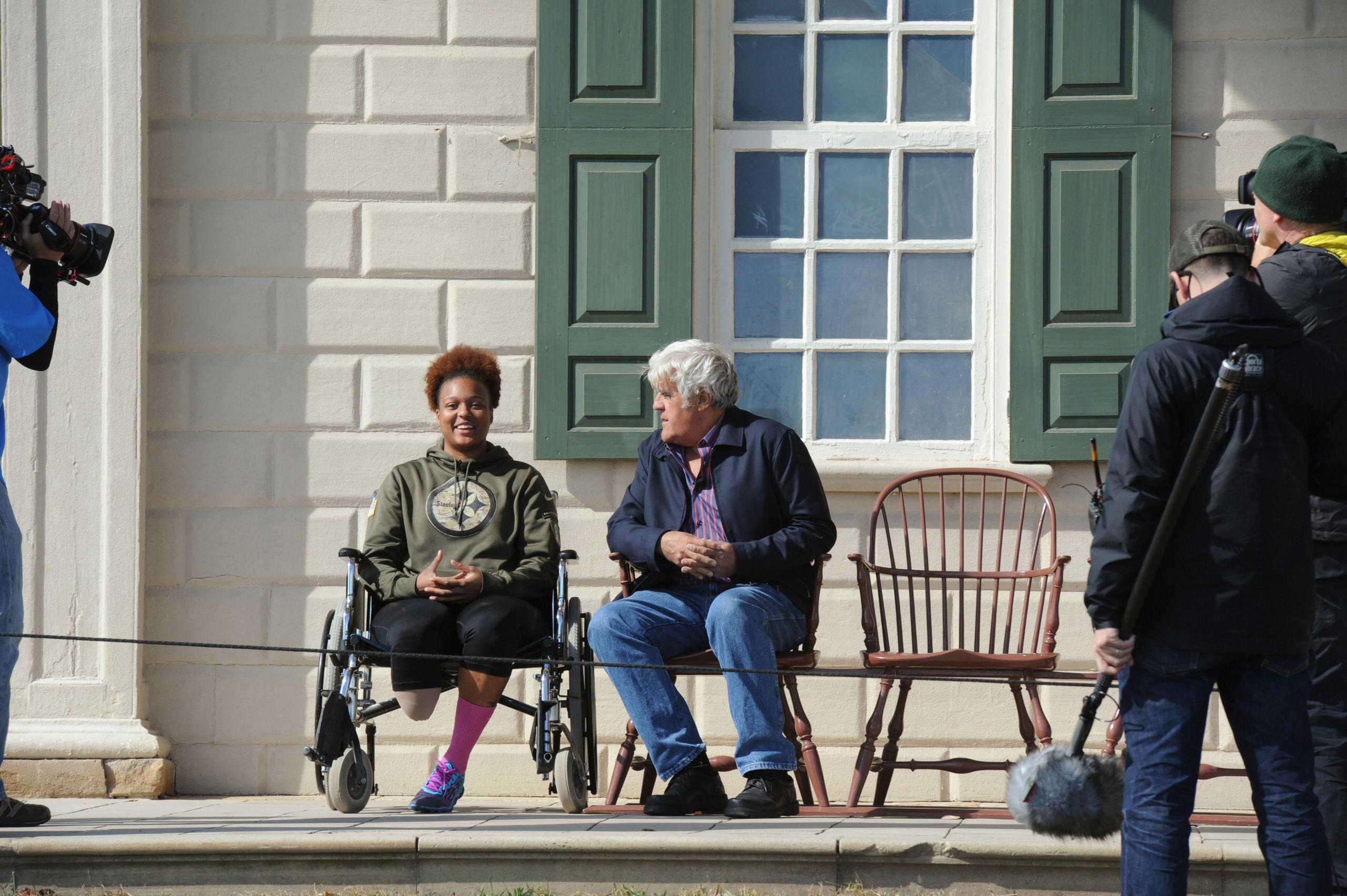 Morris arrived in a sporty white Fiat, driven by Leno, while producers from NBC’s Today Show chronicled her visit for a November 1 broadcast. Having lost her lower right leg in a 2013 incident in Afghanistan that claimed the lives of every other member of her unit, Morris received the Purple Heart in recognition of her sacrifice. While touring the estate with Leno, Morris paused for a visit at the Purple Heart Memorial, noting George Washington’s connection to the American military’s oldest honor.

As they prepared to depart, Leno—a classic car enthusiast—surprised Morris with the keys to the Fiat, which had been specially configured for her to operate the pedals by hand. Waiting in the car were Morris’s mother, brother, and nephew, who came in from Ohio to top off the surprise. Her visit was coordinated by the Army’s Regional Health Command-Atlantic and the Fort Belvoir Public Affairs Office.

Watch the clip from NBC's the Today Show