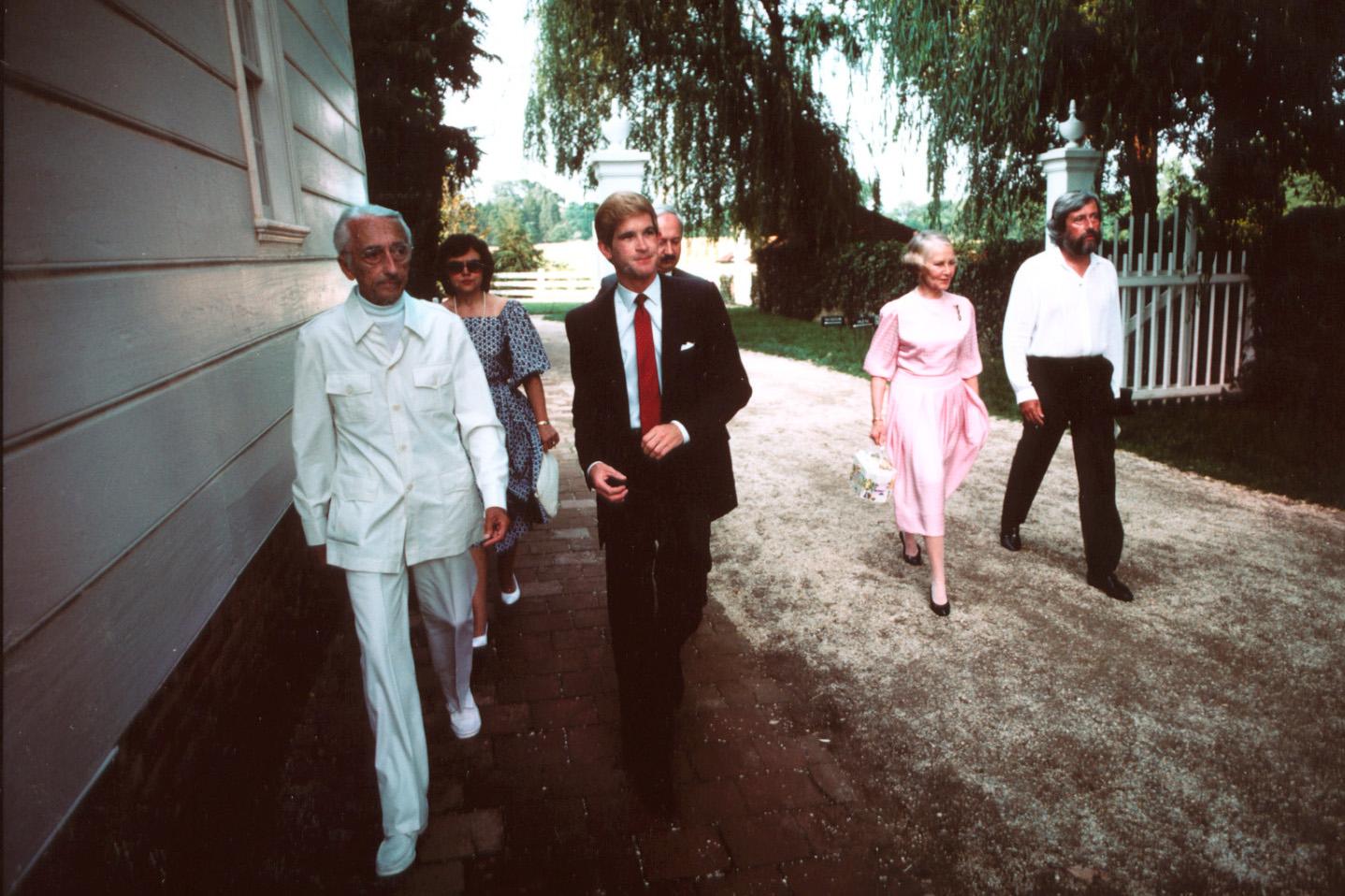 Jacques Cousteau celebrated his 75th birthday at Mount Vernon in a lavish event sponsored by Ted Turner and Turner Broadcasting. Over 2,000 people attended including several celebrities. Cousteau and his son, Jean-Michel, arrived by helicopter ahead of the other attendees for a guided tour of the Mansion and gardens. His boat Calypso docked at the wharf bringing his special guests. The party was featured in a television production celebrating Cousteau’s life and legacy and was seen by millions of viewers worldwide. Members of the Mount Vernon Ladies’ Association presented Cousteau with the gift of a cutting from an original Washington elm tree.