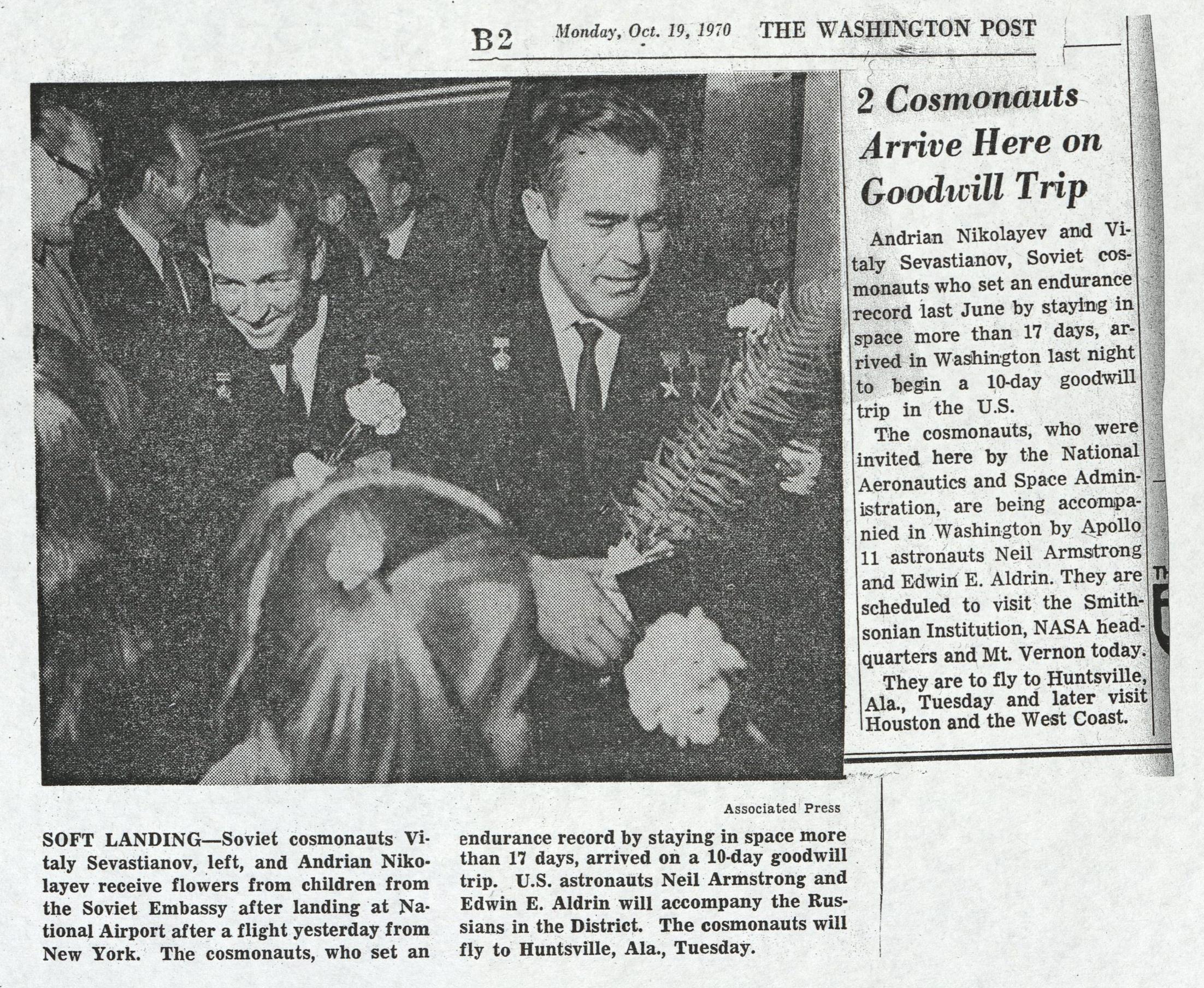 On October 19, 1970, Apollo 11 astronaut, Buzz Aldrin, accompanied two Soviet cosmonauts, Andrian Nikolayev and Vitaly Sevastyanov, on a visit to Mount Vernon as part of their goodwill tour of the United States. They were received by the Regent, Elizabeth Cooke, and given a tour of the estate by the Resident Director, Charles Cecil Wall.

After more than a decade of competing in the Space Race, which culminated with the moon landing in July 1969, the United States and the USSR slowly began to acknowledge the benefits of international scientific cooperation. NASA invited these cosmonauts, who had recently set a record for the longest amount of time in space, to the United States in an effort to begin diplomatic collaboration.

During their tour, they visited Washington, D.C., Houston, Huntsville, AL, and the West Coast. Five years later in 1975, the U.S. and the Soviets completed their first successful space partnership with the Apollo-Soyuz mission.

Thank You Letter from Buzz Aldrin

A month after his visit to Mount Vernon, Aldrin wrote this letter to Resident Director Charles Cecil Wall thanking him for “an informative, relaxing, and pleasant interlude” at Mount Vernon:

You arranged a most pleasant afternoon for us during the recent visit to the United States of Soviet Cosmonauts Nikolayev and Sevastyanov. It was an informative, relaxing and pleasant interlude in an otherwise very busy schedule. The Cosmonauts expressed to me their gratitude for the opportunity to visit at Mount Vernon. To this I add my own.

With warmest personal regards, I remain