After aging for two years in barrels, this straight rye whiskey was bottled and labeled by hand. 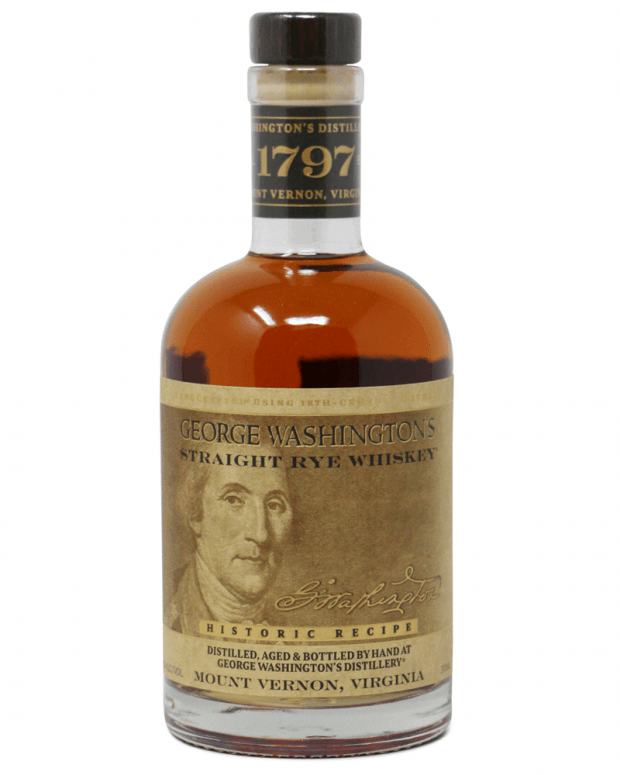 The mash bill, or recipe, was discovered by researchers examining historic distillery ledgers for 1798 and 1799. His whiskey consisted of 60% rye, 35% corn and 5% malted barley.

The records also indicate that George Washington’s whiskey was distilled at least twice before being sent to market. In Washington’s time, whiskey was not aged in barrels but was sold in its unaged clear, colorless form.

Mount Vernon staff, working with the assistance of several craft distillers, produced this whiskey based on traditional 18th-century methods. This straight rye whiskey was double-distilled in copper pot stills heated by wood fires, making this rye whiskey as close to the original recipe as possible.

Available for sale at: