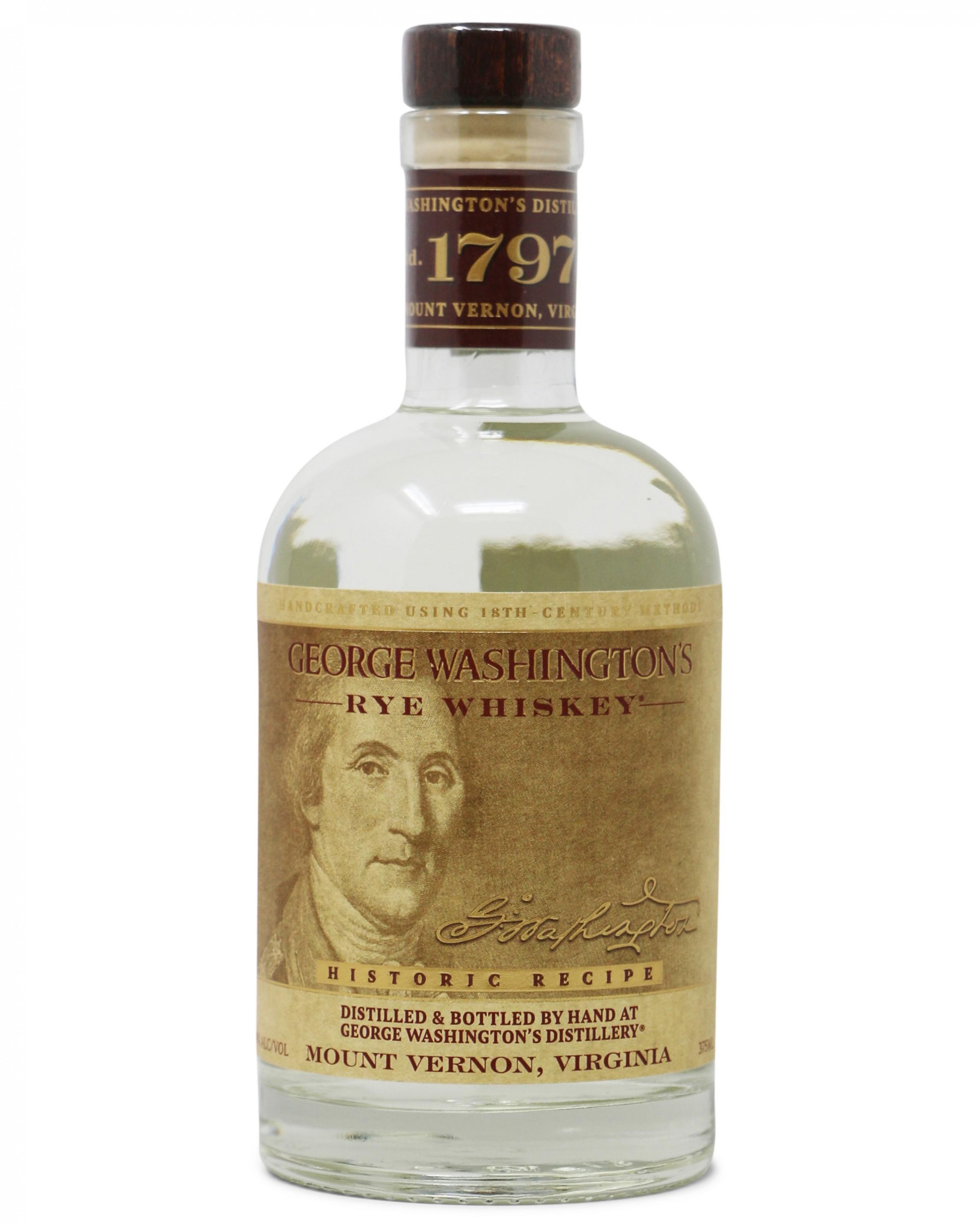 The mash bill, or recipe, was discovered by researchers examining the distillery ledgers for 1798 and 1799. His whiskey consisted of 60% rye, 35% corn and 5% malted barley.

The records also indicate that George Washington’s whiskey was distilled at least twice before being sent to market.

In Washington’s time, whiskey was not aged and was sold in its original form. The whiskey in this bottle accurately represents that process.

Mount Vernon staff used Washington’s original mash bill and traditional 18th-century methods in the production of this rye whiskey. This included grinding of all the grain in Washington’s water-powered gristmill, fermenting in wooden mash tubs and distilling in copper pot stills heated by wood fires.

George Washington’s Rye Whiskey® is the official state spirit of the Commonwealth of Virginia. Available in 375ml bottles and mini-bottle gift set!

Available for Sale at: