During the Civil War, George Washington’s estate sat on the border between Union and Confederate forces and has many connections to the war.

Mount Vernon was located in the Confederate States of America

On May 23, 1861, Virginia voted to secede. At 1:30 am on May 24, President Abraham Lincoln sent Union troops into Alexandria. Located on the Potomac River roughly nine miles from Washington, DC, Alexandria would be occupied by the Union Army longer than any other city. George Washington’s home, Mount Vernon, was located in Virginia less than ten miles south of Alexandria. 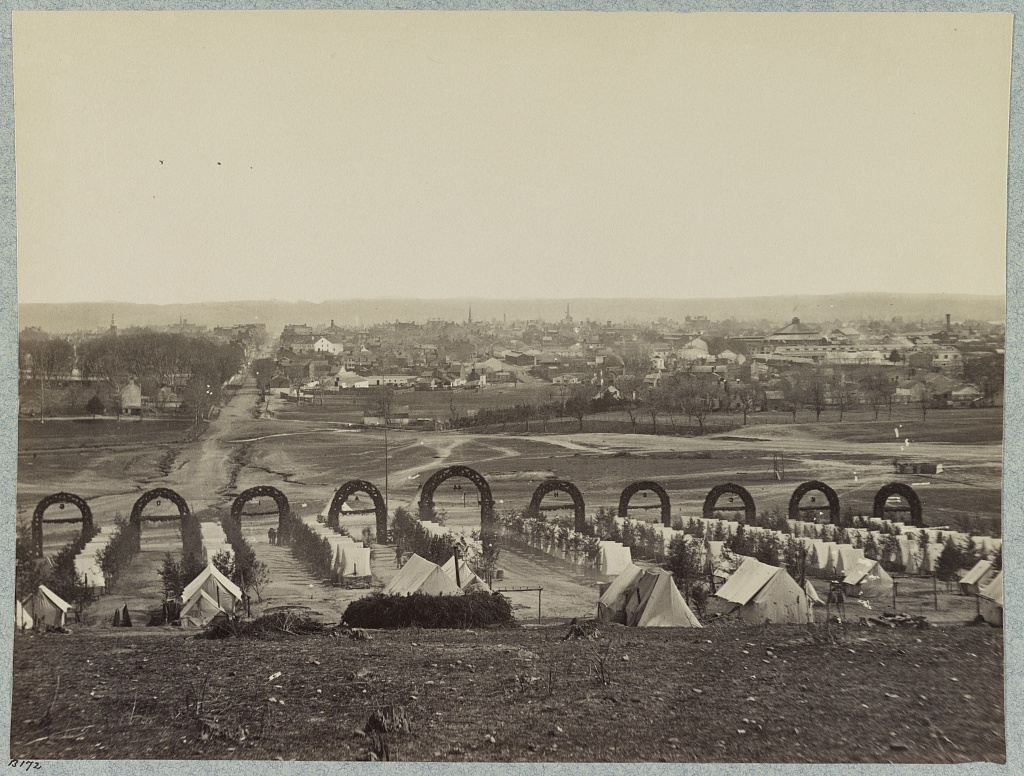 No Battles Occurred on the Estate

Upton Herbert, Mount Vernon’s first superintendent hired by the Mount Vernon Ladies’ Association (MVLA), and Sarah Tracy, secretary to MVLA Regent Ann Pamela Cunningham ensured no battles came to the property. They remained on the estate throughout the Civil War. As a native Virginian, Herbert negotiated with Confederate leaders. Tracy, who was from the north, spoke with top Union officials. Their efforts paid off, and while battles did get within a few miles, there was never a conflict on the property.

At six o'clock in the morning, I was aroused by cannon, and from then till one o'clock there was not three, no, hardly one minute between each fire. Then for half an hour it ceased, recommenced, and continued till dark. The sun rose upon their fury, and went down upon their unquenched wrath. 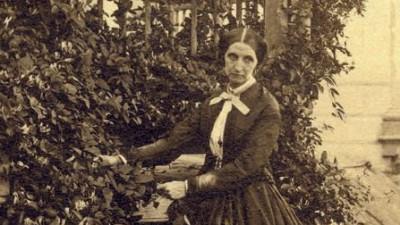 After their occupation of Alexandria, Federal troops attempted to confiscate the funds the MVLA paid John Augustine Washington III for Washington’s estate. They searched Burke and Herbert Bank and Burke’s home but did not find the money. Burke hid the money and bonds in his home then requested Sarah Tracy do a "great favor for the Washington family." She placed the money in a basket of eggs, passed through the Union Army lines into the District of Columbia, and deposited the funds at Riggs Bank.

Throughout the war, Mount Vernon was open to the public. However, it became very difficult for visitors to come to the estate. To travel by land, a pass was needed to get through the Union lines. The main method to get to Mount Vernon was by water. However, the Potomac River could only be used when the Union Army allowed non-military boats to operate. Military use of the waterway caused an infrequency in civilian boats, and the property suffered greatly from the drastic decrease in visitation.

For two miles this side of Alexandria, until I reached Mr. Riggs', it is nothing but soldiers in the streets and on the boat. Then all the camps to pass through! For the rest of my life I shall have a dislike for a gun, or a drum, or a military uniform!

Treasured by the North and South

Soldiers fighting on both sides of the Civil War revered George Washington’s legacy and visited during the war. When touring, soldiers were instructed not to bring weapons or wear uniforms. Those who did not follow the rules were given a shawl to cover up and required to leave their arms outside.

Many of them come from a great distance...and have no clothes but their uniforms. They borrow shawls and cover up their buttons and leave their arms outside the enclosures, and never come but two or three at a time. That is as much as can be asked of them.

In 1865, Union soldiers carved a five-pointed star and a Latin or Greek cross into an oak tree. Over the years, the carvings were periodically re-cut to prevent the bark from obscuring them. In 2018, the tree, which dated to George Washington’s life, fell.

Below are the carvings removed from the tree after it fell in 2018. 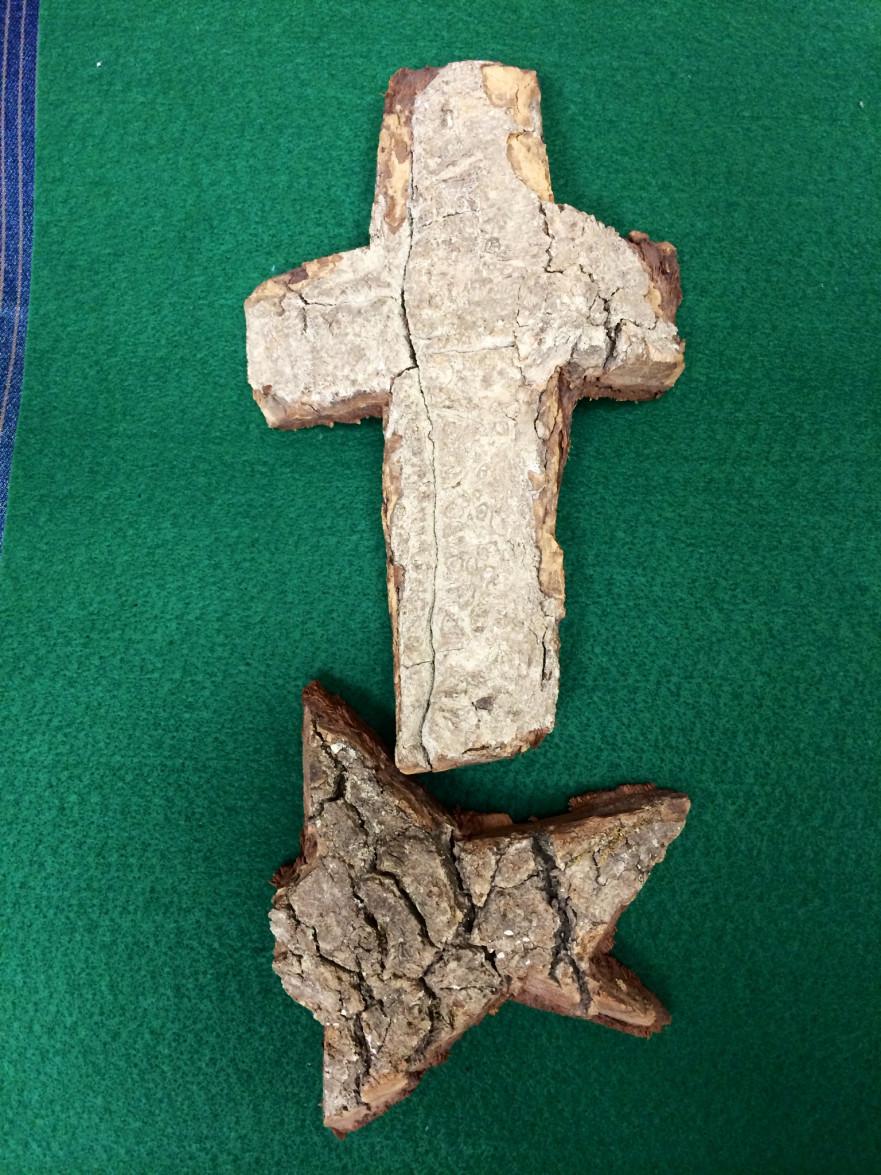 Robert E. Lee was Related to the Washingtons

In Martha Washington’s will, she bequeathed "all the silver plate of every kind of which I shall die possessed, together with the two large plated cooler the four small plated coolers with the bottle castors," to her grandson, George Washington Parke Custis. His daughter, Mary Anna Randolph Custis, married Robert E. Lee on June 30, 1831. When George Washington Parke Custis died, he passed on Washington family heirlooms to his daughter.

During the Civil War, as Federal troops advanced on Arlington House, the flatware engraved with Washington's crest, large wine coolers, and bottle rollers were packed into trunks and sent first to Alexandria, then to Richmond, and finally to the Virginia Military Institute in Lexington for safekeeping. Some of the objects belonging to George and Martha Washington survived the war.

Less than three weeks before the Confederacy attacked Fort Sumter in April 1861, First Lady Mary Todd Lincoln and some of her friends toured Mount Vernon. President Abraham Lincoln did not accompany his wife on this trip. However, in April 1862, Lincoln traveled down the Potomac River past Mount Vernon but was advised not to land.

Originally built in 1734 his estate has stood the test of time.