World War II had a significant impact on the Mount Vernon estate, much like it did the rest of the nation. 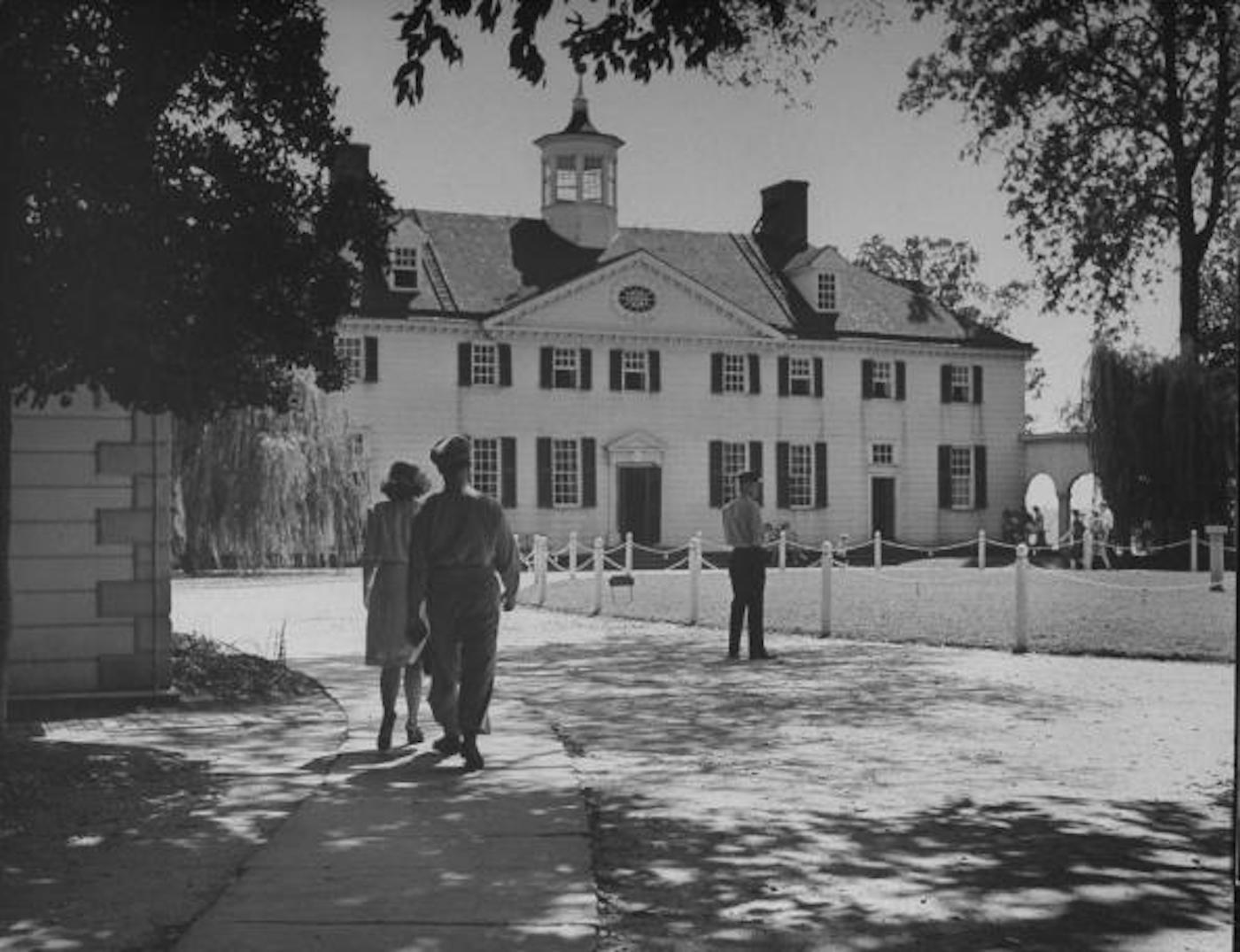 Although the bombing of Mount Vernon was deemed "a very remote possibility, the Association hired additional guards, constructed a subterranean storage structure for the most important artifacts in the collection, and sent copies of measured drawings to "a depository in the middle west." Before the attack on Pearl Harbor, annual visitation to the estate had passed the 750,000 mark, a new record. A year after Pearl Harbor, attendance had declined some 75 percent, due to gas rationing, drastic cutbacks in bus service, and the cancellation of virtually all school tours.

By June of 1943, attendance had been reduced to a trickle. At the same time, staffing levels had been reduced by half, as many men on the Mount Vernon crew were drafted or tempted away by higher-paying jobs in factories that were open 24 hours a day to meet the demands of war. Even when the board increased salaries by 10 percent, qualified applicants were few and far between.

See what the Mansion looked like just after World War II

In late 1943, the Association decided for the first time to hire "woman attendants" to serve as guards in the Mansion, in order to transfer male guards to much needed maintenance and restoration duties. About 20 women replied to the first advertisement placed in an Alexandria newspaper, and five were eventually hired. 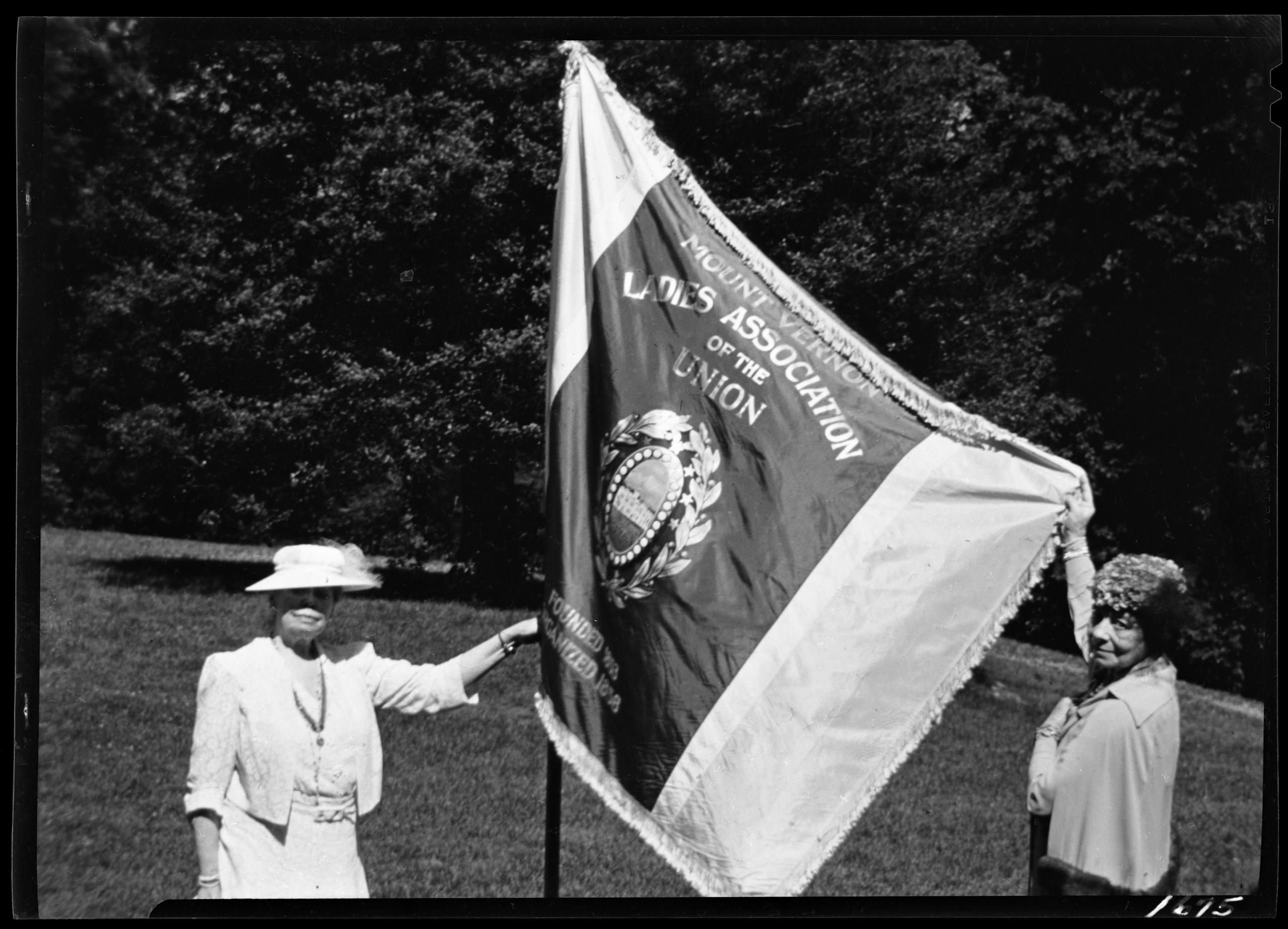 To assist the war effort, the barebones staff collected 1,200 pounds of much-needed rubber and several truckloads of scrap metal. The heating plant was converted from oil to coal, and the numbers of areas devoted to producing foodstuffs increased drastically.

But the resident director, Charles Cecil Wall, bristled when army officials asked if they could put "a searchlight emplacement on the hilltop immediately north of the Mansion." Later on, Wall also said no when it was suggested that the cupola of the Mansion would be an ideal "aircraft observation point," particularly if Mount Vernon staff members would agree to staff the site 24 hours a day. 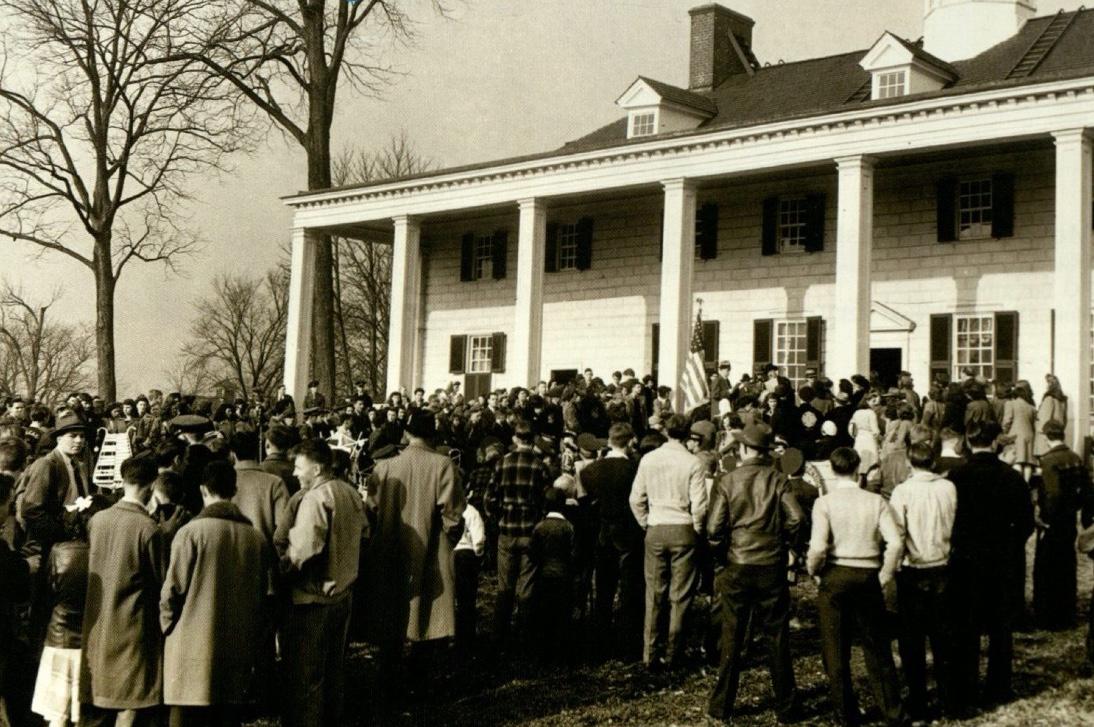 To lift spirits during the war, the Association initiated the tradition of providing free admission to the estate on George Washington's Birthday. On February 22, 1942, about 4,000 people toured the estate, and many more listened to a radio broadcast entitled "George Washington in Education and Spiritual Faith."

Once the pendulum began to swing in favor of the Allies, restrictions started to ease and a boat service was established to transport visitors from Washington. Visitation jumped to some 345,000 people, which was a double-edged sword. Although profits skyrocketed, the skeletal staff could not control the crowds. Wall was forced to ask the military police to "come in on Sundays and holidays to help maintain order."

But with the end of the war in sight, operations at Mount Vernon slowly returned to normal. A sense of patriotism seemed to pervade the nation, a fact reflected in Mount Vernon's increasing attendance. After the construction of countless new highways in the two decades following the war, Mount Vernon's popularity would reach its all-time high in 1964, when a remarkable 1.35 million people toured the estate. That record has yet to be broken.

Foreign leaders and dignitaries have often made pilgrimages to Mount Vernon to visit the final resting place of President Washington.

See Who Has Visited

From 1939 to 1945, an unprecedented number of foreign dignitaries visited Mount Vernon during their official tours of the United States.

During the decade after World War II, Mount Vernon became an important space for visiting political leaders whose countries had received aid from the United States.