Given his oft-mythologized life, it is perhaps not surprising that George Washington has been the subject of numerous ghost stories. And given its history as a cultural and historical landmark, it is little surprise that many of these stories occurred at Mount Vernon.

Ghost tales and haunting stories have popped up throughout the site’s history, even to the present day. In the late nineteenth century--an age where spiritualism gained favor and notoriety--ghost stories involving Washington cropped up repeatedly in the popular press and lore. One such story was written by prominent Boston politician, Josiah Quincy, Jr., reminiscing about his father’s visit to Mount Vernon.

The son and grandson of two former Boston mayors, prominent abolitionist Josiah Quincy, Jr., also served as the city’s mayor from 1845 through 1849. In 1883, a book based on Quincy’s collection of journals, diaries, letters and remembrances, entitled Figures of the Past from the Leaves of Old Journals, was published posthumously. Included within the work were Quincy’s remembrances of his father.

Quincy’s father, Josiah Quincy III, was a prominent Massachusetts politician in his own right, even more renowned than his son, serving in the U.S. House of Representative (1805-1813), as Mayor of Boston (1823-1828), and President of Harvard (1829-1845). While serving in Congress, Quincy visited Mount Vernon to meet with Bushrod Washington, George Washington’s nephew, the inheritor of Mount Vernon, and a Supreme Court Justice. The story, however, as relayed by Quincy, Jr., contained a distinctly spooky element. 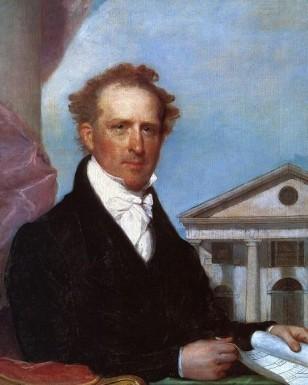 In the spring of 1806, the story recounts, Quincy arrived at Mount Vernon to speak with Bushrod Washington, intent on staying the night as a guest. In Figures of the Past’s narrative, Quincy, Jr., explained that while he was in Washington, D.C. at the time, he was too young to remember the actual event. While the accuracy of much of Quincy, Jr.’s book should be doubted, this particular story was one that he claimed was ingrained within his memory because it was “constantly referred to in the family circle.” What was this story that was important enough to have been such a frequent topic of family conversation? The tale was “my father’s only ghost story.”

Upon Quincy III’s arrival at Mount Vernon, Bushrod Washington assigned his guest to the Washington’s bedchamber, “the chamber in which his uncle had died.” For dramatic effect, Quincy, Jr. explained that “Judge Washington. . .as he withdrew,” mentioned “the rumor that an interview with Washington had been granted to some of its [the Washington bedchamber] former occupants.” Upon hearing the news from Bushrod, Quincy’s father “pondered upon the possibility that he might be found worthy to behold the glorified spirit of him who was so revered by his countrymen.” It seems that even George Washington’s ghost was revered by Americans.

The warning proved to be prophetic, according to Quincy, Jr., explaining that “during the night” his father “did see Washington.” However, Quincy, Jr., qualifies that “this is all I have to say about it” because if he gave more details, he would have to consult an “expert in cerebral illusions.” Despite the younger Quincy’s hesitation to give more details, he assured readers that his father’s “assurance in this matter was perfect,” and that his father “believed that brain action. . .was at times set up in us by friends no longer in the flesh, and that his own life had been guided by these mysterious influences.”

Even though Quincy, Jr. claimed to not want to relay more of this incident, his writing seems to indicate otherwise. With little transition the narrative continued by telling of Bushrod Washington allowing Josiah Quincy III to enter Washington’s tomb, “a custom connected with the hospitalities of Mt. Vernon in Judge Washington’s time,” and an act that “would be scarcely possible among persons of refinement at the present day.” Quincy hints at a possible cause for George Washington’s ghost to be lingering at Mount Vernon, explaining that the “velvet cover of the coffin was hanging in tatters, it having been brought to this condition by the assaults of relic-hunters.” Quincy concluded by quoting Ralph Waldo Emerson’s aphorism, “‘Care not to strip the dead of his sad ornament,’” because “of all fetiches [sic], with which the imagination contrives to associate the august spirits of the great,” Quincy claimed, “such miserable shreds and patches are the most vulgar.” 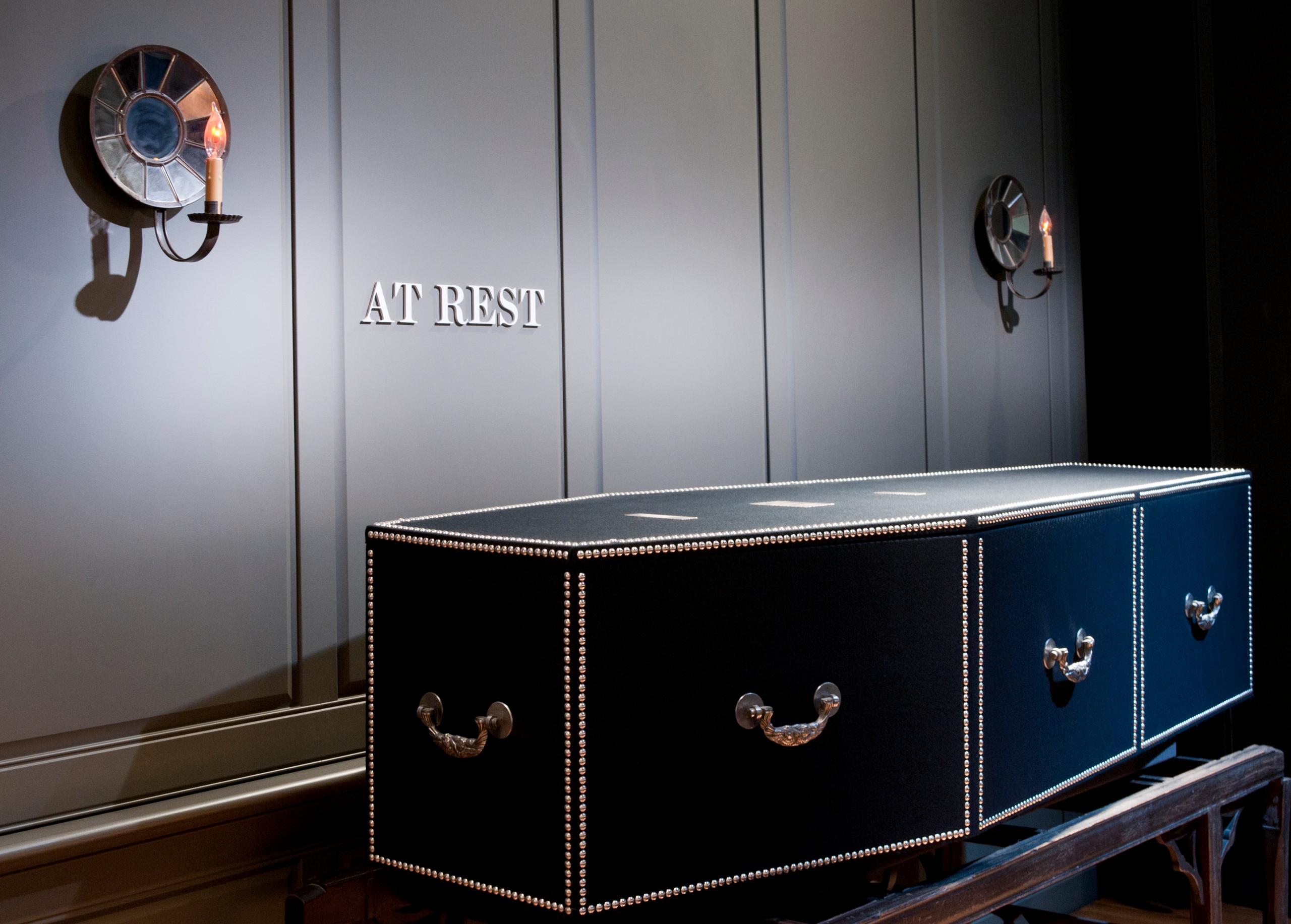 Wise advice. So next time anyone feels compelled to touch objects in the Mount Vernon mansion or museum, perhaps think to Josiah Quincy III and the awful fright he had at Mount Vernon, caused by the callousness of those touching Washington’s belongings. Because you, too, can be haunted by the spirit of Washington. And while his living being may have been “first in peace,” who knows just what George Washington’s ghost has in mind for those bold enough to disturb his belongings.

Learn about George Washington's final moments before his death in 1799.

Go beyond the cherry tree. Learn more about the real George Washington