The Fred W. Smith National Library for the Study of George Washington is no exception, housing a rich collection of materials related to George Washington, his family, and his Mount Vernon estate. 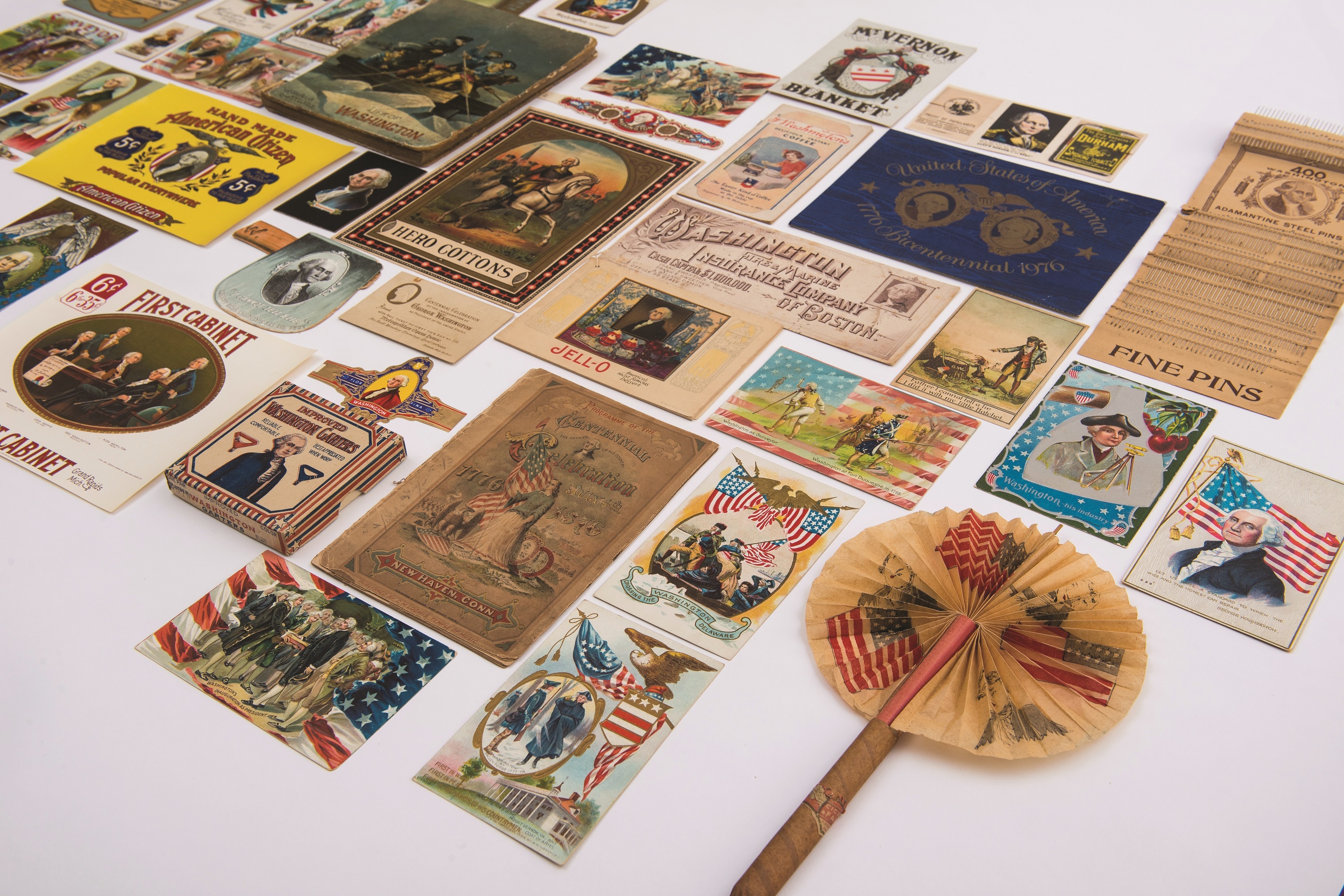 But in 2016, the Library acquired an assortment of more than 500 items dating from 1856 to 1932 that was unlike the rest of its collections—items such as printed invitations, children’s books, and advertisements that call to mind Washington’s lasting influence on pop culture and society.

These items were used by ordinary people and were intended to have a short life span—hence their classification as ephemera. From advertisements to commercial product packages, this eclectic array of objects shares one commonality: the items use the iconography of George Washington.

Libraries collect historic ephemera because they provide insight into the lives and values of ordinary people. Through research into its objects, the ephemera collection can provide insight into the evolving opinions everyday Americans have held about George Washington, as well as allow an assessment of societal values through analysis of the use of George Washington’s name and image.

“Whether an 1889 centennial program listing the order of ceremony commemorating Washington’s inauguration or a 1940s Jell-O recipe book used for commercial purposes, such artifacts allow us to see what society valued at a particular time in our history,” said Chief Librarian and Archivist Mark Santangelo. “Why did many cities throughout America in 1889 celebrate Washington’s inauguration as the first president, versus 1989 when there were only a handful of festivities for his bicentennial? It raises questions for researchers about the development of our culture and its changing priorities.”

Life in the 19th and 20th Centuries

The ephemera featured in this collection also provide a snapshot of life in the 19th and early 20th centuries. At that time, George Washington was nothing short of a celebrity, and Americans celebrated anniversaries related to the Father of our Country—in particular, the centennial celebrations of his birthday, inauguration, and Independence Day.

Printed ephemera, such as invitations, greeting cards, and Washington birthday cards, were created for each of these events. Images of the American flag, cherries, eagles, and Martha Washington often accompanied George Washington on these prints. Other items portrayed Washington in famous battles, crossing the Delaware River, or leading the Constitutional Convention— evoking the notions of trustworthiness and leadership so strongly associated with his character.

In the early 1900s, George Washington’s face appeared in a wide array of advertising and packaging—from the expected to the unusual. For example, an advertisement for the clothing brand Hero Cottons features Washington on horseback as the hero of the American Revolution.

On the other hand, Improved Washington Garters uses Washington’s name and face alongside the American flag. The tagline plays off the familiar quote: “First in war, first in peace, first in the hearts of his countrymen.” Similarly, Washington’s bust frequented cigar wrappers, box labels, and miscellaneous smoking accessories made in other countries.

The goal of advertising is to persuade, and the methods employed can themselves reflect a place in history, as we seek to infer why iconography of George Washington was used in these situations. Washington was a popular figure who represented trustworthiness and integrity; using his image gave the product a sense of legitimacy. The inclusion of cherries and an ax also evokes familiarity, as many Americans were familiar with the fable of George Washington and the cherry tree.

One printed advertisement shaped like an ax channeled the cherry tree myth, using George Washington’s face accompanied by the caption, “‘I cannot tell a lie.’ Kinney Bros. Cigarettes are the best.” Interestingly, the majority of these advertisements and packages portray Washington like Gilbert Stuart’s famous portrait of the first president, whereas a minority of the collection illustrates Washington as a war hero.

Beyond advertisements, the ephemera collection contains several children’s books related to George Washington. A book published in 1856 titled Washington as a Child: A picture book for good boys tells the story of a young George playing war with his childhood friends.

Written on the eve of the Civil War, the author uses George Washington to teach boys how to cope with the reality of war. As the story’s protagonist, Washington sets an example of proper behavior for children.

At some point during the mid-20th century, George Washington’s prominent presence in pop culture declined. The bicentennial celebrations were so small compared to those of the centennial that many went unnoticed. Perhaps Washington’s legacy had faded from society’s collective memory, or a new face who embodied Washington’s characteristics had grown in popularity and replaced Washington in the minds of the public. 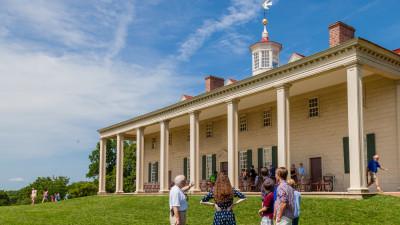 Since the Mount Vernon Ladies' Association took over the estate in 1860 it has seen decades of change while still remaining true to its mission to educate people about the life and legacies of George Washington.