After inheriting a nearly empty home, the Mount Vernon Ladies' Association faced the tall task of recreating the Mansion's interior—room by room.

Just months before the first shots of the Civil War were fired, the newly formed Mount Vernon Ladies’ Association of the Union faced a bittersweet challenge: It had finally succeeded in acquiring George Washington’s beloved plantation house, but the building was almost completely empty. The family had sold or distributed most of George and Martha Washington’s furnishings soon after Martha’s death in 1802. John Augustine Washington III, the last family member to own Mount Vernon, had left only a few items behind when he sold the property to the MVLA in 1858. When the Vice Regents of the organization’s all-female board took control of the house in 1860, only the key to the Bastille and the bust of Washington by Jean-Antoine Houdon remained in the locations where the General had placed them.

Learn More About These Earliest Artifacts

The tale of Mount Vernon’s transformation from an empty house to a furnished house museum winds through 150 years of funding crises, research discoveries, and shifts in taste. And it’s not over yet—work to restore Mount Vernon to its 18th-century appearance is never done and is always dependent upon the circumstances of the present. In just the past few years, two of the Mansion’s rooms—the New Room and the Chintz Room (formerly known as the Nelly Custis Bedchamber)—have enjoyed dramatic makeovers. 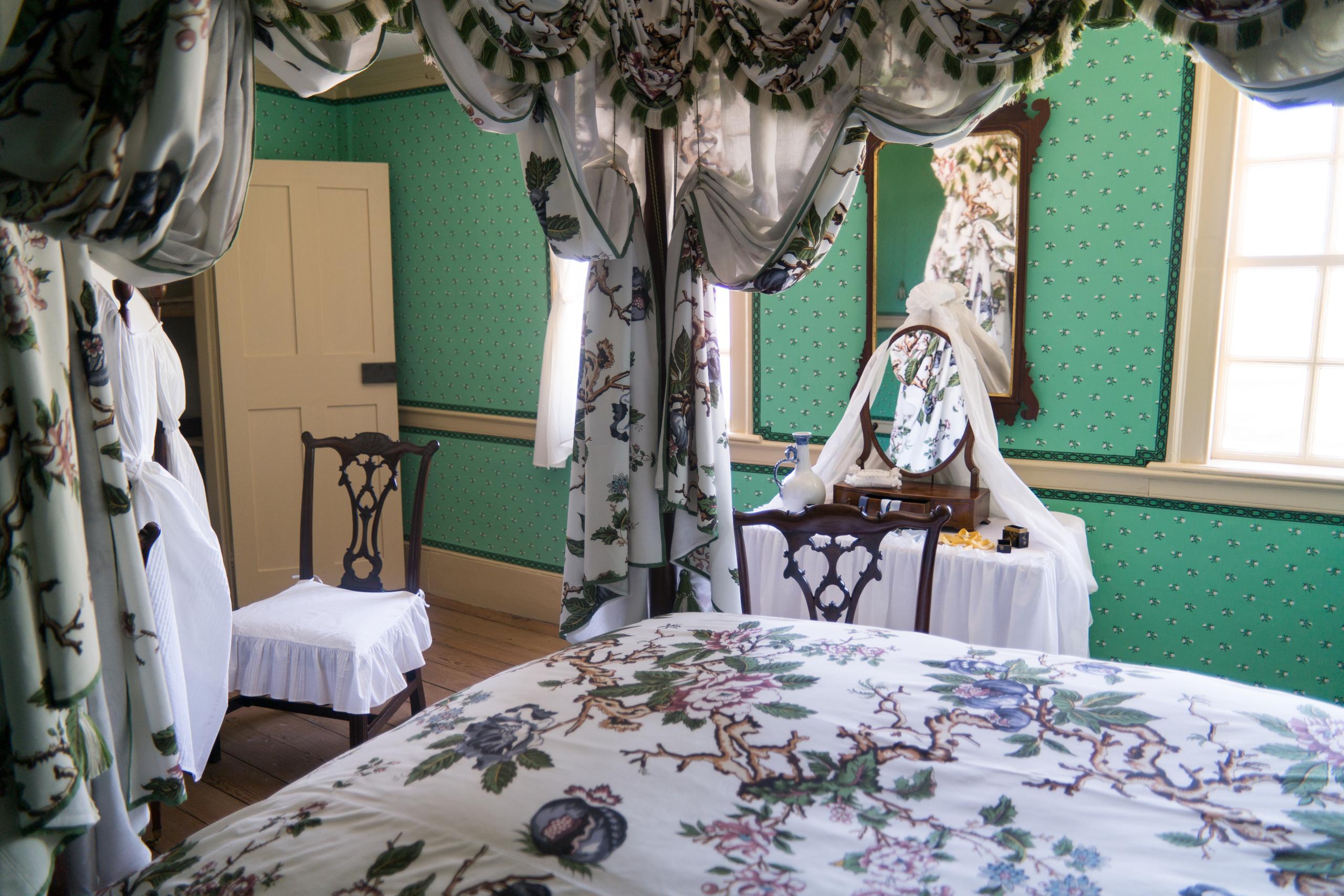 Unlike today, when the MVLA’s first Vice Regents approached the problem of furnishing the Mansion in 1860, they did not have a professional staff to research the exact kind of Windsor chairs Washington chose for his piazza. The intrepid early Vice Regents relied instead on their own instincts, tastes, and dogged tenacity to realize the call of MVLA founder Ann Pamela Cunningham to return the house and grounds to how “Washington left them.”

The first furniture to enter Mount Vernon after the Washington family’s departure came to accommodate its new occupants, not to interest tourists. Sarah Tracy, secretary to the Mount Vernon Ladies’ Association; Upton Herbert, a local man who acted as caretaker; and Mary McMakin, their chaperone, moved into the Mansion’s upstairs bedchambers to protect the house while the Civil War raged just miles away. The rest of the house went mostly unfurnished, disappointing visitors eager to see the building open to the public for the first time. Tracy said of the harsh criticism: “Now that the public has free access they abuse us heartily for not having accomplished impossibilities.” Mount Vernon continued to serve as a residence after the war’s conclusion: Ann Pamela Cunningham used the dining room, downstairs bedchamber, and Washington’s study as a private suite until 1873, when she resigned as head of the MVLA.

With Mount Vernon unfettered of its residential role for the first time in its more than 130 years, the Vice Regents got to work furnishing what one account called an “abandoned home.” Nancy Wade Halsted, the second Vice Regent from New Jersey, emerged at the helm of the restoration efforts on the eve of the nation’s centennial. She devised a system to divvy up the responsibility of furnishing the 10,000-square-foot building, assigning Vice Regents individual rooms to outfit. She also arranged for the free delivery of goods from ports in New York and New Jersey to the Mount Vernon wharf and a donation of large relic cases from the Smithsonian for the MVLA’s growing collection of Washington-related relics.

Halsted and her fellow Vice Regents filled Mount Vernon with a combination of objects that had legitimate associations with the Washington family and others that were just old. They were not experts in the history of American decorative arts (an academic field then in its infancy) and had no budget with which to purchase antiques, yet they were dedicated to presenting a convincing vision of how the Mansion had looked during Washington’s lifetime. A handful of important early donations of well-known Washington-family items provided focal points for their historical scenes of domestic life. In 1859, Nelly Custis’s daughter-in-law had given the MVLA her double-manual harpsichord, and it became the center of the little parlor 20 years later. The bed in which Washington died, perhaps still the most revered relic in the Mansion, returned to Mount Vernon in 1876 and has rested in the General’s bedchamber ever since.

With the task of furnishing the Mansion delegated among the Vice Regents, a range of interpretations of 18th-century interiors emerged in the 1870s and 1880s. Some Vice Regents used an inventory of the house taken at Washington’s death to determine what was in the room under their charge, whereas others seemed unaware of the document and relied on their own intuition for how the General would have decorated his spaces. South Carolina Vice Regent Lucy Pickens, for example, chose a piece donated by George Washington Parke Custis’s daughter, Mary Custis Lee, to match the “mahogany sideboard” listed in the inventory (this piece is now in the New Room, as it was in Washington’s lifetime). Her colleague from Georgia, Vice Regent Philoclea Eve, decorated the room next door as “Martha Washington’s sitting room,” claiming that she had “no record of what furniture was used by Mrs. Washington” in the space (this room is now interpreted as a bedchamber, as it was listed on the inventory). Although an 1886 reporter for Harper’s Weekly praised the furnishing of the Mansion—“almost everything here is as it was”—he recognized “unmistakable modernness” in Eve’s presentation of her riverfront room.

Such uneven attention to historical evidence persisted into the 20th century. But once the study of American decorative arts had matured, and the MVLA was on a firmer financial footing, the Vice Regents were able to focus more intently on the authenticity of individual objects and the Mansion’s overall impression of 18th-century life. With scientific tools for paint analysis and robust academic research to rely on, today’s curators can make far more informed decisions than the early Vice Regents. Although the Mansion may look quite different, the early Vice Regents’ mission—to restore Mount Vernon to the home Washington knew—remains the same. 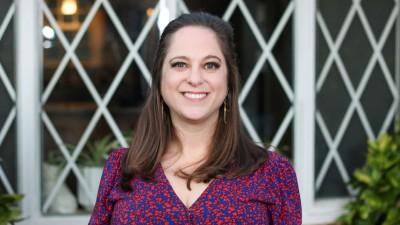 Lydia Mattice Brandt offers a history of the replication of Mount Vernon's famous architecture and explains the roots of this national obsession in George Washington's iconic home.

This article originally appeared in the Spring 2017 issue of Mount Vernon magazine. Subscribe to the magazine by becoming a member today.