Dr. Joyce Lindorff was one of the first to play Nelly’s New Harpsichord. 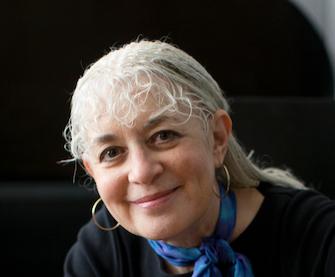 Below is a transcript of only part of Dr. Joyce Lindorff’s interview with librarian Samantha Snyder. You can hear the full interview in this episode of Conversations at the Washington Library.

What have you been doing at the Washington Library for the past month? 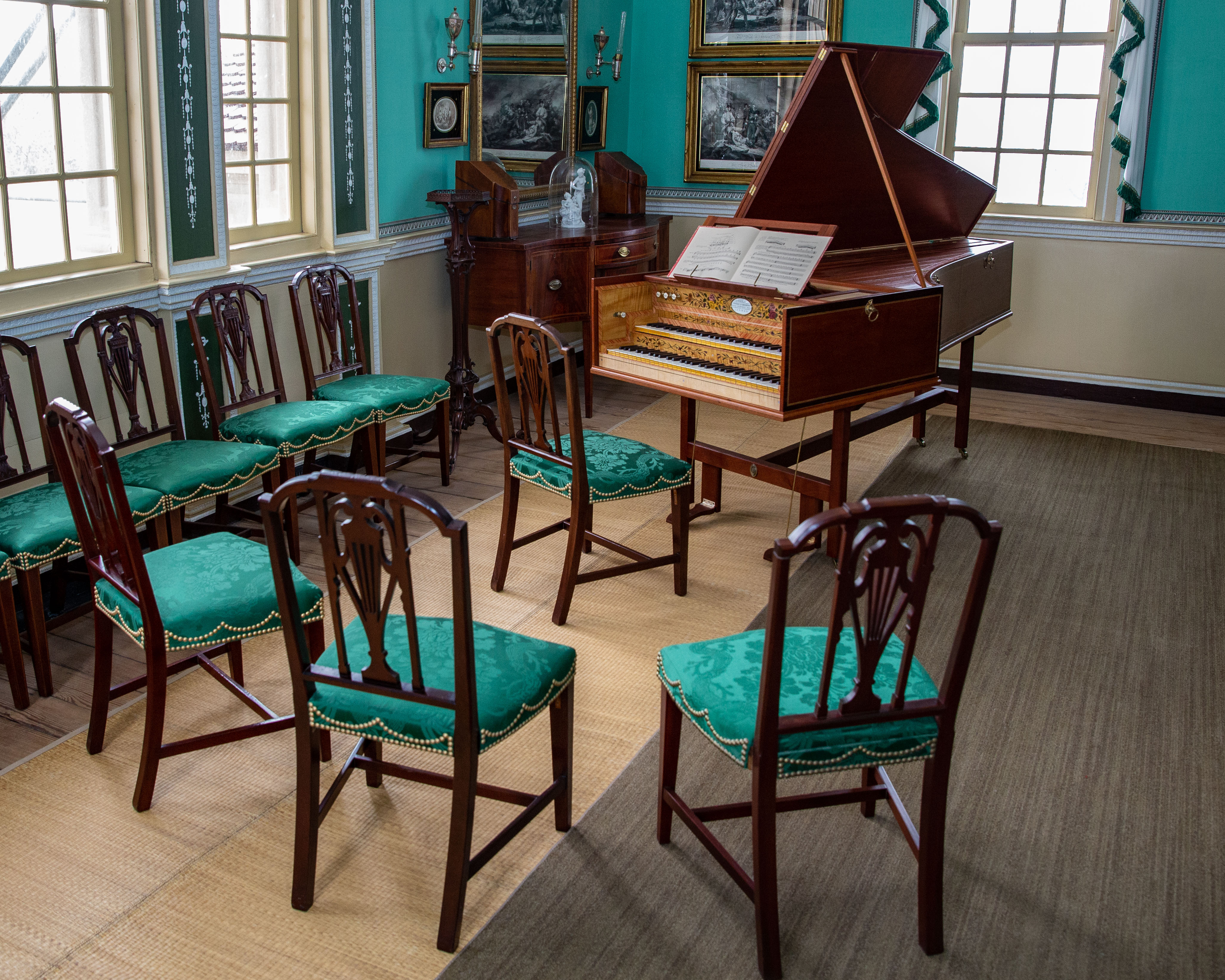 I came to Mount Vernon specifically to work with the new reproduction of Nelly Custis's harpsichord, which is so special and which is so unique, not only for itself but also because her music resides here in the Library. It's very exciting to be here. The way it started for me was John Watson, who is the recently retired Conservator and Curator of Musical Instruments at Colonial Williamsburg and built this new harpsichord, is a very long-standing colleague of mine. We've had a chance to work together before and recently I had a similar fellowship at Williamsburg, which allowed me to work in their library with items that matched some of the instruments that are there.

This [Washington Library Fellowship] offered another opportunity to do something similar but maybe even more specifically related, of course, because it was Nelly Custis's harpsichord, and Nelly Custis's music. The way I found out about the fellowship was John alerted me that there was such a thing available. I was so thrilled and excited about it. I immediately looked it up and learned that I could apply for the Library fellowship, which I did. It was just really thrilling to be admitted for this very special month, which is just, unfortunately, coming to an end.

Join Mount Vernon throughout the 2019 and 2020 season for performances, specialty tours, and academic symposia to experience 18th-century music.

Become a Member of Mount Vernon

As a privately funded institution we rely upon people just like you to help keep George Washington's legacy alive. 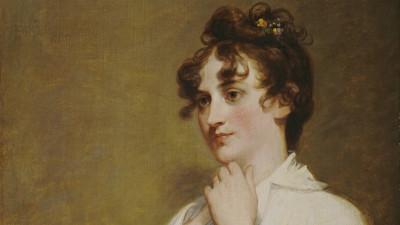 Eleanor Parke Custis, known as Nelly, was the youngest of Martha Washington’s granddaughters. She would spend most of her childhood in the care of Martha and George Washington.

What have you learned from Nelly Custis’s personal music books?

I found that there were some very interesting markings in the books. I did not know that. I did know the titles of the collections that were here. I knew that there were bound volumes. I pretty much had done the work of finding out what was here, of course. But what I did not know and what was I think the most exciting thing about going into the vault and actually studying her original music was that she made markings in her music, which really was fascinating because it helped us to understand what her musical life was in a very real way.

When people ask, "Could an amateur player, a young woman in the parlor in those days, could she have really played this very virtuosic music?" I can now answer, "Absolutely, yes." One of the reasons I can answer so definitively is because I've seen the exercises that were given to her, and it seems her teacher wrote at the top, "To be practiced in every key."

What did you learn from Nelly Custis’s letters?

The letters bring Nelly to life because we can just sense her spirit, her intellectual curiosity, and her humor. She writes about teaching her pet parrot to sing. She's very humorous and delightful. In some of them, she asks her friend, Elizabeth Bordley to send her some songs that she doesn't have. She says that she misses her [Elizabeth] and that they can no longer sing duets together when they're separated. She has to sing solos, which tells us that she sang!

We know that she played music that was not necessarily written for harpsichord solo. She played orchestral music such as the Handel's Water Music. That was a very popular thing to do in the 18th century. They would have to order the music probably from London.

They wanted all the best pieces, all the most popular pieces, the popular songs from the shows that would have been done from the operas, the ensemble pieces. Nelly was able to play songs that were arrangements of quintets and quartets, and trios, and she could play all the parts at the keyboard. It doesn't surprise me that she probably would have been singing and accompanying herself at the keyboard as well. Probably, she would have been called on to play for the very important guests of George Washington. This would have been something that was equivalent to say serving a beautiful meal in a beautiful way, and then, going through to the parlor and hearing some absolutely wonderful music played on the absolutely best harpsichord that money could buy, which this was.

What is the most interesting thing you've found during your research? 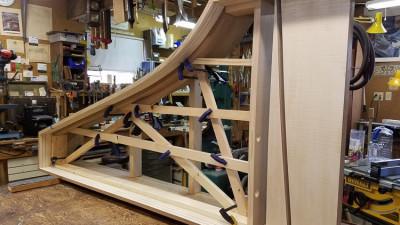 For over two and a half years John Watson, Conservator of Early Keyboard Instruments, worked to create a replica of Nelly Custis's 1793 Longman & Broderip 2-Manual Harpsichord.

What I've learned is that young women of the time had all the time in the world to practice, and Nelly Custis, in particular, had the best teachers available. Alexander Reinagle, who was one of the top musicians in America at the time was her teacher in New York and in Philadelphia. She had access to the very best teaching, the very best music, the very best harpsichord and piano. Her exercises were extensive and very difficult, and she had time to practice. According to some letters, we are told that she was forced to practice for perhaps four or five hours a day and didn't like it very much when she was a young child.

The other thing that's in her book that is quite interesting is a tuning system. It would seem that it would be necessary because harpsichords are like violins. They go out of tune but instead of four strings, they have maybe about 160 as this one does. We do know that tuners came. There are accounts that showed that tuners were paid and we don't exactly know what they did. Maybe they did more than just tune a little maintenance or regulation. But there, in her music book, is a very sensible tuning system. I've tried it and it makes absolute sense. It doesn't surprise me that she would have to have known how to tune, to touch up a little bit maybe in between visits from the tuner.

So we know that her education encompassed the knowledge of pieces, exercises, and some very elaborate etudes that would have enhanced her virtuosity, tuning system, and figured bass. Through this, we really can get a very complete and nuanced picture of how she was trained.

Nelly Custis’s original harpsicord is part of the Mount Vernon collection. Washington ordered this top-of-the-line, double-manual harpsichord from London in the 1790s.