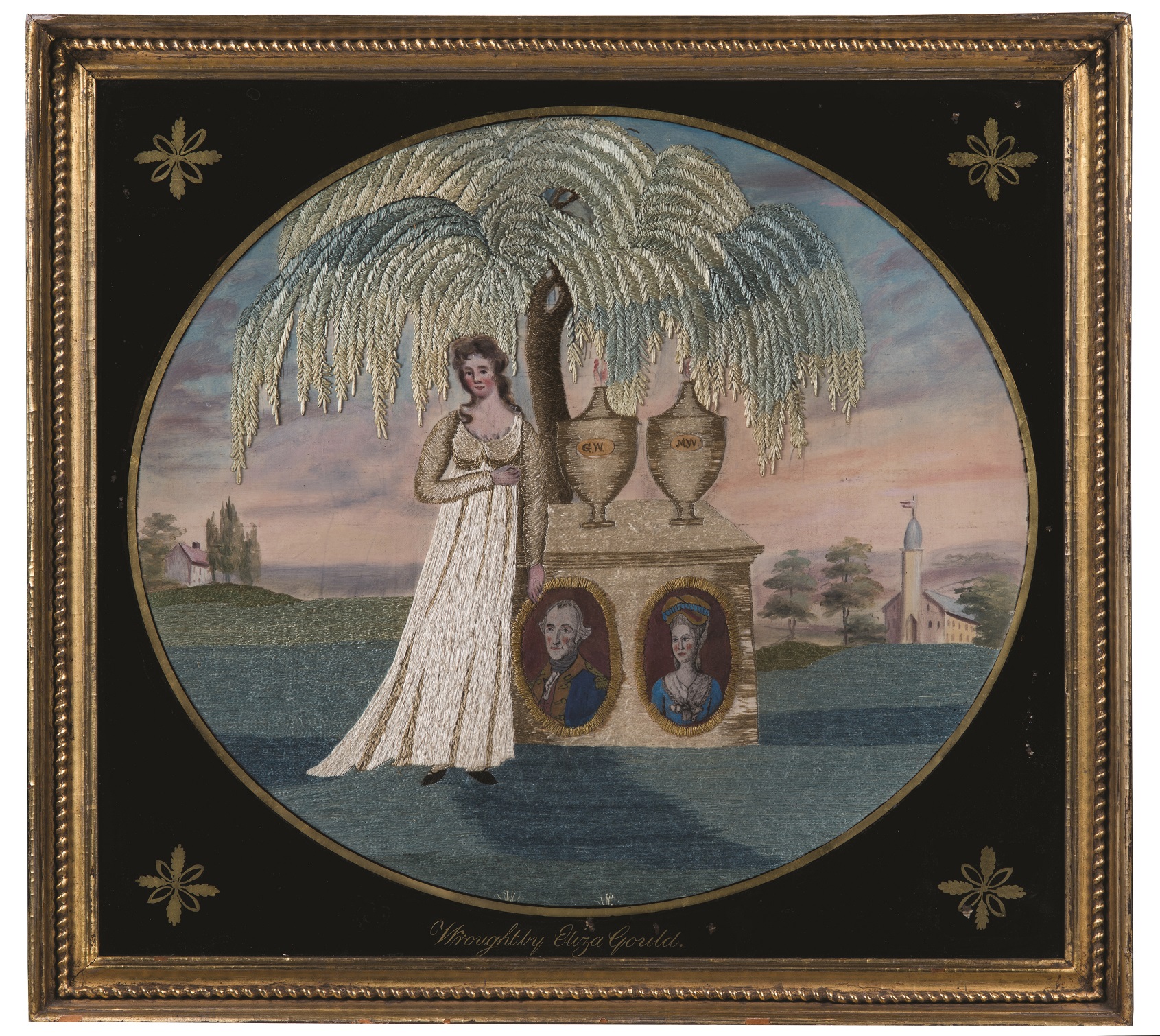 The original mixed-media tribute of silk, paint, and paper celebrates, rather than mourns, the first couple by drawing on classical symbolism familiar to educated Americans at the time.

Painted and embroidered elements create a light, hope-filled scene: Sunset washes the sky in poetic tints of blue, lavender, pink, peach, and cream; a weeping willow compassionately shades the memorial; and a tall woman in a shimmering white and gold dress stands faithfully beside it. She is symbolic of the Vestal Virgins that guarded the sacred fire of ancient Rome. In this case, though, the woman tends the flames that burn atop two urns inscribed “GW” and “MW,” a sign that the memory of the father (and mother) of the country remains vivid and alive. By extension, the life of the American republic seems assured.

Eliza Gould likely created the work at a school or young ladies’ seminary. The design was first laid out in pencil, and then the painted landscape and faces added. Look closely, and you can see that the initial composition included a gentleman, standing just to the left of the lady. He was omitted, an indication that the designer changed direction from a standard memorial with a mourning couple to a specifically allegorical one with the single woman. Next, Eliza worked the embroidered elements. Interestingly, while she could have stitched or painted the initials on the urns or the faces of General and Mrs. Washington, she chose instead to use three-dimensional elements that give the scene variety and depth. The plaques on the urns are tiny pieces of thick paper with inked initials, and the portraits are engraved prints that were cut out, pasted and sewn onto the backing, and, finally, painted in thick, opaque colors. Eliza’s portrait choice is significant. Instead of images of the older couple as president and first lady, she used idealized portraits of the General and Lady Washington. They are remembered at their youthful prime—with extra blush added upon their cheeks—when they boldly led the war for American independence. 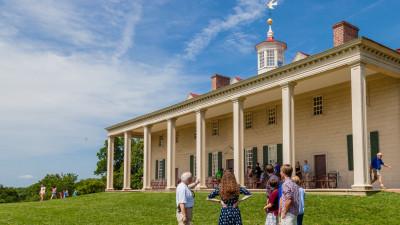