The Education Center at Mount Vernon features over 14 galleries of interactive and engaging exhibits you won't find at any other museum in Washington DC. Explore a collection of our favorites.

Records indicate this beautiful sword, colloqually known as the Braddock sword, was worn by George Washington during the French and Indian War in which he served under the command of Major General Edward Braddock in the British army. 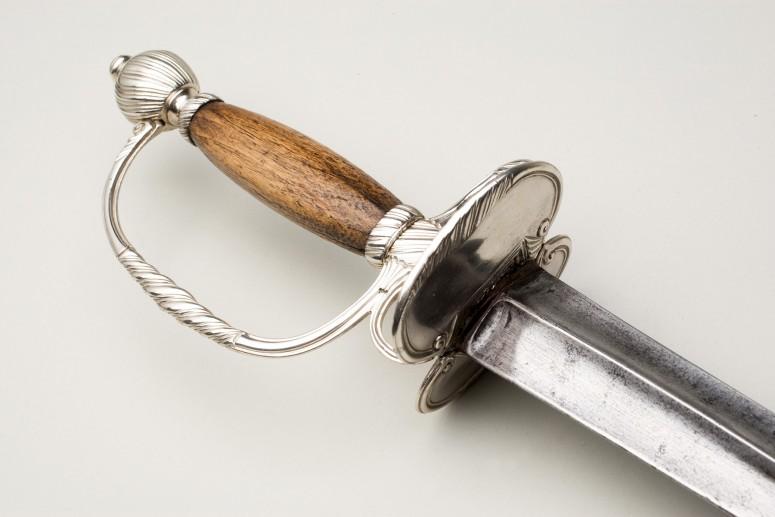 In addition to being historically important, this is a beautiful military artifact. The hilt is silver cast with intricate, twisting flourishes, known as gadrooned decoration, which was considered highly fashionable in 1759. In contrast, the blade's hollow triangular design was curiously dated by comparison. The wooden grip would have been wrapped in spiraling bands of silver tape and twisted silver wire, echoing the gadrooning. 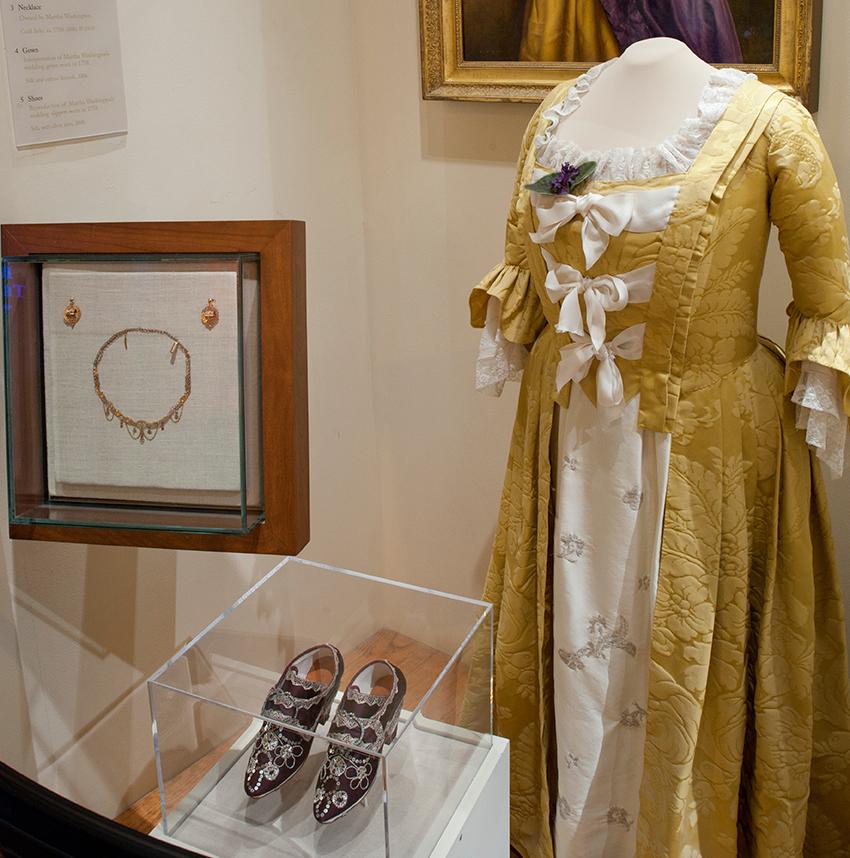 Can you imagine Martha Washington not as a stately older woman and former First Lady but instead as a ravishing bride in her late 20's? View authentic replicas of Martha Washington's wedding gown and shoes, worn at her wedding in 1759.

See also a set of beautiful gold earrings and necklace, both original objects owned by the Washingtons from the Mount Vernon collection.

A variety of films located in the Ford Orientation Center and Donald W. Reynolds Museum and Education Center help guests learn more about the life, leadership, and legacy of George Washington. Admission is included with general admission.

What Would You Do If You Were the First President?

Become George Washington in the award-winning Be Washington experience, included with general admission.

3. The Hands on History Center

Designed for children age 3 and up, the Hands on History Center is a fantastic way for the whole family to learn many of the same themes presented in the rest of the museum. In Hands on History touching objects is not only allowed, but encouraged!

Preschool and kindergarten through elementary school-aged children will love making crafts and playing 18th-century games as they learn about colonial America and life at Mount Vernon. Other learning materials include puppets, puzzles that teach about archaeology, and a miniature Mansion that can be fitted with "period furniture".

Before he was a president or a general or even a major, George Washington was a surveyor. This first job paid well, which offered him a chance to obtain land of his own and move up in society.

Learn more about his first job through this set of Washington's tool of the trade, including a surveyor's compass and staff, tripod, circumferentor, drafting instruments, and surveying pins.

The Washingtons' lives at Mount Vernon depended greatly upon the labor of the enslaved community. Their jobs included butlers, cooks, waiters, and housemaids. There were also many enslaved men and women trained in specific trades, such as masonry or blacksmithing. However, the majority of enslaved laborers at Mount Vernon performed agricultural work on the estate's four outlying farms.

View a collection of original tools from various trades, including a cobbler's hammer, livery buttons, brick,  a gardening trowel, a watering can, and even a waffle iron.

For a deeper look, visit the museum's Lives Bound Together exhibition which explores the individual stories of the enslaved families who lived and worked at Mount Vernon. This exhibition will be on view through September 2020.

6. Dioramas of Fort Necessity and the Potomac River Company

Battle of Fort Necessity in July 1754, rendered using hundreds of small figures and animals, conjures up the crucial moment when George Washington's tactical misjudgments enabled the French defeat in the first major engagement of the French and Indian War.

The Potomac Company represents another sort of failure for George Washington, this time in the form of an ambitious public works project which aimed to increase trade between the eastern and western parts of the new nation. The Potomac Canal, recreated at scale in this diorama, is series of five locks that raised and lowered boats around Great Falls in Virginia.  Unfortunately, bad weather, labor problems, and mounting expenses plagued the operation, which was not completed until 1801-- two years after Washington's death.

Although George Washington did not have any children with Martha Washington, you can follow the line of descendants of those raised by the Washingtons at Mount Vernon in this fascinating illustration of their family tree.

Of particular note, trace the familial path from the first president down to Robert E. Lee, the commander of the Confederate States of America during the Civil War. Who could have guessed that George Washington's step great-grandson would wage war against the nation he helped create?

See the only remaining set of full dentures used by George Washington. And no, these teeth are not made out of wood.

Afflicted with dental troubles his whole life, George Washington had just one tooth remaining when he was elected the first president of the United State in 1789. He would lose it during his second term in 1796.

Learn about what Washington's teeth were made of, how his dentures were created, and how they worked.

Map of the Education Center 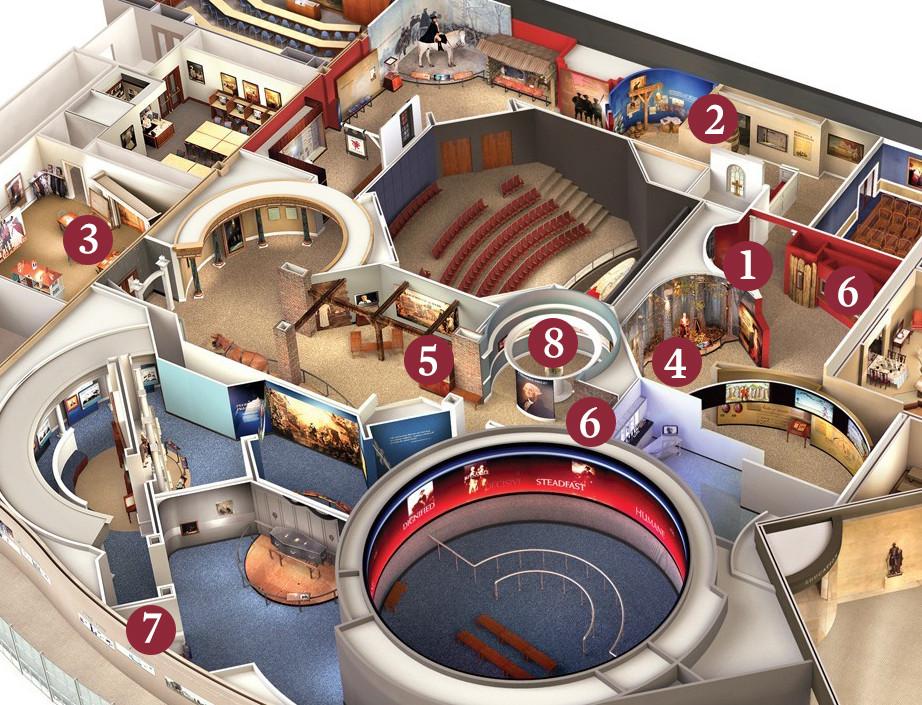 See the Revolutionary War in 4D