Of all the farm animals that now call Mount Vernon home, none is rarer than the Ossabaw Island hog. Over a period of two decades, George Washington's estate has become the mainland's hub for raising the heritage breed, which originally hails from a small island off the coast of Georgia.

Have Hog, Will Travel 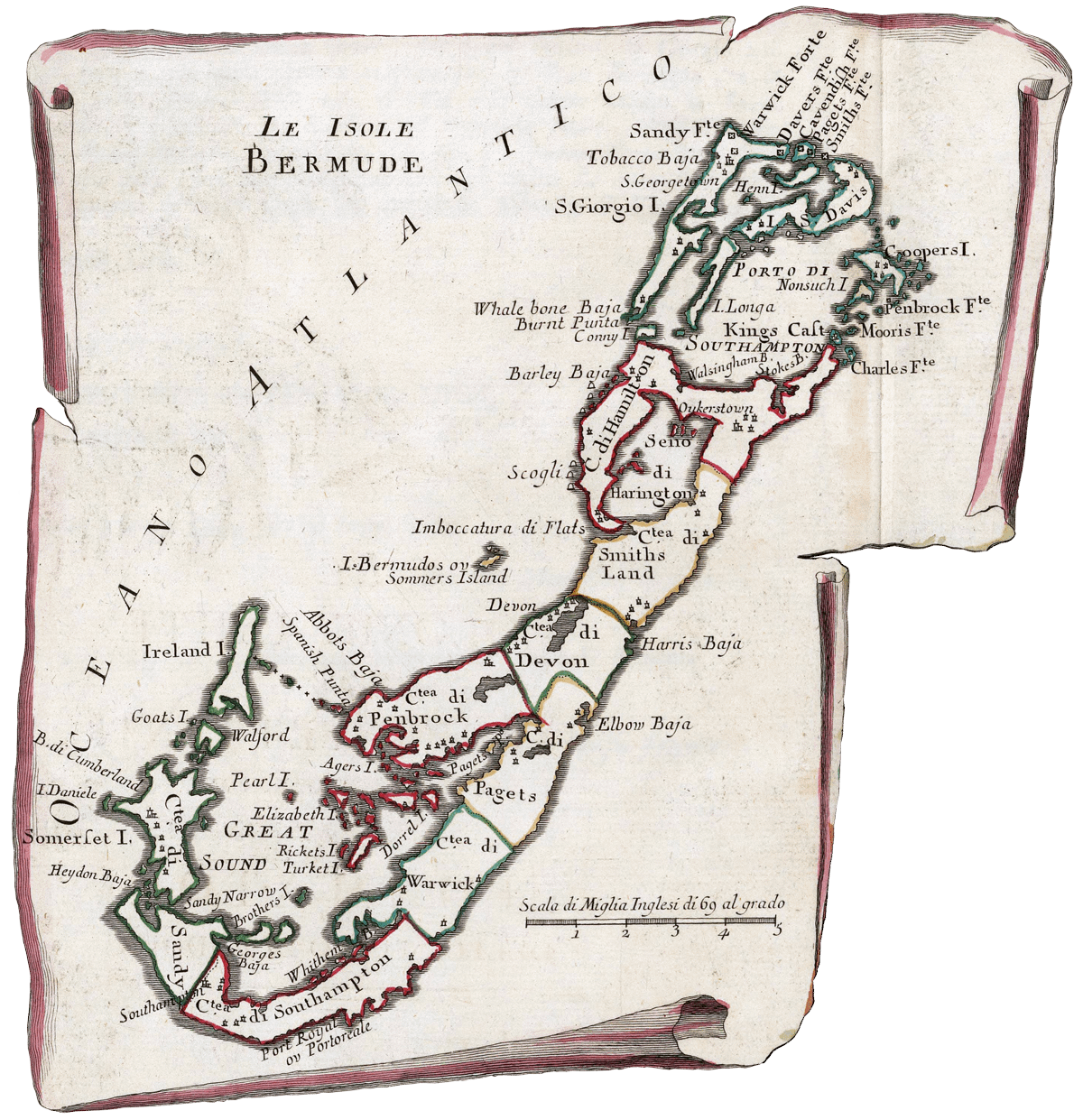 The demand for Ossabaw Island hogs is growing, as more historic sites, zoos, and historyminded farmers want to expand their livestock to include more exotic breeds.

At the same time, the Georgia Department of Natural Resources has forbidden the further shipment of hogs ashore due to exposure to disease. So when Bermuda, once the home to thousands of native hogs, needed to jump start its population, Don Bixby of the American Livestock Breeds Conservancy called upon Mount Vernon to start a new colony.

In all likelihood, Washington would be pleased to share the gene pool of his hogs, which were an extremely important source of protein on his 18th century plantation.

Unlike today's mammoth hog operations, which typically cram hundreds of animals into small spaces, Washington allowed his hogs to remain feral for most of the year--they ran free in the 4,000-plus acres of Mount Vernon woodlands. According to Alan and Donna Fusonie, authors of George Washington, Pioneer Farmer, the swine foraged for tasty treasures from spring to fall.

Natural food was plentiful and the hogs weren't picky--they usually tipped the scales at nearly 140 pounds when they were gathered in the autumn and penned for fattening even more.

Washington gradually slaughtered the animals and attempted to use the swine to best advantage--ham, bacon, salted pork, scrapple, sausage, chitterlings and lard all made it to kitchens across the Mount Vernon estate. 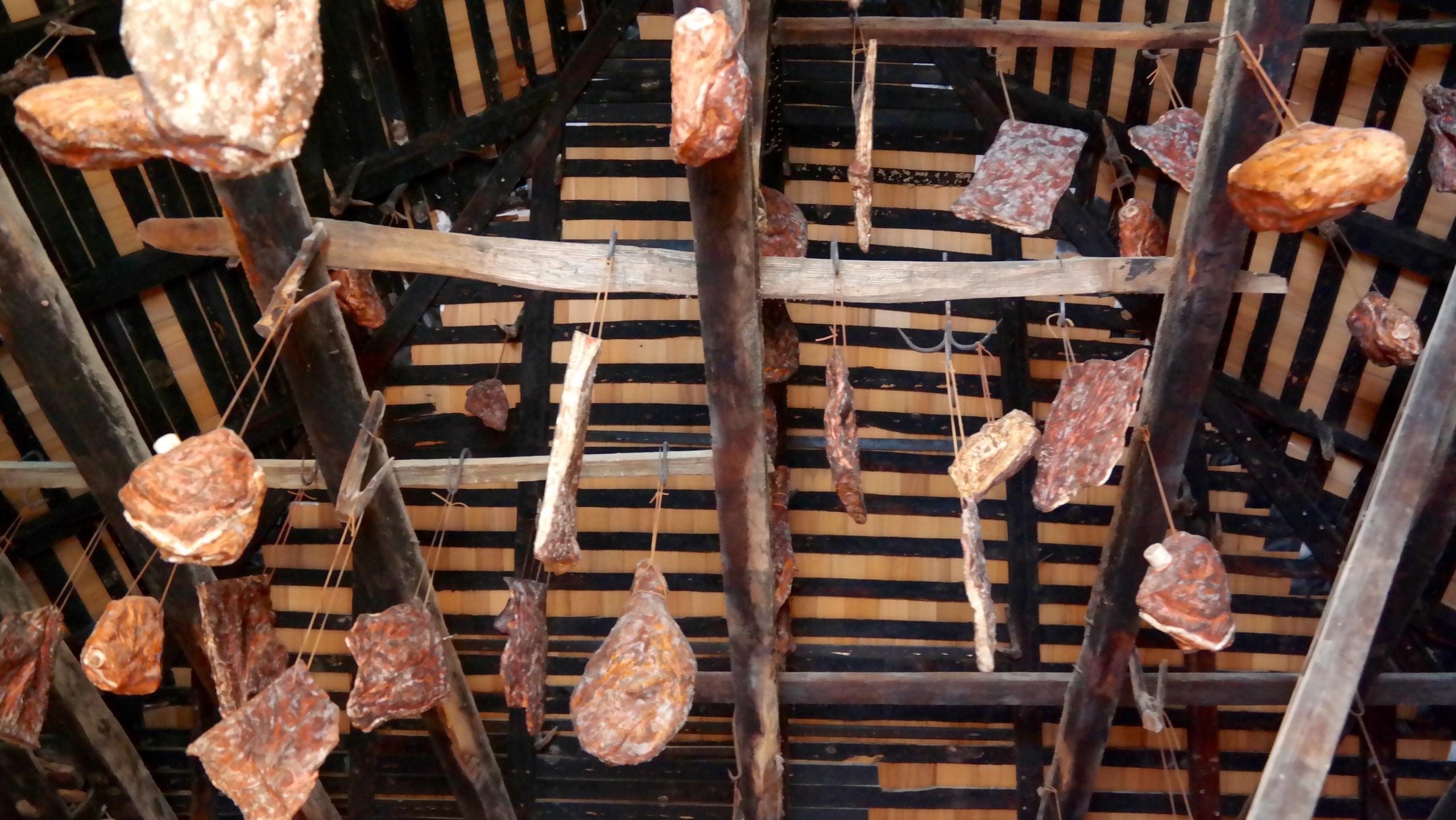 According to Washington's records for December 1785, 128 hogs were slaughtered, which produced some 17,000 pounds of pork. About 500 pounds each were distributed to Thomas Green, the chief carpenter, and Thomas Bishop, one of Washington's oldest servants, and several overseers received smaller shares. More than 15,000 pounds remained for Washington and his family and guests, the slave force of about 300, and what Washington referred to as "the poor who are distressed for it."

But it probably frustrated Washington that he never knew exactly how many hogs he owned, because a certain number were always "running in the woods" over all five of his connected farms, mostly scratching for acorns.

Washington's operation grew more sophisticated as time passed. In 1792, he directed his farm manager to construct closed pens. Typically on the forefront of animal husbandry, Washington noted that the hogs should be housed in structures with plank floors, a roof, fresh water and sturdy feeding troughs.

A fresh historical focus upon George Washington as a pioneer farmer actively engaged in a new approach to agriculture--one based on a more scientific attitude toward crops, farm animals, and the land.

The hogs on Ossabaw Island probably descended from swine brought to a number of islands off the southern coast and the Caribbean by Spanish sea captains. They were left there on purpose, hoping that the breed would run free and multiply so future transatlantic travelers could then look forward to fresh meat when they stopped at the island ports.

In 2003, the Mount Vernon Ladies' Association purchased three pigs from the University of Missouri, which had been given permission to remove the hogs for a research project. The window was open only briefly, because the breed was deemed destructive by Georgia state officials, and exporting them from Ossabaw Island became illegal.

Lisa Pregent, who supervises Mount Vemon's livestock program, is a big fan of the breed, however, because they are both prolific and dependable. A healthy sow has at least one litter each year, and as many as a dozen piglets can enter the world together. "Their gestation period is three months, three weeks and three days almost to the minute," she brags.

Mount Vernon has space limitations that dictate a constant distribution of piglets to historic sites, heritage breed farms, and zoos throughout the country. Currently, Mount Vernon cares for three sows (breeding females) and two boars (breeding males), although the boars are housed outside of public areas. The ferocious habits they learned in the woods over a period of generations still exist, though. Mount Vernon's caretakers report behavioral issues from time to time.

Whenever piglets arrive in the springtime, they become overnight sensations, and few tourists miss the opportunity to swing by the muddiest maternity ward in the Washington area.

One of Mount Vernon's original Ossabaw Island transplants, Priscilla, went into labor and suffered a uterine tear. On the advice of veterinarians, she had to be put down. But in about seven years, Priscilla had given birth ten times, to as many as 11 piglets per delivery. They proved to be excellent travelers, heading to new homes in California, Seattle, Williamsburg, Wisconsin, and the National Zoo in Washington, D.C.

At Bixby's request, Priscilla's progeny also ended up in Bermuda, where they are tasked with the challenge of doing what hogs have always done best--eating and breeding. That's more important than it seems, because the American Livestock Breeds Conservancy still lists the status of the Ossabaw Island hogs as "critical," meaning that fewer than 200 new hogs are registered each year.

Admittedly, it's a wild and spirited breed, so, as George Washington himself noted, a dependable census is difficult to muster.