During these live online interviews, hear about new books on early American presidents and ask questions of the authors during our audience Q&A.

You'll also receive an autographed book delivered to your home.

This series is supported by an endowment established by a generous grant from Robert H. and Clarice Smith.

During these live online interviews, hear about new books on early American presidents and ask questions of the authors during our audience Q&A.

You'll also receive an autographed book delivered to your home.

This series is supported by an endowment established by a generous grant from Robert H. and Clarice Smith.

Lecture One: The Virginia Dynasty: Four Presidents and the Creation of the American Nation by Lynne Cheney 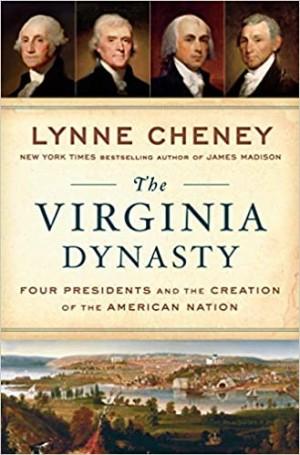 From a small expanse of land on the North American continent came four of the nation’s first five presidents–a geographic dynasty whose members led a revolution, created a nation, and ultimately changed the world.

George Washington, Thomas Jefferson, James Madison, and James Monroe were born, grew to manhood, and made their homes within a sixty-mile circle east of the Blue Ridge Mountains.

Friends and rivals, they led in securing independence, hammering out the United States Constitution, and building a working republic. Acting together, they doubled the territory of the United States. From their disputes came American political parties and the weaponizing of newspapers, the media of the day.

In this elegantly conceived and insightful new book from bestselling author Lynne Cheney, the four Virginians are not marble icons but vital figures deeply intent on building a nation where citizens could be free.

Focusing on the intersecting roles these men played as warriors, intellectuals, and statesmen, Cheney takes us back to an exhilarating time when the Enlightenment opened new vistas for humankind. Taking full measure of strengths and failures in the personal as well as the political lives of the men at the center of this book, Cheney offers a concise and original exploration of how the United States came to be. 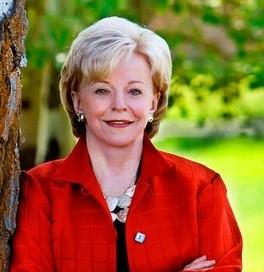 Lynne Cheney is the author and coauthor of twelve books, including six bestsellers about American history for children. She served as chairman of the National Endowment for the Humanities from 1986 to 1993, and is currently a senior fellow at the American Enterprise Institute. The wife of former vice president Dick Cheney, she lives in Wilson, Wyoming.

Lecture Two: First Principles: What America's Founders Learned from the Greeks and Romans and How That Shaped Our Country by Thomas E. Ricks

What kind of nation did the founders design or intend for us to have today?

Thomas Ricks carefully examines the philosophy and literature that shaped their thinking, and the letters they wrote to each other debating these crucial works—among them the Iliad, Plutarch’s Lives, and the works of Xenophon, Epicurus, Aristotle, Cato, and Cicero.

For though much attention has been paid the influence of English political philosophers, like John Locke, closer to their own era, the founders were far more immersed in the literature of the ancient world.

The first four American presidents came to their classical knowledge differently. Washington absorbed it mainly from the elite culture of his day; Adams from the laws and rhetoric of Rome; Jefferson immersed himself in classical philosophy, especially Epicureanism; and Madison, both a groundbreaking researcher and a deft politician, spent years studying the ancient world like a political scientist.

First Principles follows these four members of the Revolutionary generation from their youths to their adult lives, as they grappled with questions of independence, and forming and keeping a new nation. In doing so, Ricks interprets not only the effect of the ancient world on each man, and how that shaped our constitution and government, but offers startling new insights into these legendary leaders. 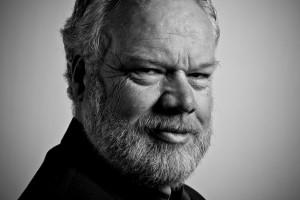 Thomas E. Ricks is a military history columnist for The New York Times Book Review and a visiting fellow at Bowdoin College’s history department. He has been a member of two teams that won the Pulitzer Prize for national reporting, one at the Washington Post, the other at the Wall Street Journal. He is the author of seven books, including Fiasco and Churchill and Orwell: The Fight for Freedom.

Lecture Three: The Education of John Adams by R. B. Bernstein 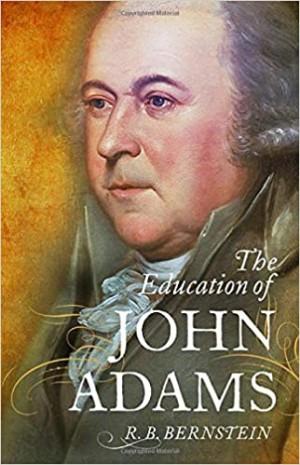 This is the first biography of John Adams by a biographer with legal training.

It examines his origins in colonial Massachusetts, his education, and his struggle to choose a career and define a place for himself in colonial society. It explores the flowering of his legal career and the impact that law had on him; his growing involvement with the American Revolution as polemicist, as lawyer, as congressional delegate, and as diplomat; and his commitment to defining and expounding ideas about constitutionalism and how it should work as the body of ideas shaping the new United States.

The book traces his part in launching the government of the United States under the U.S. Constitution; his service as the nation's first vice president and second president; and his retirement years.

Bernstein establishes Adams as a key figure in the evolution of American constitutional theory and practice.

This is the first biography to examine Adams's conflicted and hesitant ideas about slavery and race in the American context, raising serious questions about his mythic status as a friend of human equality and a foe of slavery. This book's foundation is the record left by Adams himself — in diaries, letters, essays, pamphlets, and books.

The Education of John Adams concludes by re-examining the often-debated question of the relevance of Adams's thought to our own time. 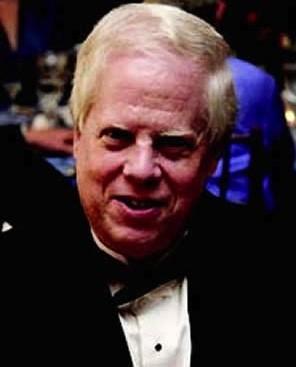 R. B. Bernstein is Lecturer in Law and Politics at the City College of New York, and a distinguished adjunct professor of law at New York Law School. He is an expert on the American Revolution, the origins of the Constitution, and the early republic. He is the author of numerous books, including The Founding Fathers Reconsidered, which was a finalist for the 2010 George Washington Prize, and Thomas Jefferson: The Revolution of Ideas.