Join us for an official book launch with award-winning author Nathaniel Philbrick. He will discuss his new book, Travels with George: In Search of Washington and His Legacy.

The in-person event includes a reception and book signing with the author. You can also attend virtually and receive a signed copy of the book by mail.

For 2 tickets and 1 book, choose "2" as your quantity during checkout.

Join us for an official book launch with award-winning author Nathaniel Philbrick. He will discuss his new book, Travels with George: In Search of Washington and His Legacy.

The in-person event includes a reception and book signing with the author. You can also attend virtually and receive a signed copy of the book by mail.

For 2 tickets and 1 book, choose "2" as your quantity during checkout. 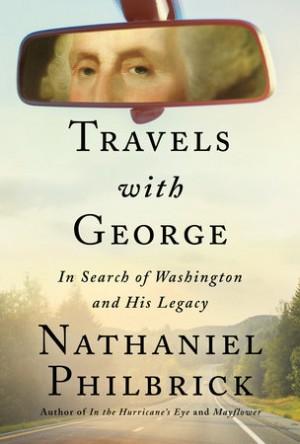 When George Washington became president in 1789, the United States of America was still a loose and quarrelsome confederation and a tentative political experiment. Washington undertook a tour of the ex-colonies to talk to ordinary citizens about his new government, and to imbue in them the idea of being one thing--Americans.

In the fall of 2018, Nathaniel Philbrick embarked on his own journey into what Washington called "the infant woody country" to see for himself what America had become in the 229 years since.

Writing in a thoughtful first person about his own adventures with his wife Melissa and their dog Dora, Philbrick follows Washington's presidential excursions: from Mount Vernon to the new capital in New York; a month-long tour of Connecticut, Massachusetts, New Hampshire, and Rhode Island; a venture onto Long Island and eventually across Georgia, South Carolina, and North Carolina.

The narrative moves smoothly between the eighteenth and twenty-first centuries as we see the country through both Washington's and Philbrick's eyes.

Written at a moment when America's founding figures are under increasing scrutiny, Travels with George grapples bluntly and honestly with Washington's legacy as a man of the people, a reluctant president, and a plantation owner who held people in slavery.

At historic houses and landmarks, Philbrick reports on the reinterpretations at work as he meets reenactors, tour guides, and other keepers of history's flame. He paints a picture of eighteenth century America as divided and fraught as it is today, and he comes to understand how Washington compelled, enticed, stood up to, and listened to the many different people he met along the way—and how his all-consuming belief in the Union helped to forge a nation. 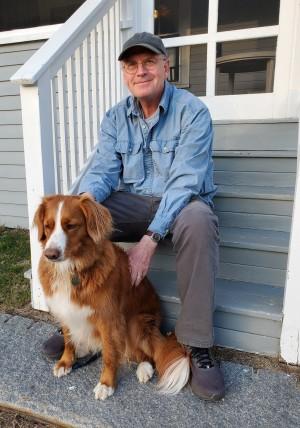 Nathaniel Philbrick is a prolific and award-winning author of books about American history.

In 2000, he published the New York Times bestseller, In the Heart of the Sea, which won the National Book Award for nonfiction. The book was the basis of the 2015 movie of the same title directed by Ron Howard. The book also inspired a 2001 Dateline special on NBC as well as the 2010 PBS American Experience film “Into the Deep” by Ric Burns.

His New York Times bestseller Mayflower was a finalist for both the 2007 Pulitzer Prize in History and the Los Angeles Times Book Award, won the Massachusetts Book Award for nonfiction, and was named one the ten “Best Books of 2006” by the New York Times Book Review. In June 2020, Penguin published an updated trade paperback edition with a new Preface to coincide with the 400th anniversary of the Mayflower’s arrival in Plymouth Harbor.

In 2013, Philbrick published the New York Times bestseller, Bunker Hill: A City, a Siege, a Revolution, which was awarded both the 2013 New England Book Award for Non-Fiction and the 2014 New England Society Book Award as well as the 2014 Distinguished Book Award of the Society of Colonial Wars. Bunker Hill has been optioned by Warner Bros. for a feature film adaptation with Ben Affleck attached to direct.

Philbrick received the 2017 George Washington Prize for his book Valiant Ambition: George Washington, Benedict Arnold, and the Fate of the American Revolution. This annual award, given by Mount Vernon, Washington College, and the Gilder Lehrman Institute of American History, recognizes the year’s best works on the nation’s founding era, especially those that have the potential to advance broad public understanding of early American history.