Inspired by George Washington’s selfless dedication to public service, the Brookings Institution and Mount Vernon are hosting a free one-day conference as some of our nation's top government, business, and civic leaders explore how we can overcome today's great challenges.

Inspired by George Washington’s selfless dedication to public service, the Brookings Institution and Mount Vernon are hosting a free one-day conference as some of our nation's top government, business, and civic leaders explore how we can overcome today's great challenges.

A link to join the stream will be provided in your registration confirmation. This event will be prerecorded and available to view anytime after January 27

Pulitzer-Prize winning author and historian Joseph Ellis discusses Washington's leadership and what light it might shed on the United States during the challenges faced today.

The complete afternoon session will be streamed on Mount Vernon's social media channels on Wednesday, January 27 at 3:00 pm ET with General John R. Allen, president of the Brookings Institution, and Dr. Douglas Bradburn, Mount Vernon President & CEO, and will include: 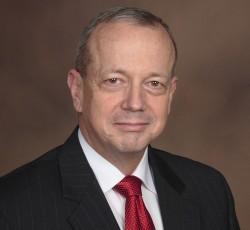 John R. Allen currently serves as the 8th president of the Brookings Institution. He is a retired U.S. Marine Corps four-star general and former commander of the NATO International Security Assistance Force and U.S. Forces in Afghanistan. 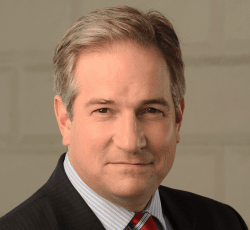 Bradburn formerly served as the Founding Director of the Fred W. Smith National Library for the Study of George Washington at Mount Vernon.

He is the author of numerous articles and book chapters as well as the monograph The Citizenship Revolution: Politics and the Creation of the American Union, 1774-1804, and the edited volume Early Modern Virginia: Reconsidering the Old Dominion, the most significant book produced to mark the 400th anniversary of the English founding of Jamestown.

Before coming to Mount Vernon, Bradburn served as chair of the history department and director of graduate studies at Binghamton University, State University of New York. 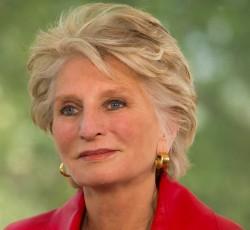 Jane Harman, the Director, President, and CEO of the Wilson Center, is an internationally recognized authority on U.S. and global security issues, foreign relations and lawmaking.

A native of Los Angeles and a public-school graduate, she went on to become a nine-term member of Congress, serving decades on the major security committees in the House of Representatives.

Drawing upon a career that has included service as President Carter’s Secretary of the Cabinet and hundreds of diplomatic missions to foreign countries, Harman holds posts on nearly a dozen governmental and non-governmental advisory boards and commissions. 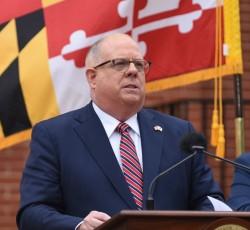 Governor Lawrence J. Hogan, Jr. was sworn in as the 62nd governor of the State of Maryland on January 21, 2015.

In 2018, he was overwhelmingly re-elected to a second four-year term, receiving the most votes of any Maryland gubernatorial candidate and becoming only the second Republican governor to be re-elected in the 242-year history of the state.

In his first inaugural address, Governor Hogan reminded citizens of Maryland’s history as a state of middle temperament and pledged to advance the best ideas, regardless of which side of the political aisle they come from.

He is recognized nationally as a strong, independent leader who consistently delivers real results and achieves common sense, bipartisan solutions.

After being elected by his fellow governors, Governor Hogan recently completed a successful term as chairman of the National Governors Association, and he consistently maintains one of the highest job approval ratings in the country. 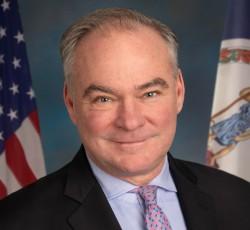 Senator Tim Kaine was elected to the Senate in 2012 and serves on the Armed Services; Budget; Foreign Relations; and Health, Education, Labor, and Pensions (HELP) Committees.

Tim grew up working in his father’s ironworking shop in Kansas City. His parents taught him the value of hard work and showed him how small businesses and technical skills strengthen this country every day.

After graduating from the University of Missouri, he started his public service career by running a technical school founded by Jesuit missionaries in Honduras. He trained teenagers to become carpenters and welders, equipping them with skills to lift up themselves and their communities.

He was first elected to office in 1994, serving as a city councilmember and then Mayor of Richmond. He became Lieutenant Governor of Virginia in 2002 and was inaugurated as Virginia’s 70th Governor in 2006. 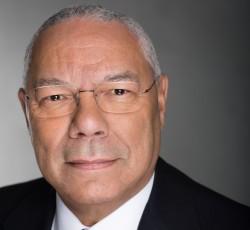 For over fifty years, General Colin L. Powell, USA (Ret) has devoted his life to public service. Having held senior military and diplomatic positions across four presidential administrations, Powell’s deep commitment to democratic values and freedom has been felt throughout the world.

From 1987-1989 Powell served as President Ronald Reagan’s National Security Advisor. He served from 1989-1993 as Chairman of the Joint Chiefs of Staff for both President George H.W. Bush and for President Bill Clinton. He was not only the youngest officer and first ROTC graduate to ever serve in the position but also was the first African American to do so.

During his time as Chairman, he oversaw 28 crises to include the Panama intervention of 1989 and Operation Desert Storm in the victorious 1991 Persian Gulf War.

Under President George W. Bush, Powell was appointed the 65th Secretary of State and was unanimously confirmed by the U.S. Senate.

As Secretary of State, he led the State Department in major efforts to address and solve regional and civil conflicts. He used the power of diplomacy to build trust, forge alliances and then help transform these unstable regions into areas where societies and cultures have the potential to prosper. He also worked at the forefront of American efforts to advance economic and social development worldwide.

Powell is the Chair of the Board of Visitors of the Colin Powell School for Civic and Global Leadership at his alma mater, the City College of New York (CCNY).

He is the Founder and Chairman Emeritus of the America’s Promise Alliance, dedicated to forging strong and effective partnership alliance committed to seeing that children have the fundamental resources they need to succeed.

He serves on the Museum Council of the Smithsonian Institute’s African American Museum of History and Culture and is a member of the Council on Foreign Relations.

Powell serves on the Board of Directors of Bloom Energy and Salesforce.com

He has written two New York Times best-sellers. Powell’s autobiography, My American Journey, was published in 1995. His second book, It Worked for Me in Life and Leadership, was published in 2012 and reveals the lessons that shaped his life and career. 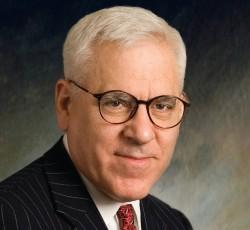 David M. Rubenstein is a co-founder and co-executive chairman of The Carlyle Group, one of the world’s largest and most successful private investment firms. The Carlyle Group manages $223 billion from 33 offices around the world.

Rubenstein is also a leader in the area of patriotic philanthropy, having made transformative gifts for the restoration or repair of the Washington Monument, Monticello, Montpelier, Mount Vernon, Arlington House, Iwo Jima Memorial, the Kennedy Center, the Smithsonian, the National Archives, the National Zoo, the Library of Congress, and the National Museum of African American History and Culture.

He has also provided to the U.S. government long-term loans of his rare copies of the Magna Carta, the Declaration of Independence, the U.S. Constitution, the Bill of Rights, the Emancipation Proclamation, the 13th Amendment, the first map of the United States (Abel Buell map), and the first book printed in the United States (Bay Psalm Book).

His latest book How to Lead: Wisdom for the World's Greatest CEOs, Founders, and Game Changers (Simon & Schuster 2020) is a New York Times and Wall Street Journal Bestseller. 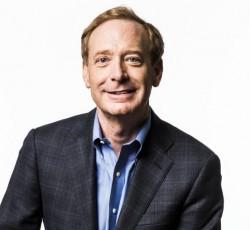 As Microsoft’s president, Brad Smith leads a team of more than 1,500 business, legal and corporate affairs professionals located in 54 countries and operating in more than 120 nations.

He plays a key role in spearheading the company’s work on critical issues involving the intersection of technology and society, including cybersecurity, privacy, artificial intelligence, environmental sustainability, human rights, immigration and philanthropy.

In his recent bestselling book, coauthored with Microsoft’s Carol Ann Browne, Tools and Weapons: The Promise and the Peril of the Digital Age, Smith urges the tech sector to assume more responsibility and calls for governments to move faster to address the challenges that new technologies are creating.

In 2002, he was named Microsoft’s general counsel and spent the following decade leading work to resolve the company’s antitrust controversies with governments around the world and companies across the tech sector.

Over the past decade, Smith has spearheaded the company’s work to advance privacy protection for Microsoft customers and the rights of DREAMers and other immigrants, including bringing multiple lawsuits against the U.S. government on these issues.

In addition to his work at Microsoft, Smith is active in several civic organizations and in the broader technology industry. He has served on the Netflix board of directors since 2015 and chairs the board of directors of both Kids in Need of Defense (KIND) and the Washington State Opportunity Scholarship program. 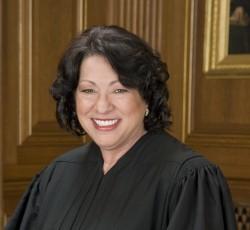 In 1979, she earned a J.D. from Yale Law School where she served as an editor of the Yale Law Journal. She thereafter served as Assistant District Attorney in the New York County District Attorney's Office from 1979-1984. She then litigated international commercial matters in New York City at Pavia & Harcourt, where she was an associate and then partner from 1984-1992.

She then served as a judge on the United States Court of Appeals for the Second Circuit from 1998-2009.

President Barack Obama nominated her as an Associate Justice of the Supreme Court on May 26, 2009, and she assumed this role August 8, 2009.