The advisers represented in the Be Washington experience are all based on real-life historical figures from the first president's cabinet, military leaders of the Revolutionary War, and more. Learn more about these members of George Washington's most trusted inner circle.

The Battle of Second Trenton

During this battle you decided if General Washington’s army should stand firm and face Cornwallis, fall back to Philadelphia, or advance north into New Jersey. 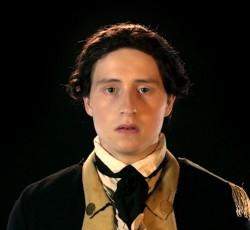 After crossing the icy Delaware River in nor'easter conditions in a daring night raid of Trenton the soldiers and officers were exhausted and lobbied General Washington for rest. 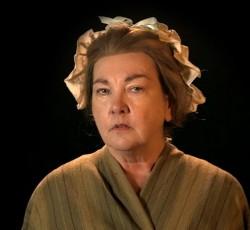 During the British occupation of New York City, civilians were at the mercy of the British army. Martial law was imposed on the city, making daily life very difficult. 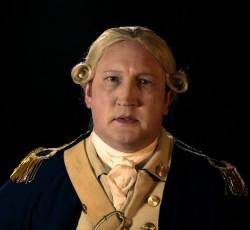 Henry Knox was a commander in the Continental army. Knox augmented the army’s artillery arsenal to unrivaled heights, helping to secure pivotal victories at the Battles of Trenton and Princeton in winter 1776. 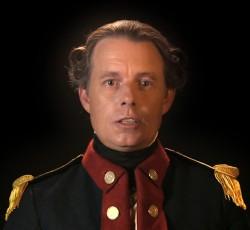 Colonel John Cadwalader received orders to cross the Delaware River on December 25th. He was able to cross with his light forces but when the artillery failed to cross he abandoned the crossing leaving Washington and his troops to fend for themselves in New Jersey. 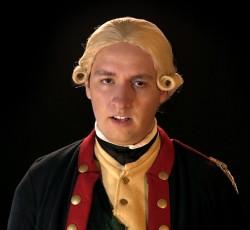 Joseph Reed resigned his successful law practices at the request of Washington and held the rank of colonel while serving as secretary and aide-de-camp to General Washington. Reed later served as a delegate to the Continental Congress. 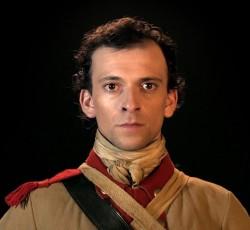 An American Sergeant, Joseph White believes the army has a strong position and should stay and fight. This advisor is a composite of historical characters based on primary sources. 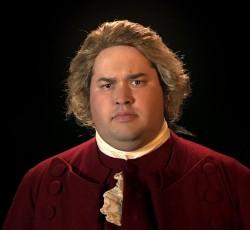 Robert Morris was an American merchant who helped to finance the majority of the revolution. He was a vocal opponent to British policies, a signer of the Declaration of Independence, and elected to the Pennsylvania Assembly. 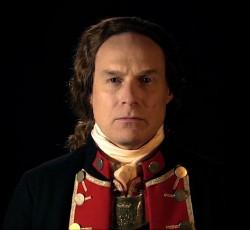 At the age of 22, George Washington was a lieutenant fighting in the French and Indian War. After a skirmish with French soldiers, he and his men retreated to Fort Necessity where he was forced to surrender.

During this crisis you decided if General Washington should arrest the conspirators for treason, convince the officers to remain patient, or pressure Congress to act. 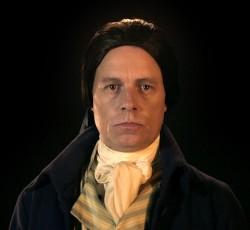 Roman Senator Marcus Porcius Cato served as an exemplar of republican virtue and opposition to tyranny for playwright Joseph Addison. Washington had the play performed for his men in the spring of 1778. 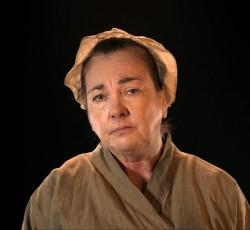 By the winter of 1777, around two thousand women marched with American troops performing traditionally domestic tasks. One such role was laundress for enlisted men and officers, which was essential for hygiene and disease prevention. 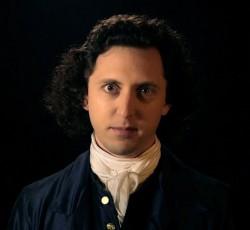 Alexander Hamilton was a New York delegate to the Confederation Congress in 1782. He was part of a faction that tried to use discontent about pay to frighten Congress and the states into allowing Congress to tax imports. 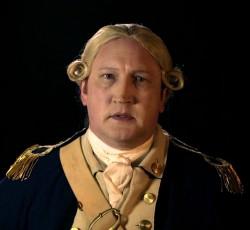 Henry Knox served as a commander in the Continental army and Washington entrusted him with some of the most critical responsibilities of the war. 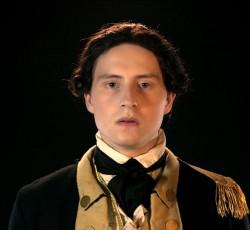 John Armstrong was an officer in the Continental Army and the anonymous author of the Newburgh Address. In 1783, he circulated his address that compiled the officers’ grievances and called for a meeting. 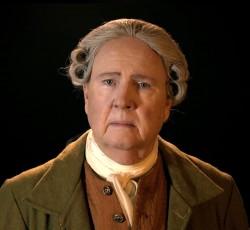 Joseph Jones was a prominent attorney and member of the Virginia House of Burgesses. He was a member of the 1788 Virginia Ratifying Convention and helped to draft the Bill of Rights. During Washington’s presidency, Jones was a supporter of the Jeffersonian faction. 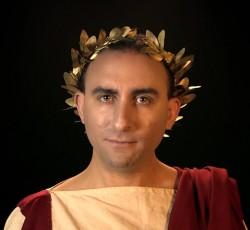 The Roman classics exerted a formative influence on the American founding era. Emperor Julius Caesar was among the founding fathers’ favorite villainous antimodel.

During this foreign affairs crisis you decided if President Washington should enforce neutrality, honor our treaty with France, or ask Congress to set a clear policy. 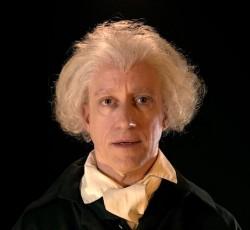 James Madison published a series of letters in the Gazette of the United States under the pseudonym Helvidius in response to actions by President Washington during the neutrality crisis. 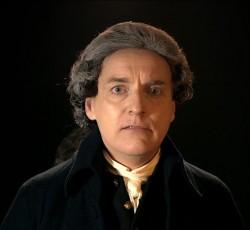 Alexander Dallas, a former newspaper editor, was appointed as Secretary of the Commonwealth of Pennsylvania by Governor Thomas Mifflin. He was an advocate for a strict construction of the Constitution.

Annis Boudinot Stockton first rose to fame as the wife of Richard Stockton, a signer of the Declaration of Independence, but was later remembered for her prolific and patriotic poetry. 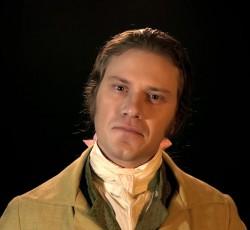 Edmond Charles Genet was a French diplomat sent to the United States during President Washington's first term. He wanted Americans to attack the British and Spanish in North America, countries then at war with France. 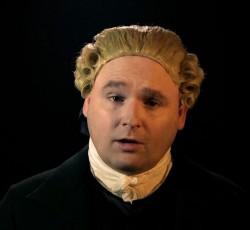 Randolph served as an aide-de-camp to General George Washington in 1775, and later had an extensive political career. He is perhaps best remembered for introducing the Virginia Plan to the Constitutional Convention. 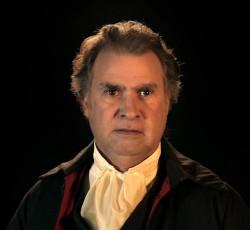 Known as “the Penman of the Constitution,” the eccentric and outspoken Gouverneur Morris contributed in multiple ways to building the core foundation of American government. 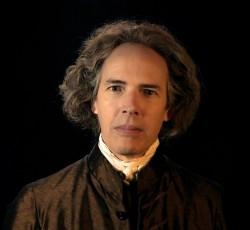 Unlike Alexander Hamilton and the Federalists, Thomas Jefferson and the Democratic-Republicans wanted to provide military support to France.

During this uprising you decided if President Washington should suspend the unpopular tax, let local officials handle enforcement, or use military force. 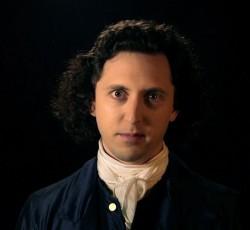 President George Washington appointed Alexander Hamilton secretary of the treasury in 1789. After war broke out in Europe in 1793, Hamilton helped quell the Whiskey Rebellion. 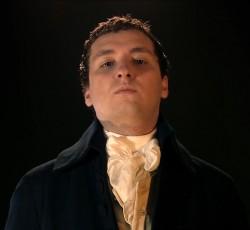 Benjamin Franklin Bache was the printer and publisher of the Philadelphia Aurora, a leading Democratic-Republican newspaper in the 1790s. He was a strong critical voice against Washington’s administration. 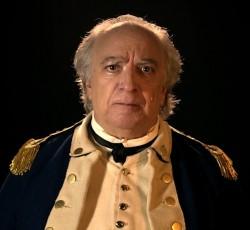 Daniel Morgan was a brigadier general in the Revolutionary War and one of the Continental Army’s most valuable tacticians. Morgan played a role in putting down the Whiskey Rebellion in Pennsylvania. 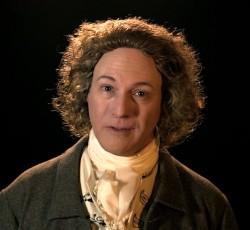 David Ramsay was a prominent physician and a member of the South Carolina legislature. During the battle for Charleston, he served in the militia as a field surgeon. He is best known as the first historian of the American Revolution publishing several books after the war. 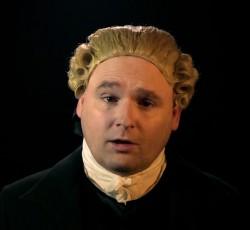 Edmond Randolph was appointed Attorney General and then Secretary of State. He oversaw the resolution of the Citizen Genêt Affair, in which Edmond Genêt encouraged American privateers to seize British ships. 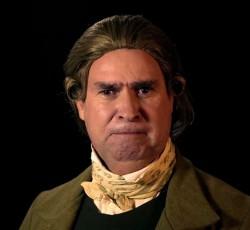 Hugh Brackenridge formed the American Whig Society, was a lawyer, a judge, and helped establish the Pittsburgh Gazette. In 1786, he was elected to the Pennsylvania State Assembly but lost his bid for re-election when he opposed federal controls. He also nearly lost his life attempting to mediate the Whiskey Rebellion. 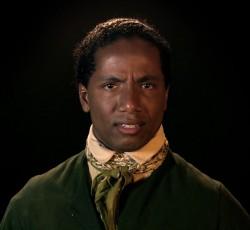 As a wheat farmer, John Mitchell feels that whiskey task benefits the rich. He also believes it is unfair to laborers, unjust, and impractical. This advisor is a composite of historical characters based on primary sources. 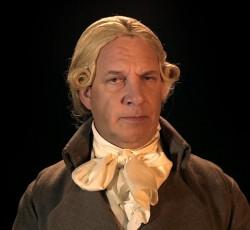 Thomas Mifflin served as a delegate and President of the Continental Congress, major general in the Continental Army, and delegate to the Constitutional Convention. During the Whiskey Rebellion, he was the governor of Pennsylvania.

Be Washington™: It's Your Turn to Lead

Do you have what it takes to lead like Washington? In this new interactive experience you will step into the shoes of the first president and commander and chief and make the very same decisions he had to.

Do you have what it takes to lead like George Washington?