This conference will highlight the well-known alliance between the United States and France as well as lesser-known relationships with the Netherlands, Spain, and other Europeans states and individuals.

View Day 1 of the conference here.

View Day 2 of the conference here.

View Day 3 of the conference here. 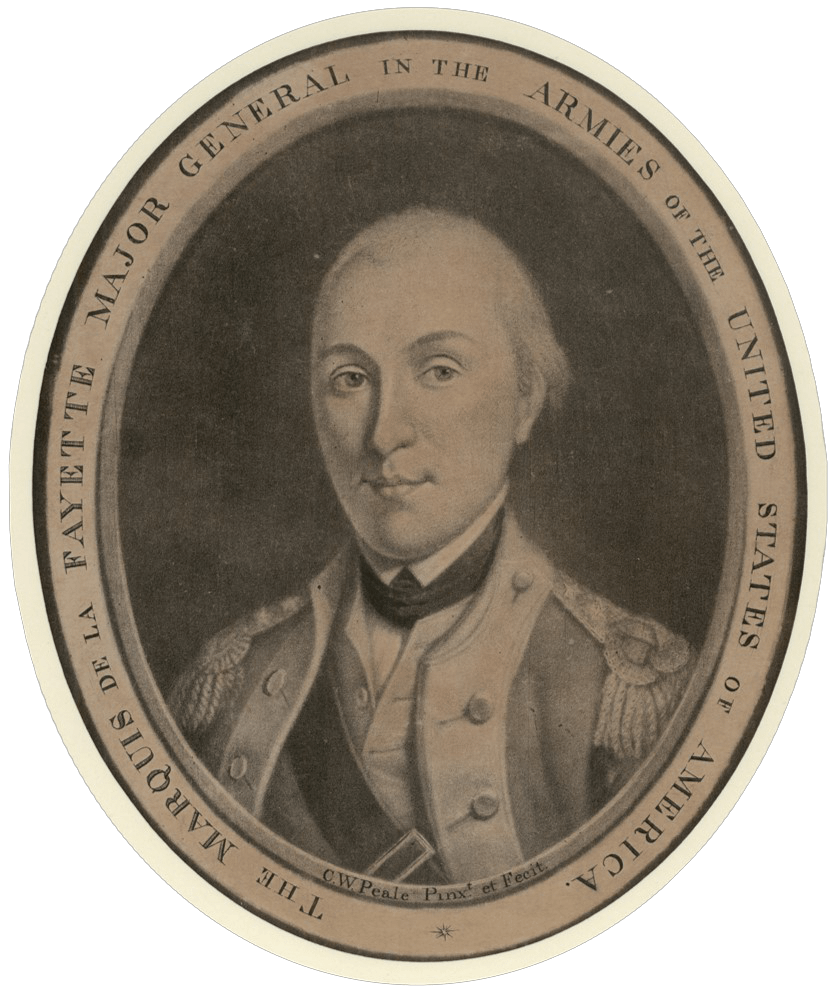 American Independence would not have been possible without financial and military support from Europe. And without recognition from powerful European nations, the young country would have never achieved an independent status “amongst the powers of the earth.” Because of the strength of European support, Great Britain found itself diplomatically isolated, without an ally in a war that became a global conflict, and with a Navy—which ruled the waves in the 18th century—outnumbered by the combined fleets of America’s friends. While nations looked to their interest, individual Europeans—like the brilliant Frenchman the Marquis de Lafayette--were inspired by the ideals of liberty and equality expressed by the Americans to justify their revolt. The consequences of such enthusiasm would have a lasting impact on Europe, and inspire sympathetic revolutions throughout the Age.

This conference will highlight the well-known alliance between the United States and France as well as lesser-known relationships with the Netherlands, Spain, and other Europeans states and individuals. This event will feature leading international scholars engaged in original and new research on the European dimension of the American Revolution. The proceedings will also celebrate the arrival from France of the replica of the Marquis de Lafayette’s ship, L’Hermione in American waters. 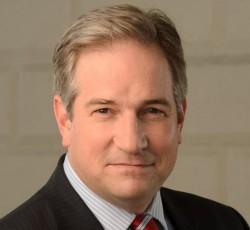 Before becoming the Founding Director of the Library, Dr. Bradburn worked as a professor and Director of Graduate Studies in the History Department at Binghamton University, State University of New York. He has taught college-level classes at a variety of institutions, and held two year-long fellowships. He is a specialist in the history of the American Revolution and the Founding of the United States, and has published numerous articles and book chapters on topics related to the great problems of the Revolutionary Age. His book, The Citizenship Revolution: Politics and the Creation of the American Union, 1774-1804 (UVA Press 2009), represents a thorough reconsideration of the meaning of the founding of the nation from the perspective of political fights over the meaning of individual rights and states’ rights within a changing federal Union. 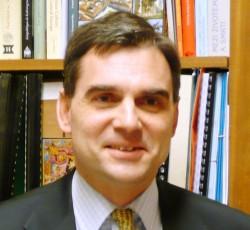 Season, Winds and the Sea: The Improbable Route of de Grasse to the Chesapeake

Olivier Chaline is a French modernist historian, including the history of Central Europe. He has held professorships at the University of Rennes II (1999-2001), and the University of Paris IV (Paris-Sorbonne), a post he has held since 2001. He is director of the Center for History of Central Europe and is a maritime archeology and historical research associate of the Center on Societies and Cultures of Western European (CRHISCO). 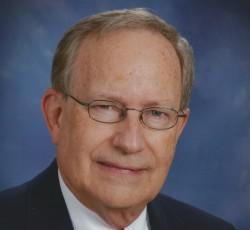 Robert Rhodes Crout is Co-Editor of the Papers of the Marquis de Lafayette (Cornell University) which produced the series Lafayette in the Age of the American Revolution 1776-1790, with a sixth and final volume in preparation. He was Associate Editor of the Papers of Thomas Jefferson (Princeton) and Associate Editor of the Papers of James Madison (University of Virginia). His doctoral dissertation on French-American trade and diplomacy during the American Revolution (the result of a Fulbright-Hay research award from the French government) received the Gilbert Chinard Incentive Prize. Drawing from almost forty years of research in previously unexplored archival and family collections throughout the Americas and Europe, he is currently writing a biography of Lafayette that will reconsider his role as both symbol and activist. He teaches Atlantic history, material culture, and semiotics in the History Department at the College of Charleston and is President Emeritus of the American Friends of Lafayette.

Jonathan R. Dull is the retired senior associate editor of The Papers of Benjamin Franklin series and author of the award-winning history The French Navy and American Independence: A Study of Arms and Diplomacy, 1774-1787. His latest book, The Miracle of American Independence: Twenty Ways Things Could Have Turned Out Differently, will be published later this year by Potomac Books. 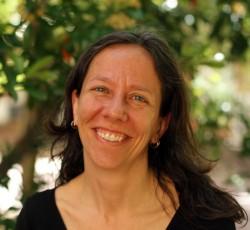 Kathleen DuVal is associate professor of history at the University of North Carolina-Chapel Hill. Her research focuses on early America, particularly cross-cultural relations on North American borderlands. She researches and writes about how various American Indian, European, and African men and women interacted from the sixteenth through early nineteenth centuries. She is currently writing a book on the American Revolution on the Gulf Coast titled Independence Lost. 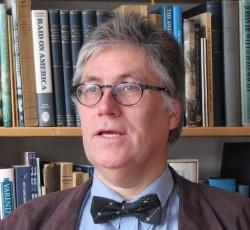 John Paul Jones’ Friends in the Netherlands in 1779

Victor Enthoven is current associate professor in history at the Free University of Amsterdam. In 2004 he co-edited in conjunction with Johannes Postma the award winning edited volume Riches from Atlantic Commerce: Dutch Transatlantic Trade and Shipping, 1585-1817. At present he is working on a project on Dutch Atlantic connections in the eighteenth century, especially with North America. 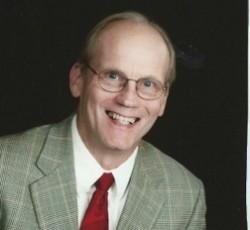 Ideology AND Interest: Free Trade, the League of Armed Neutrality, and the American Revolution

Professor Gilje is a George Lynn Cross Research Professor whose work focuses on the American Revolution and the early republic. His publications include Liberty on the Waterfront: American Maritime Society and Culture in the Age of Revolution, 1750-1850, which won two national prizes, including the "best book" award from the Society for Historians of the Early American Republic; and Free Trade and Sailors’ Rights in the War of 1812, which was published in 2013 by Cambridge University Press. He is the author of three other monographs, has edited five essay collections, and has published two encyclopedia projects, including the recent three-volume Encyclopedia of Revolutionary America. In 2009-10 he served as president of the Society for Historians of the Early American Republic. 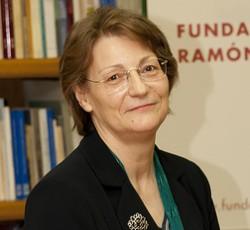 Sylvia Hilton is currently a Professor of History at the Complutense University of Madrid. She has published extensively on American history, with particular attention to connections between Spain and North America from colonial times to the present, and Spanish relations with and perceptions of the United States. She has co-edited and co-authored with Cornelis van Minnen five books on diverse aspects of U.S. History (VU University Press, 2000-2009), with Steve Ickringill European Perceptions of the Spanish-American War of 1898 (Peter Lang, 1999), and with Gene A. Smith Nexus of Empire: Negotiating Loyalty and Identity in the Revolutionary Borderlands, 1760s-1820s (University Press of Florida, 2010). 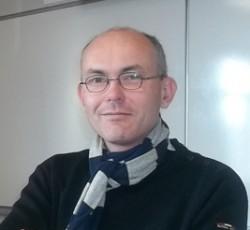 The Battle of the Chesapeake from the Quarterdeck

Jean-Marie Kowalski is Associate professor at the University of Paris-Sorbonne (Paris-IV). He has been teaching maritime history and military ethics at the French Naval Academy for 10 years. He is also in charge of the department of humanities of this military academy. His main research field is the history of navigation and of naval operations, starting from Greek antiquity. He is now conducting with Professor Chaline a comprehensive study of French and British logbooks from 1781 to 1783. 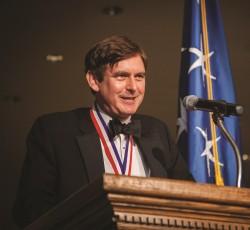 Professor of History at the University of Virginia

Andrew Jackson O’Shaughnessy is the Saunders Director of the Robert H. Smith International Center for Jefferson Studies at Monticello, as well as a Professor of History at the University of Virginia. He is the author of An Empire Divided: The American Revolution and the British Caribbean (2000) as well as his new work, The Men Who Lost America: British Leadership, the American Revolution, and the Fate of the Empire, which received the 2014 George Washington Book Prize. He is an editor of the Jeffersonian American Series of the University of Virginia Press; a member of the advisory board of the Founding Fathers’ Libraries Project; a member of the advisory board of the Documentary History of the Ratification of the Constitution; and a Fellow of the Royal Historical Society. In 2009, Dr. O’Shaughnessy was named ‘Teacher of the Year’ by the Virginia Society of the SAR. 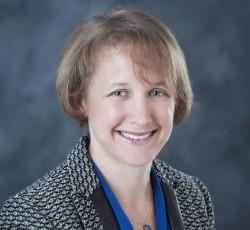 Julia Osman is an assistant professor at Mississippi State University, where her research interests focus on the culture of the French army during the seventeenth and eighteenth centuries. Her publications include Citizen Soldiers and the Key to the Bastille, which considers the Atlantic contexts of French military reform and revolution. She is currently working on projects that explore civilians and their exposure to real or imagined military violence. 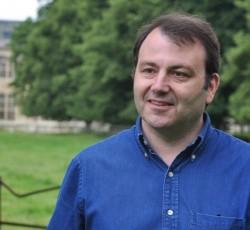 Munro Price is a British historian noted for his award-winning work on French history. Price was educated at Cambridge University and for most of his career he has been based at the University of Bradford, where he is currently professor of Modern European History. Professor Price's main field is modern French and European history, focusing on the French Revolution. He is the author of numerous books, including The Fall of the French Monarchy: Louis XVI, Marie Antoinette and the Baron de Breteuil won the 2002 Franco-British Society Literary Prize, and most recently, Napoleon: The End of Glory (2014). 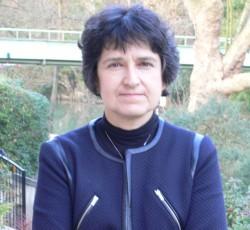 Marie-Jeanne Rossignol is a Professor of American history and civilization at University Paris Diderot, Paris, France. Her first book The Nationalist Ferment: The Origins of U.S. Foreign Policy, 1789-1812 (Ohio State University Press, 2003) won the OAH Foreign Book Prize in 1996. A specialist of the early American Republic, she has worked since on the history of slavery and abolition in the United States with an Atlantic perspective. She published the first French translation of William Wells Brown’s slave narrative in 2012 (with Claire Parfait), and is currently translating and editing Anthony Benezet’s famous Some Historical Account of Guinea (1771) with other French scholars. Her most recent article on Atlantic antislavery, focusing on the connections between Crèvecoeur, Jacques-Pierre Brissot, French and American antislavery, was published in Quakers and Abolition, edited by Geoffrey Plank and Brycchan Carey (2014). One of the founders of the European Early American Studies Association (EEASA), she was the president of the association between 2010 and 2012. 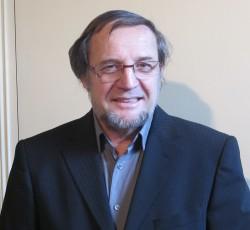 La Fayette and the Passage of the Ship La Victoire in 1777: New Interpretations

Professor Patrick Villiers is a French modernist historian and a specialist of the French Navy, privateers, convoys, colonial trade and sea warfare from Louis XIII to Napoléon I. He has held professorships at the University Littoral-côte d’Opale ULCO (Dunkirk-Calais-Boulogne). He founded and managed the Centre of Research on Maritime and Coastal History (CRHAEL) from 1995 to 2012. He is retired, but currently is vice-chairman of Société français d’Histoire maritime and member of the Historical Research Team of the French Society of the Sons of the American Revolution. He as received five prizes from Académie de Marine. His latest book La Fayette, rêver la gloire (2013) with Laurence Chatel de Brancion (member, DAR) is going to be published in English and available in the USA in spring 2015. 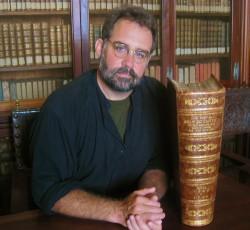 Atlantic Dimensions of the American Revolution: Imperial Priorities and the Portuguese Reaction to the North American Bid for Independence

Walker is an associate professor of history at the University of Massachusetts Dartmouth. Recent publications include “Atlantic Dimensions of the American Revolution: Imperial Priorities and the Portuguese Reaction to the North American Bid for Independence (1775-1783),” and “The Medicines Trade in the Portuguese Atlantic World: Dissemination of Plant Remedies and Healing Knowledge from Brazil, c. 1580-1830.”

This conference is dedicated to the memory of Jacques Godechot and Robert R. Palmer, the founders of Atlantic History.

Sons of the American Revolution

The Sons of the American Revolution is a male lineage society that perpetuates the ideals of the war for independence. As a historical, educational, and patriotic, non-profit corporation, the SAR seeks to maintain and expand the meaning of patriotism, respect for our national symbols, the value of American citizenship.