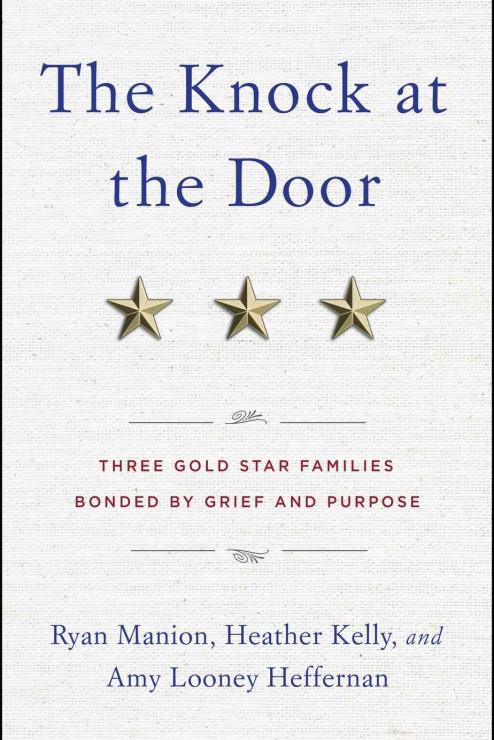 Three Gold Star women, linked forever by unimaginable loss, share their inspiring, unlikely journey that began on the worst day of their lives.

What happens when tragedy knocks on your front door?

For us, it was a literal knock, with two men standing in crisply pressed uniforms. They had news. News that gutted us to the core -- the death of our loved ones, a brother and two husbands -- in combat zones. The thing about those moments is that it's almost inconceivable that they can happen to you. That is, until they do.

This book is for anyone who has ever received a knock at the door. And if you live long enough and have the courage to love others, you will. Maybe it's a cancer diagnosis. Maybe it's the death of your best friend. The betrayal of a spouse. The loss of a child. The implosion of a professional career. Or any tragedy that takes the person we love the most away from us too soon. Life is not without its challenges. The key is how you respond. This is our story. The story of three women, bonded by grief and purpose. Grief because we lost our best friends in war. Purpose because we resolved -- together -- to do something about it. To turn loss into inspiration for others and to channel the love that we had for the men in our lives into love for others through service. It was the only way we could escape the trap of despair and inaction, and we believe it offers a roadmap for anyone else who has ever had to answer a knock at the door.

Ryan Manion is the surviving sister of Marine 1st Lt. Travis Manion, who was killed in Iraq on April 29, 2007. His death served as the inspiration for establishing the Travis Manion Foundation, a nationally recognized veteran service organization. Today Ryan leads the foundation as President, and as a highly regarded advocate for the military community, she addresses national audiences frequently.

Amy Looney Heffernan is the surviving spouse of Lt. Brendan Looney, a West Coast-based Navy SEAL who was killed in Afghanistan on September 21, 2010. Brendan was also the best friend and Naval Academy roommate of Travis Manion. Amy has a Masters in Public Administration and serves as the Vice-President of the Travis Manion Foundation.

Heather Kelly is the surviving spouse of Marine 1st Lt. Robert Kelly, who was killed in Afghanistan on November 9, 2010. Serving as the West Region Program Manager for Travis Manion Foundation, Heather works closely with veterans returning to civilian life, the surviving family members of those who make the ultimate sacrifice, and fostering America's next generation of leaders.

General Kelly was born and raised in Boston. He enlisted in the Marine Corps in 1970, and was discharged as a sergeant in 1972, after serving in an infantry company with the 2nd Marine Division, Camp Lejeune, NC. Following graduation from the University of Massachusetts in 1976, he was commissioned as an officer of Marines and commanded numerous times throughout his career. These command tours were far-and-away the most rewarding of all his many assignments as it involved leading America’s finest to include our Navy Docs. He is also a proud “Sea Going” Marine having served aboard the aircraft carriers USS Forrestal and USS Independence.

Other duties along the way included time spent in legislative affairs, serving as a special assistant to the Supreme Allied Command – Europe, instructing at The Basic School and Infantry Officer Course, and serving as the Senior Military Assistant to two Secretaries of Defense. His most recent—and final—assignment was as the Combatant Commander, United States Southern Command. He retired after 45+ years of service on 1 February 2016.

Mary Katharine Ham is a nationally prominent journalist, author, and speaker. She’s a CNN Political Commentator and in 2016, she was well received for her moderation of an ABC News 2016 GOP presidential primary debate in New Hampshire, which featured nine candidates. Ham is the co-author of "End of Discussion: How the Left's Outrage Industry Shuts Down Debate, Manipulates Voters, and Makes America Less Free (and Fun)." She is a popular speaker for young audiences interested in free speech and new media, and has taught course on free-speech issues as a Harvard Institute of Politics Visiting Fellow in the Kennedy School of Government in 2017.

She is a fourth generation journalist with solid roots in print and new media. Ham has written for The Atlantic, USA Today, The Weekly Standard, and appears periodically on NPR’s "All Things Considered." Ham has also become a powerful speaker on faith and resilience since her 34-year old husband was suddenly killed in a bike accident in 2015. Ham was seven months pregnant at the time and had a 2-year-old. She talks about her strong faith, optimism, and fortitude as tools to get through — and return to living with gratitude and joy —- even in the most tragic circumstances.