Welcome to Madison Park, a small community in Alabama founded by freed slaves in 1880. And meet Eric Motley, a native son who came of age in this remarkable place where constant lessons in self-determination, hope, and unceasing belief in the American dream taught him everything he needed for his journey to the Oval Office as a Special Assistant to President George W. Bush.

Eric grew up among people whose belief was to “give” and never turn away from your neighbor’s need. There was Aunt Shine, the goodly matriarch who cared so much about young Motley’s schooling that she would stand up in a crowded church and announce Eric’s progress or his shortcomings. There was Old Man Salery, who secretly siphoned gasoline from his beat-up car into the Motley’s tank at night. There were Motley’s grandparents, who bought books for Eric they couldn’t afford, spending the last of their seed money. And there was Reverend Brinkley, a man of enormous faith and simple living. It was said that whenever the Reverend came your way, light abounded. Life in Madison Park wasn’t always easy or fair, and Motley reveals personal and heartbreaking stories of racial injustice and segregation. But Eric shows how the community taught him everything he needed to know about love and faith.

This charming, engaging, and deeply inspiring memoir will help you remember that we can create a world of shared values based on love and hope. It is a story that reveals the amazing power of faith in God and each other. If you’re in search of hope during troubled times, look no further than Madison Park. 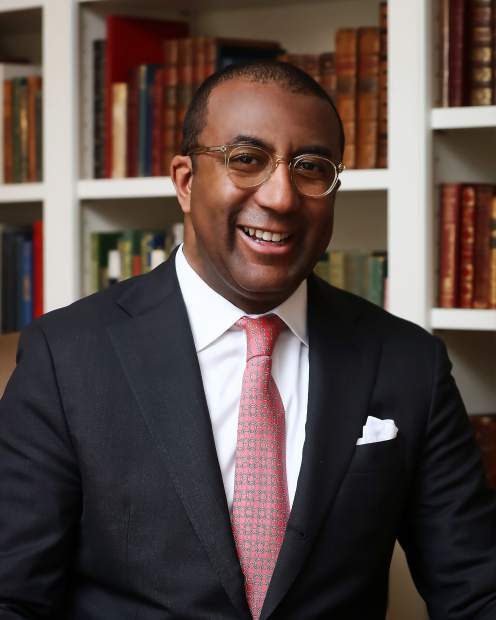 Eric L. Motley grew up in Montgomery, Alabama, the son of adoptive grandparents who raised him in the community of Madison Park, which was founded by freed slaves in 1880. From this beginning in the black community he rose to become a special assistant to President George W. Bush.  Eric is executive vice president of the think tank The Aspen Institute which on a national and international level discusses today’s global issues that face the United States and her partners across the world. Motley is also a member of the Library Cabinet for the Fred W. Smith National Library for the Study of George Washington at Mount Vernon which advises over the Library's actions.