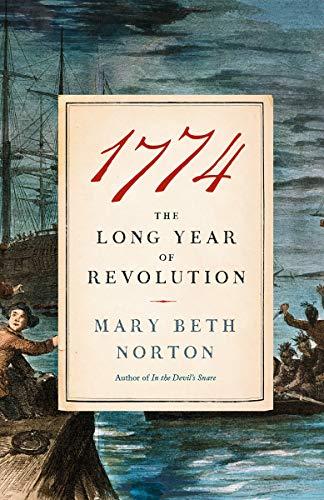 Mary Beth Norton has identified and richly described a key year in the revolutionary transformation of American resistance to Britain. She notes how the courts, the newspapers, the militia, and the assemblies were radicalized against the British. She significantly demonstrates that other colonies were more outspoken in their opposition to the tea duties, such as New York and Pennslyvania than Massachusetts before the Boston Tea Party. She shows that Britain’s Coercive Acts galvanized opposition and contributed to its revolutionary transformation. Her book offers a particularly rich tapestry in recreating the inter-colonial communications and parallel developments between the colonies. 1774 was the first year in which Americans sympathetic to the British be described as Loyalists and Tories, and to be persecuted by the patriots, setting the stage for a civil war that was part of the Revolutionary War. She makes the case that it was the year in which the Revolution became inevitable.

Order a copy of all of the finalist books 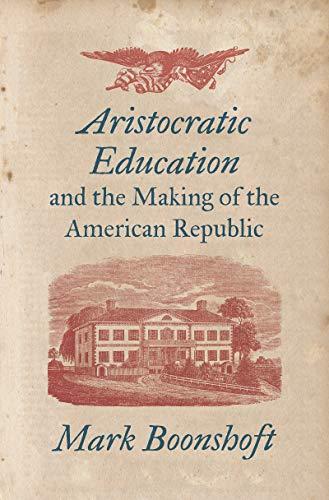 Mark Boonshoft, Aristocratic Education and the Making of the American Republic

Mark Boonshoft has made an important contribution to the history of education in the United States. His book discusses the much-neglected rise of academies, between the American Revolution and the Civil War. Prior to the creation of a public school system, the academies were the main means of secondary schooling. They proliferated during this period. However, they were a hybrid between a public and private system of education. Although receiving significant public funds, they largely benefitted the wealthy, a reminder of the continued elitism of the world of post-revolutionary America. 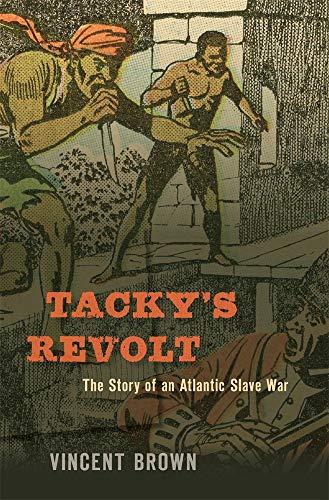 Vincent Brown’s Tacky’s Revolt: The Story of an Atlantic Slave War is a remarkable study of the largest slave revolt in British America. What draws readers into this book is Brown’s observation that “historians have barely noticed that the Jamaican insurrection” of 1760 was one of the major battles of the Seven Years’ War. It integrates the African background and specifically the role of the Coromantee. While some might characterize this book as military history, it is much more than that. This is a book that disrupts the way we think about the institution of slavery and gets readers pondering what other slave revolts hold similar historical significance, only to have that significance silenced over time. As Brown notes, as late as the nineteenth century, anxious slaveholders would refer to potential troublemaking slaves as “Tackeys among us.” Perhaps the ambiguous nature of these legacies helps explain why they register so faintly in the imagination today. Tacky’s Revolt also helps readers connect not only the American Revolution and slavery, but also the connection with slavery and ideas of empire. This is an important work of American history, one that does some necessary reframing of the historical narrative, forcing its readers to confront some enduring myths about slavery and its role in shaping American history and society. 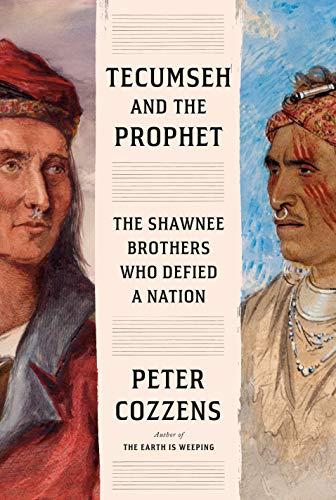 Peter Cozzens, Tecumseh and the Prophet: The Shawnee Brothers Who Defied a Nation

This book highlights a different facet of the life of Tecumseh, the famed Native American leader and intercultural diplomat. In contrast to most studies, Peter Cozzens discusses the importance of the “symbiotic relationship” between Tecumseh and his younger brother Tenskwatawa. Together both men conceived of what the author describes as the “greatest pan-Indian confederation the westering American Republic would ever confront.” The contrast between the brothers’ personalities was striking, which played a role in how they were remembered in subsequent accounts of their lives. Tecumseh was a political leader whose political acumen and talent for diplomacy was recognized and even valorized by European American adversaries and later historians. In contrast, Tenskwatawa, known as the Shawnee Prophet, was motivated by Native spiritual traditions that he drew upon to repel encroaching American settlers who despised and demonized him (as would later historians). The brothers are described by the author as standing “among the most influential siblings in the annals of America.” Ultimately, the book shows us how the lives of these Shawnee brothers are intertwined with the history of the early American Republic and the voracious expansion of the new nation which occurred at the expense of Native American people. 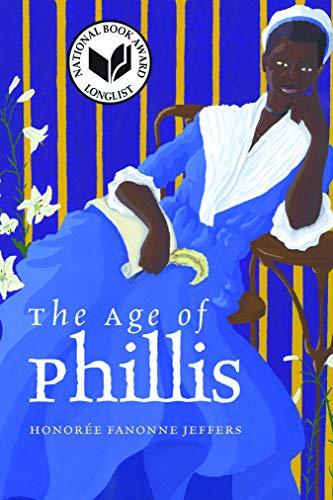 It is rare to read of work of poetry that also functions as a work of historical narrative, but that is what Honorée Jeffers accomplishes in The Age of Phillis. Through the story of Phillis Wheatley, Jeffers not only takes us into the story of the writer and her poetry, but also into the time of the American Revolution. Based on fifteen years of archival research, this is a book that takes readers into the American past, while at the same time revealing how that past sometimes echoes in the present. Wheatley’s intellectual capabilities were brought into question by prevailing notions of both African and female inferiority. While showing her readers how those were real issues Wheatley confronted, she subtly makes her readers think about the Phillis Wheatley’s that may be in our midst in contemporary American society. Jeffers also gives her readers a sense of place in this book in a way that makes the past come alive in the present and thus recreates a sense of history and memory. 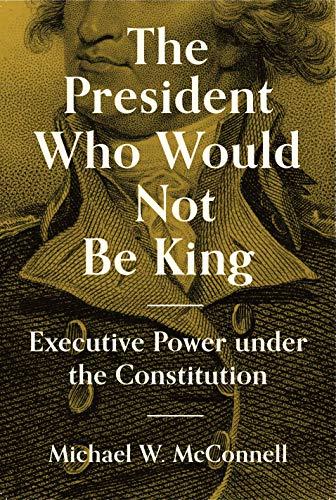 Michael W. McConnell, The President Who Would Not Be King: Executive Power under the Constitution

Michael W. McConnell has written a much-needed book on the creation of the presidency in the Constitutional Convention. Although written from a legal perspective, it shows impressive familiarity with the historical context of the decisions and not least the British Constitution, whose influence is clearly demonstrated on the U.S. It might be read as a sustained refutation of Eric Nelson’s Royalist Revolution: Monarchy and the American Founding (2014), which argued that the Constitution made the presidency more powerful than George III. McConnell shows how many of the prerogative powers of the monarch were transferred to the Congress. The book is also noteworthy in its attempts to be bipartisan, showing the accretion of executive power under both Democrats and Republicans. 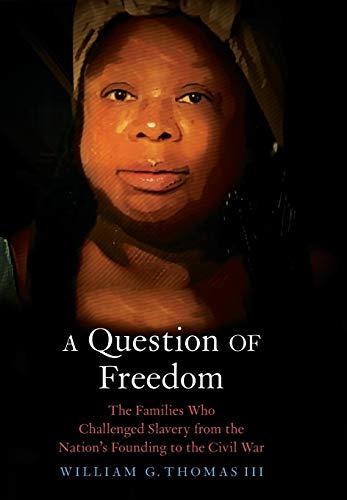 William G. Thomas III, A Question of Freedom: The Families Who Challenged Slavery from the Nation’s Founding to the Civil War

This book combines the author’s family history with original archival research on the “freedom suits” that put the institution of slavery itself on trial in U.S. courts between the years 1787 and 1861. During this period, hundreds of suits were initiated by enslaved individuals living in Prince George’s County, Maryland against powerful slaveholding families. Describing these freedom suits as the “public counterpart of the Underground Railroad,” Thomas demonstrates how several generations of families such as the Queens, Mahoneys, and Butlers used the legal system to fight for their individual freedom. Their brave actions had wide-ranging repercussions and ultimately challenged the legality of slavery itself. Piecing together evidence from a variety of sources due to the fact that there are no transcripts of the trials, Thomas research debunks the myth that the inhumane institution stood on firm legal ground. Combining personal accounts from the present day with historical research which includes difficult truths about the role the author’s own ancestors played in the story, A Question of Freedom compels readers to contemplate how we, as individuals and as a nation, continue to grapple with the bitter legacy of slavery.

Past Winners of the Washington Prize

Explore past winners of the Washington Prize