A distinguished jury comprised of notable scholars Carol Berkin, Christopher L. Brown, and David Preston, selected the finalists from a field of over 60 books.

An Interview with 2020 Winner Rick Atkinson

The British are Coming: The War for America, Lexington to Princeton, 1775-1777 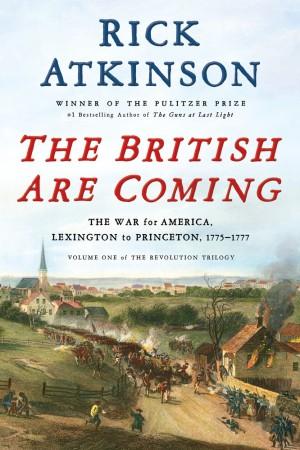 The British are Coming is an exquisite masterpiece of history by one of the nation’s foremost writers and historians. There is a newness, eloquence, and immediacy in Atkinson’s telling that surpasses any previous Revolutionary War narrative; it conveys to the reader a sense of discovering the American Revolution for the very first time, in all of its sheer drama. This volume embraces the lived experience of the war’s early years with all of its complexities, ironies, triumphs, and tragedies.

Atkinson undertook an enormous depth and breadth of archival research for this volume, and his mastery of the documentary evidence as well as recent historiography is all the more remarkable for a first foray into the American Revolution. Atkinson’s acclaimed trilogy on the U.S. Army in World War II, and his experiences alongside David Petraeus in Iraq have afforded him broader insights onto the challenges faced by eighteenth-century armies. Atkinson's stunning overture on King George III in 1773 sets the tone for the entirety of the volume, one that resounds with multiple perspectives and incorporates the richness of recent scholarship on free and enslaved African Americans, French Canadians, Native Americans, loyalists, and British combatants.

Atkinson moves beyond a mere narrative of the war’s battles and campaigns in America, as he unfolds a broader geographical and cultural fabric of the Revolutionary War. Above all, it movingly captures the humanity and inhumanity of the war’s varied combatants, challenging embedded mythologies along the way. George Washington looms large in this volume, and Atkinson’s portrait of his evolution as the vital leader of the revolutionary movement is as masterful as it gets. This volume is, in short, a work to be reckoned with and one that will powerfully inform broader conversations on the importance and continued relevance of our national origins. 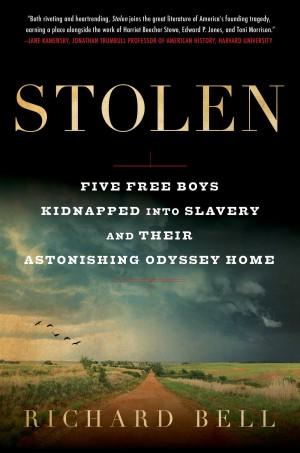 With Stolen: Five Free Boys Kidnapped into Slavery and Their Astonishing Odyssey Home, Richard Bell brings vivid new detail to what he identifies as “the reverse underground railroad” – the illicit networks that seized free African Americans and spirited them away to the rapidly expanding slave markets in the cotton south.

Bell relays this history through the story of five teenage boys tricked in to captivity on the docks of Philadelphia by a network of slave takers who operated from Maryland’s Eastern Shore. He traces the boys’ harrowing odyssey from Philadelphia to Virginia to Alabama. With efficiency, skill, and complete mastery of his subject, Bell shares the ordeal of the kidnapped children – their fears, their exile, and then their ultimate redemption as documented in the surviving record preserved in the papers of the Pennsylvania Abolition Society. Riveting and unforgettable, Stolen exposes a hidden history of fundamental importance to the history of race and slavery in the new republic.

The Property of the Nation: George Washington's Tomb, Mount Vernon, and the Memory of the First President 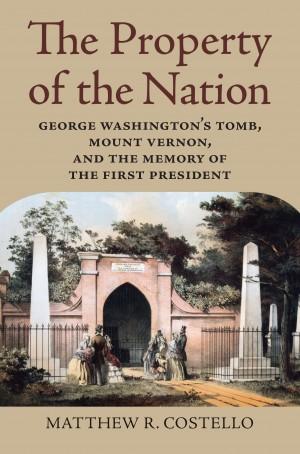 Although the title here suggests a narrow study of material culture, this book is a rich examination of the process of memory-making, in this case, the struggle to shape the nation’s memory of its first president. It documents the emergence of a genteel profiteering around the memory of Washington, the rise of what Costello terms “historical tourism,” the selling by African American story tellers of an image of Washington as a man of the people, and finally the emergence of the Mount Vernon Ladies' Association and their guardianship of Mount Vernon.

Costello provides a rich context for each phase of the battle over how Washington would be remembered. His book covers the political intrigue of the early republic, America’s growing sectionalism, the transportation revolution that made “historical tourism” possible, and the concerted effort to adapt Washington’s image to match the growth of democratic culture in America. This is frankly a fascinating study, well written and persuasively argued, one that will satisfy a general audience as much as a scholarly one.

Heirs of an Honored Name: The Decline of the Adams Family and the Rise of Modern America 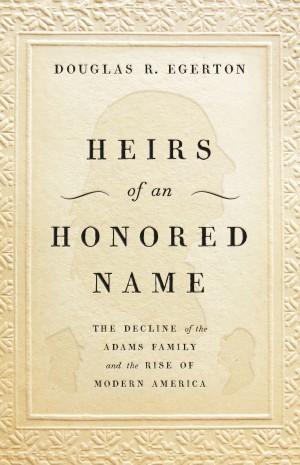 Few American families have left their mark over so many decades as the Adams family. In this enthralling epic saga Egerton traces how John Adams’s descendants carried some of his highest-- and many of his most questionable-- values, as well as his personality flaws into the 19th century. As Egerton reminds us, John Quincy Adams was himself ambivalent about race: he championed African American rights but could not support the idea of racial social equality. The generation that followed felt uncomfortable and even alien in the world emerging around them; some rejected that world entirely.

Egerton is in full command his subjects, capturing each of them as individuals and as men and women who carried the burden of their progenitor’s fame. The author makes no effort to whitewash the Adams clan; he acknowledges both their use and their squandering of their talents and does not excuse their faults. As he shows us, by the third generation, the Adamses had taken refuge in racism and Antisemitism. In explaining this decline, Egerton provides a powerful picture of the tensions that came with the modernizing of America.

Many historians have noted the alienation and discontent of John Adams and John Quincy Adams in the waning years of the Early Republic as democracy spread, but it is Egerton who most meticulously and vividly illustrates what their fears and concerns were—and how these grew into the twisted hostility to African Americans, Jews, and the modern industrial society emerging around them.

World of Trouble: A Philadelphia Quaker Family's Journey through the American Revolution 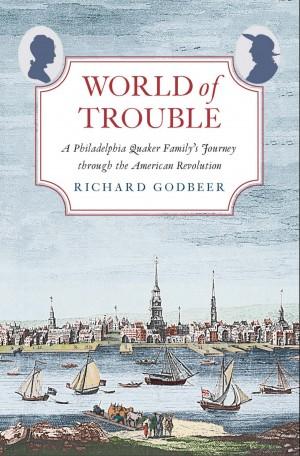 In A World of Trouble, Richard Godbeer retrieves the experience of a prominent Philadelphia Quaker during the tumultuous years of the American Revolution. Drawing extensively upon the substantial collection of papers left by Henry and Elizabeth Drinker, Godbeer captures their ambitions, the uncertainties, their confusion, the losses, and, ultimately, their hopes that, together, shaped their choices and relationships over a half-century, from their marriage in 1761 down to the end of their lives a half-century later.

Along the way, Godbeer sheds new light on Philadelphia under British occupation, the shifting meanings of allegiance and loyalty in times of crisis, and, thereafter, the impact of republican values on the pursuit of economic opportunity, the management of dependent kin, and the supervision of household labor. Written with sympathy, sensitivity, and a keen emotional intelligence, A World of Trouble offers a new and compelling portrait of life as lived during the revolutionary era.

A Crisis of Peace: George Washington, the Newburgh Conspiracy, and the Fate of the American Revolution 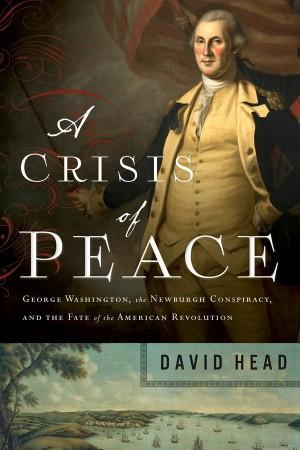 A Crisis of Peace presents a vivid narrative of the Newburgh Conspiracy of 1783. It represents the finest account that we have of the critical phase of the Revolutionary War following the Siege of Yorktown: a phase that presented multiple military, economic, and political dangers to the nascent republic. David Head’s lively narrative thrusts the reader into Philadelphia taverns, Continental soldiers’ huts at Newburgh, and the headquarters of generals Washington and Gates, who had to maintain the army in the waning year of the war.

The main interpretive surprise of A Crisis of Peace is deflating the notion of any Newburgh Conspiracy in 1783. Head argues that there is little to no evidence of a conspiracy (in the fullest sense of that word), in which Army officers were plotting with other nationalist politicians to use military force to coerce Congress into paying their salaries or pensions. Instead, he suggests that the event was more of a chain of misunderstandings and accidental timing, occasioned by officers’ rash but uncoordinated communication that violated the chain of command and provoked Washington’s intervention.

If events at Newburgh contained far less danger of military coup than we’ve traditionally believed, Head nonetheless puts Washington’s astute political leadership front-and-center throughout the book: from his famous speech in the Temple of Virtue to his aggrieved officers, to his de-escalation of the Pennsylvania Line’s mutiny, to the final (and peaceful) disbanding of the Continental Army. The book concludes with Washington’s momentous surrender of his commission to the Congress at Annapolis in December 1783. 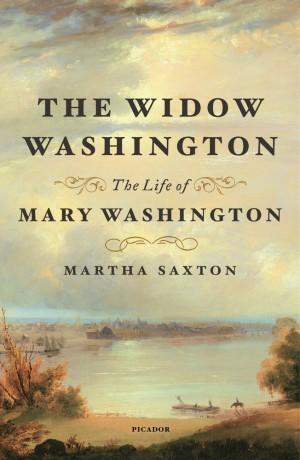 This is a beautifully written, well-researched revisionist study of the relationship between Mary Ball Washington and her son, George. With this book, Saxton adds much-needed complexity to a relationship often painted in the stereotypical terms of uncaring and demanding mother and dutiful son. Saxton challenges this unflattering, standard interpretation of Mary Ball Washington as cold and greedy, and in the process, she reveals the difficulties facing widows and mothers even among the 18th century’s elites.

Mary emerges here as a three-dimensional figure, orphaned at a young age, who married an older man and thus entered Virginia’s fabled planter society. Eleven years later, she found herself a widow, deprived of most of her husband’s property by colonial law, and struggling to raise her five children. George never understood the fears of poverty and helplessness that continued throughout her life; he dismissed them as imaginary and manipulative.

Yet, as Saxton shows, Mary had a significant influence on her son, passing down to him many of the moral and religious principles that marked his adult life. Indeed, the author shows us how alike mother and son were. Both struggled with their emotions and with their fierce sense of duty to family. Although the title of this book suggests that it is a single biography, it is far broader: it illuminates the Washington family and the character of its most famous member, George. Saxton’s book will hold the attention of both scholars and the general reading public.