The George Washington Book Prize is one of the nation’s largest and most prestigious literary awards.

The winner of the 2017 George Washington Book Prize Is

Valiant Ambition: George Washington, Benedict Arnold, and the Fate of the American Revolution 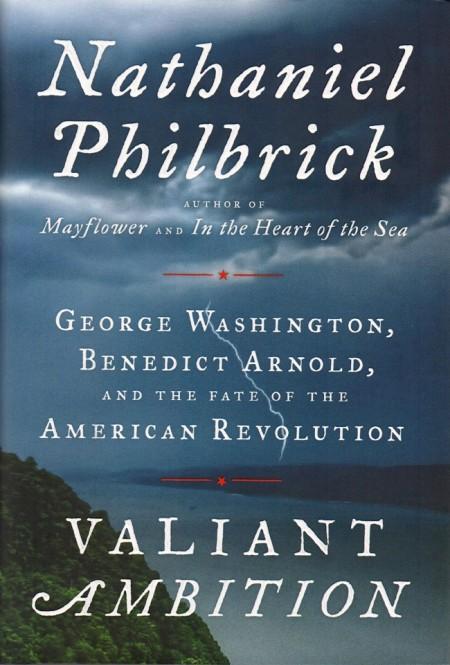 Valiant Ambition is a surprising account of the middle years of the American Revolution and the tragic relationship between George Washington and Benedict Arnold.

Philbrick creates a complex, controversial, and dramatic portrait of a people in crisis and of the war that gave birth to a nation. He focuses on loyalty and personal integrity as he explores the relationship between Washington and Arnold — an impulsive but sympathetic hero whose misfortunes at the hands of self-serving politicians fatally destroy his faith in the legitimacy of the rebellion. As a country wary of tyrants suddenly must figure out how it should be led, Washington’s unmatched ability to rise above the petty politics of his time enables him to win the war that really matters.

Early in his term as first president, worried about the stability of the new constitutional order, George Washington organized a series of arduous journeys that took him to all thirteen states.

By taking the government to the people, he believed he could help them better understand the pressing need to support a strong federal union. In his tours to distant and disparate states he built connections with ordinary citizens which helped the new nation survive its difficult early years.

Most Blessed of the Patriarchs

This character study of Thomas Jefferson explores his origins in Virginia, his five-year sojourn to Paris, and his views on Christianity, slavery, and race. We see not just his ideas and vision of America but come to know him in an almost familial way, such as through the importance of music in his life.

Tracing Jefferson's philosophical development from youth to old age, the authors explore what they call the "empire" of Jefferson's imagination; an expansive state of mind born of his origins in a slave society, his intellectual influences, and the vaulting ambition that propelled him into public life as a modern avatar of the Enlightenment who, at the same time, likened himself to a figure of old; "the most blessed of the patriarchs." Indeed, Jefferson saw himself as a "patriarch," not just to his country and mountain-like home at Monticello but also to his family, the white half that he loved so publicly, as well as to the black side that he claimed to love, a contradiction of extraordinary historical magnitude.

A Revolution in Color

By the 1760's, Boston-born painter John Singleton Copley had become colonial America's premier painter. His brush captured the faces of his neighbors; men like Paul Revere, John Hancock, and Samuel Adams, who would become the revolutionary heroes of a new United States.

The artist, however, did not share his subjects' politics. Copley's nation was Britain; his capital, London. When rebellion sundered Britain's empire, both kin and calling determined the painter's allegiances. He sought the largest canvas for his talents and the safest home for his family. So, by the time the United States declared its independence, Copley and his kin were in London. He painted America's revolution from a far shore, as Britain's American War. Today, in museums across America, Copley's brilliant portraits evoke patriotic fervor and rebellious optimism.

Benjamin Franklin keenly observed, any assembly of men bring with them "all their prejudices, their passions, their errors of opinion, their local interests and their selfish views."

The stories of the Philadelphia Constitutional Convention prove Franklin's point with the rebellion of debtor farmers in Massachusetts; George Washington's uncertainty about whether to attend; Gunning Bedford's threat to turn to a European prince if the small states were denied equal representation in the Senate; slave staters' threats to take their marbles and go home if denied representation for their slaves; Hamilton's quasi-monarchist speech to the convention; and Patrick Henry's herculean efforts to defeat the Constitution in Virginia through demagoguery and conspiracy theories. The Framers' clashing interests shaped the Constitution and American history itself.

Historians have long considered the Battle of Monmouth one of the most complicated engagements of the American Revolution.

Fought on Sunday, June 28, 1778, Monmouth was critical to the success of the Revolution and it marked a decisive turning point in the military career of George Washington. Without the victory at Monmouth Courthouse, Washington's critics might well have marshaled the political strength to replace him as the American commander-in-chief.

This definitive view of the fateful battle is replete with poignant anecdotes, folkloric incidents, stories of heroism and combat brutality, behind-the-scenes action and intrigue, and characters from all walks of life.

This new comprehensive narrative of the American Revolution delivers the stories of major battles, generals, and common soldiers with insight and power.

With discord smoldering in the fragile new nation through the 1780s, nationalist leaders such as James Madison and Alexander Hamilton sought to restrain unruly state democracies and consolidate power in a Federal Constitution. Assuming the mantle of "We the People," the advocates of national power ratified the new frame of government but their opponents prevailed in the presidency of Thomas Jefferson, whose vision of a western "empire of liberty" aligned with the long-standing, expansive ambitions of frontier settlers. White settlement and black slavery spread west, setting the stage for a civil war that nearly destroyed the union created by the founders.

About the George Washington Book Prize

Past Winners of the George Washington Book Prize