This entry was archived in 2020 and is no longer updated. To see the updated entry on Ona Judge click the button below. 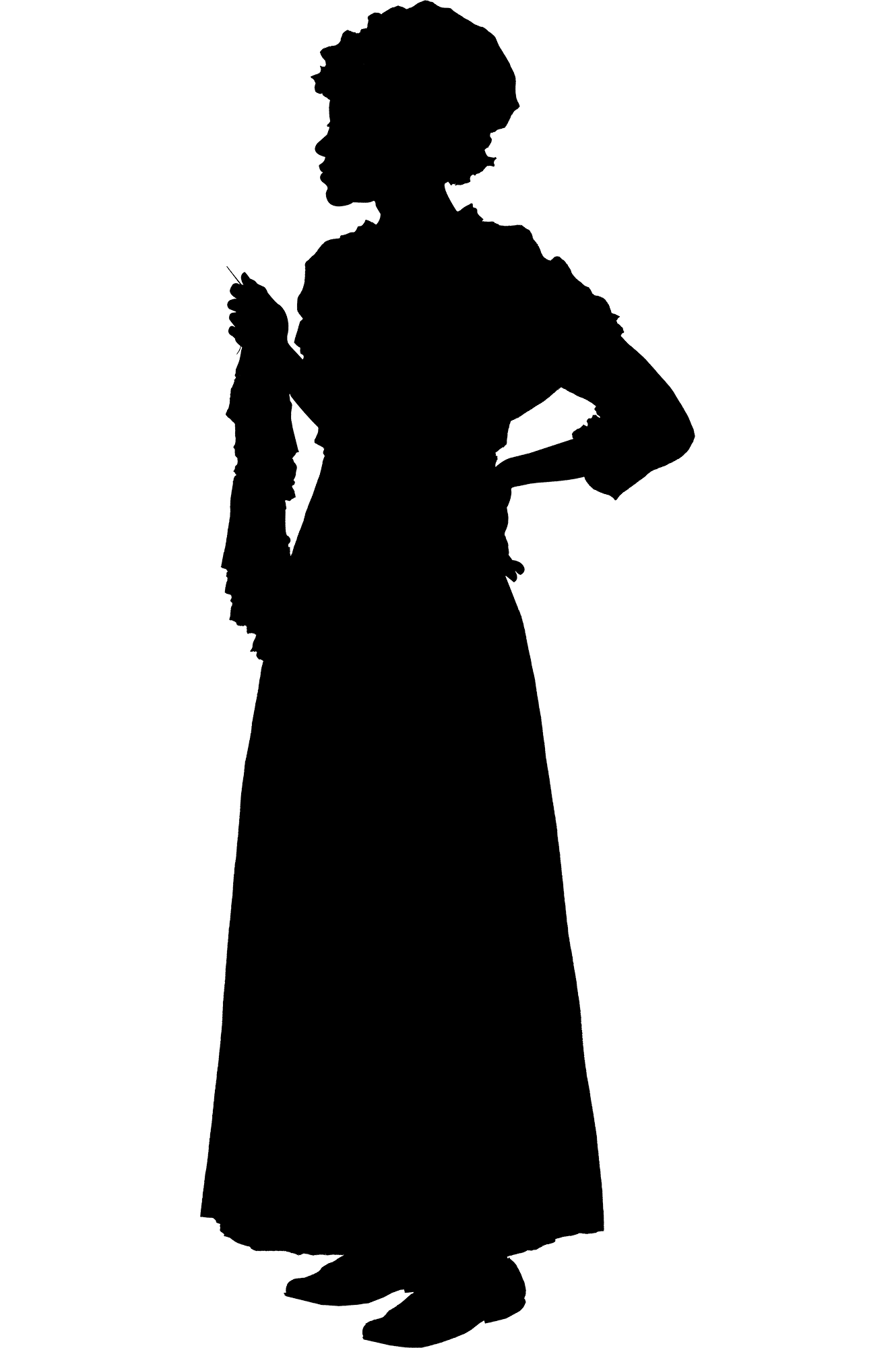 Ona "Oney" Judge Staines served as personal servant to Martha Washington until she escaped from the President's Mansion in Philadelphia and relocated to Portsmouth, New Hampshire in 1796. Much is known of Judge's life in comparison to Washington's other slaves, as a result of newspaper interviews she gave in 1845 and 1847, as well as George Washington’s frustrated attempts to recover her after she ran away.

Born at Mount Vernon around 1773, Judge was the daughter of dower slave Betty and European-American tailor Andrew Judge. Like her mother, Judge was a skilled seamstress and by her own account was never taught to read or write while living at Mount Vernon, nor was she exposed to any religion.1 At age ten, Judge was incorporated into Mount Vernon's labor force, working in the Mansion. Always a personal favorite of Martha Washington's, Judge was one of the handful of slaves brought by George and Martha Washington to New York in 1789 and then to Philadelphia in 1790 at the start of the presidency. However, she was never kept in Pennsylvania for more than six months at a time to avoid establishing a legal residency that under Pennsylvania law (The Gradual Abolition of Slavery Act of 1780) would free her from enslavement.2

Judge's escape from the President's Mansion in Philadelphia was most likely inspired and facilitated by her exposure to free blacks in a city with fervent abolitionist spirit. On May 21, 1796, while the household was preparing to retreat to Mount Vernon for the summer, Judge prepared her escape; she simply walked out of the house while the family was eating dinner.3 Her motivation was clear: complete freedom from slavery.4 Judge had learned that she would be given to Elizabeth Parke Custis upon Martha Washington's death. The promise of continued enslavement after the Washingtons' deaths cemented Judge's decision to risk her relatively comfortable position with the family and board a ship to Portsmouth, New Hampshire. 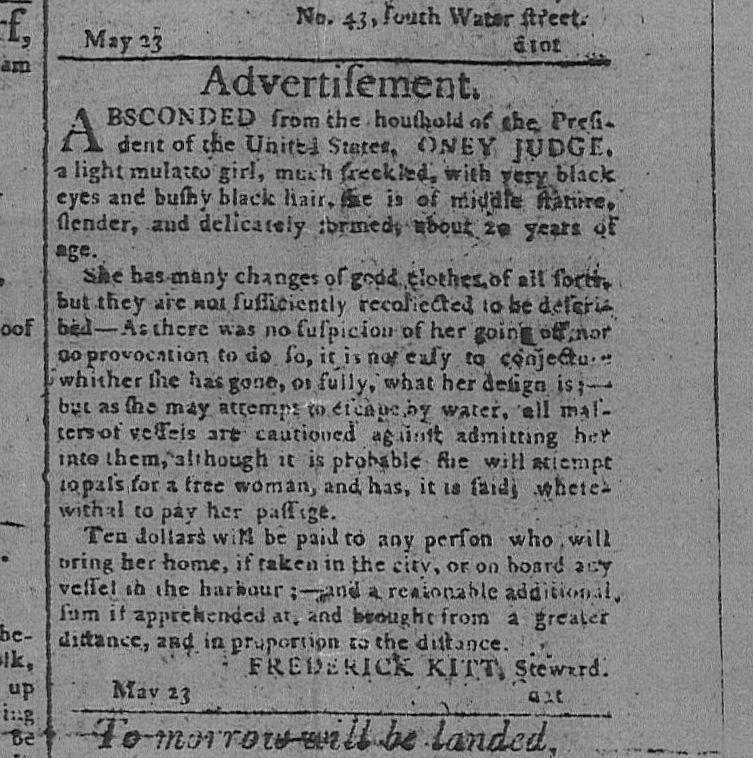 In her first newspaper interview, printed in The Granite Freeman of Concord, New Hampshire on May 22, 1845, Judge was asked if she regretted her escape. She replied, "No, I am free, and have, I trust been made a child of God by the means."5 On two separate occasions, Judge was confronted by George Washington’s aides to return to Mount Vernon free of punishment. She refused, as she was still not guaranteed freedom after the deaths of George and Martha Washington. George Washington was offended by Judge's willingness to bargain with his aides and concluded that her disloyalty and ingratitude in running away should not ever be condoned by giving in to such demands.6

Judge spent the remainder of her life living in New Hampshire, a fugitive but free, having evaded Washington's attempts at return. She took pride in teaching herself to read and write, which helped to introduce her to Christianity.7 Judge married freed person John Staines, with whom she had three children, two of whom died during her lifetime.8 Ona Judge died at age seventy-five, on February 25, 1848 in Greenland, New Hampshire. Attesting to the absurdities of the legal status of slaves, at the time of her death Ona Judge was still not legally a free person; she is not mentioned in Washington's 1799 will, and she and her children, though they were born in New Hampshire, remained property of the Custis estate.9

The full articles and interviews given by Ona Judge can be found in Never Caught: The Washingtons' Relentless Pursuit of Their Runaway Slave, Ona Judge by Erica Armstrong Dunbar.

3. Adams, "Washington's Runaway Slave and How Portsmouth Freed Her."

5. Adams, "Washington’s Runaway Slave and How Portsmouth Freed Her."

6. Steven Salisbury, "A slave's defiance: The story of rebellious Oney Judge is finally being told, along with those of other slaves who lived with George and Martha Washington in Philadelphia," Philadelphia Inquirer, 1 July 2008.