Mount Vernon had the chance to sit down with the Fred W. Smith National Library Founding Director, Douglas Bradburn. In this interview, Doug discusses his background, his vision for the library, and what he likes to do with his limited free time. 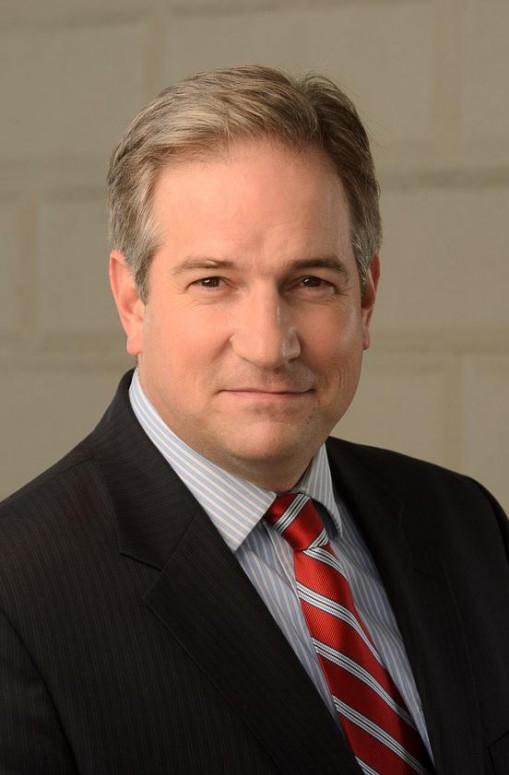 Q. Prior to coming to the Library, what roles and positions did you hold?

Q. What historical topics or subjects have you been most focused on academically?

I’m a specialist in the history of the American Revolution and the Founding of the United States, and have published numerous articles and book chapters on topics related to the great problems of the Revolutionary Age. My book, The Citizenship Revolution: Politics and the Creation of the American Union, 1774-1804 (UVA Press 2009), represents a thorough reconsideration of the meaning of the founding of the nation from the perspective of political fights over the meaning of individual rights and states’ rights within a changing federal Union. The contested definition of American citizenship was of great significance to Washington, and remains relevant today. Additionally, I just wrote an essay reconsidering the origins of party politics in the 1790s, which should be coming out this year. I’ve also been engaged in early Virginia history and the development of the British Empire in America, and have been publishing on a continuing project related to the long-term origins of the American Revolution. I like projects that attempt to understand how and why people sought to change the status quo—and that leads me to some pretty dramatic periods in early American history.

Q. When you think of George Washington and his world what areas of research do you think are most needed today?

Washington has been the subject of thousands of books and articles and yet he still remains a distant figure to many of us—embalmed by layers of myth. He needs to be better placed in his own times, as a flawed human being, but an extraordinary man in a revolutionary age. When I think specifically about scholarly opportunities regarding Washington’s life, the great study of his early rise needs to be retold in the context of the latest research on the character of the British Empire in America. Additionally, I think more could be done to understand Washington’s life as a politician in both a patron/client political world, as well as his involvement in shaping a modern representative democracy. There are opportunities to analyze his efforts at land development, speculation, and entrepreneurship, issues that have only recently begun to garner serious attention. And his time after the Revolutionary War and before the Presidency is not well understood--it is a period in which he became a figure of world-wide adoration. For that matter, there also has not been a great analysis of the role of Washington in American (or European) collective memory in the nineteenth century, which of course, would need to encompass the great story of the preservation of Mount Vernon itself. I think the story of the enslaved men and women at Mount Vernon is finally getting long-needed scholarly attention although there is much more work to be done, and I think Martha Washington, in all aspects of her life both before and with Washington, needs fresh and serious work.

Q. You must be excited about the opening of the Fred W. Smith National Library

The most exciting thing about coming in at the start is the great enthusiasm and optimism that infects everyone. I have been tremendously impressed by the hard work and vision of the people who have made Mount Vernon such a special place, and I am very lucky to lead such an extremely talented, ambitious, and hard-working group. That said, I am also excited about working in the Library itself. The building is a spectacular masterpiece—and coming to work in such a space is a tremendously stimulating experience. It encourages people to think big. I love it, but I’ve always perhaps been too romantic and sentimental. 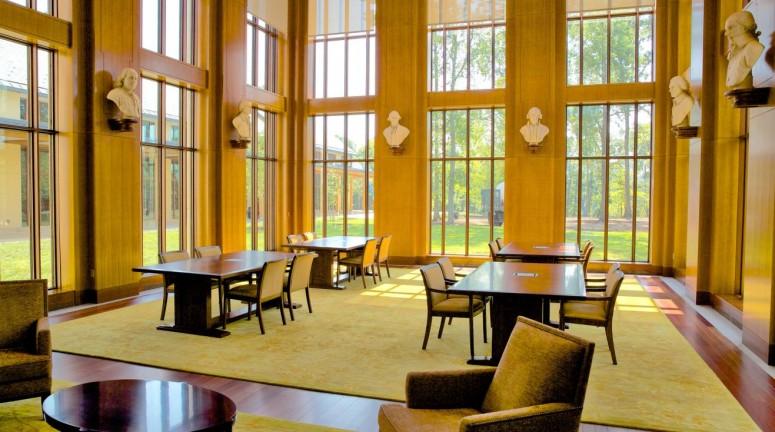 Q. What do you see as the Library’s mission?

The Library should be understood to be more than the books, manuscript collections, and digital archives that we are holding and building. Although it will take some time, we intend to become the leading center for the study of George Washington and the Founding of the United States, so that anyone working seriously to interpret the past will feel like they need to spend at least some time in our Library, as a fellow, a researcher, or a participant in one of our programs.

As part of that mission we need to help stimulate, patronize, and circulate new thoughtful understandings of George Washington and his era. But this will be a place of serious debate, not of hagiography. Finally, we need to continue to be a leader in historic preservation and interpretation, and the Library intends to serve those constituencies as well.

Q. Will the Library just be working with established scholars?

No. For one thing, one of my early goals with the scholarly side of the library is to encourage and promote the next generation of scholars—the ones not quite “established” yet--graduate students, independent writers, and early professors who are still trying to make a name for themselves, and learn their craft. More broadly, the library will host and sponsor a number of public programs that will bring all types to Mount Vernon for a day or a few days to reflect and learn from the challenges that faced Washington’s generation. In that regard, we will continue our work with teachers, and help serve the public by disseminating the latest research in a variety of forms, from traditional publications to e-books, lesson plans, materials for leadership seminars, etc...

Q. What sorts of things do you enjoy doing outside of work?

I am lucky to be the father to two very active boys, who never cease to find mischief for me to get into. I coached their Little League teams this past summer. They’ve always been troopers as my wife Nadene and I enjoy visiting museums and touring historic sites. I very much enjoy golfing and fishing and being out on the water, and would do more of it, if I had the time. But I have to admit I’m a bit of a homebody (I like my football on TV), and my favorite vacations usually mean a lot of sitting around, clowning, talking and wasting time with friends and family.