A close examination of some of Washington’s writings provides many clues as to why Washington joined the Revolutionary War.

While serving in the British Army during the French and Indian War, Washington grew frustrated. He did not understand why Virginians with the same rank were paid less those with royal commissions.

George Washington to Robert Dinwiddie, May 18, 1754

I would rather prefer the great toil of a daily laborer, and dig for a maintenance, provided I were reduced to the necessity, than serve upon such ignoble terms; for I really do not see why the lives of his Majesty’s subjects in Virginia should be of less value, than of those in other parts of his American dominions; especially when it is well known, that we must undergo double their hardship.

I could enumerate a thousand difficulties that we have met with, and must expect to meet with, more than other officers who have almost double our pay; but as I know you reflect on these things, and are sensible of the hardships we must necessarily encounter, it would be needless to enlarge.

Read the Rest of the Letter

George Washington's forays into the Ohio country shaped his career and sparked a global war.

Only a few months later, the army restructured and Washington was demoted. Instead of serving as lieutenant colonel he would become a captain of one of ten Virginia regiments. Furthermore, anyone with a royal commission who held the same rank would outrank him. Despite wanting to remain in the army, Washington decides he must quit.

I think, the disparity between the present offer of a Company, and my former Rank, too great to expect any real satisfaction or enjoyment in a Corps, where I once did, or thought I had a right to, command

In short, every Captain, bearing the King’s Commission; every half-pay Officer, or other, appearing with such commission, would rank before me

My inclinations are strongly bent to arms. 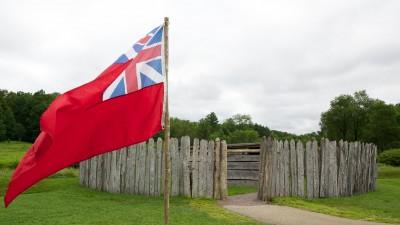 Timeline of the French and Indian War

Washington's career as a soldier began on the Virginia frontier, where, as a young colonial officer, he helped spark a war for empire that would rage around the world.

In March 1755, Washington rejoined the British Army, this time as an unpaid aide-de-camp to General Edward Braddock. However, he was still seen as a second-rate aide and Braddock did not listen to colonists despite their experiences. The result was a disaster.

In short the dastardly behaviour of the Regular Troops exposd all those who were inclin’d to do their duty, to almost certai⟨n⟩ Death; and at length, in despight of every effort to the contrary, broke & run as Sheep before Hounds, leavg the Artillery, Ammunition, Provisions Baggage & in short every thing a prey to the Enemy; and when we endeavourd to rally them in hopes of regaining the ground and what we had left upon it it was with as little success as if we had attempted to have stopd the wild Bears of the Mountains. or rivulets with our feet, for they wd break by in spite of every effort that could be made to prevent it. 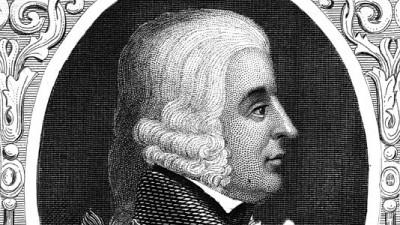 General Edward Braddock commanded British forces in the unsuccessful 1755 campaign to expel the French from the Ohio Valley near Pittsburgh, Pennsylvania.

Commander-in-Chief of All Virginia Forces

After his service with Braddock, Washington was appointed commander-in-chief of all Virginia forces. However, the promotion did little to ease his frustrations with the British Army. Washington did not understand why his service in battle was considered less valuable than a British officer who had trained at St. James’s and never seen battle.

We cant conceive, that being Americans shoud deprive us of the benefits of British Subjects; nor lessen our claim to preferment: and we are very certain, that no Body of regular Troops ever before Servd 3 Bloody Campaigns without attracting Royal Notice.

As to those Idle Arguments which are often times us’d—namely, You are Defending your own properties; I look upon to be whimsical & absurd; We are Defending the Kings Dominions, and althô the Inhabitants of Gt Britain are removd from (this) Danger, they are yet, equally with Us, concernd and Interested in the Fate of the Country, and there can be no Sufficient reason given why we, who spend our blood and Treasure in Defence of the Country are not entitled to equal prefermt.

Some boast of long Service as a claim to Promotion—meaning I suppose, the length of time they have pocketed a Commission—I apprehend it is the service done, not the Service engag’d in, that merits reward; and that their is, as equitable a right to expect something for three years hard & bloody Service, as for 10 spent at St James’s &ca where real Service, or a field of Battle never was seen 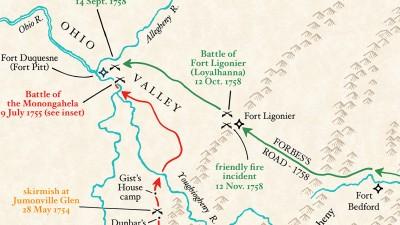 After years of frustration, Washington resigned from the British Army for good. Continuing to serve with his men was clearly his preference, but he could no longer do so.

George Washington to the Officers of the Virginia Regiment, January 10, 1759

Permit me then to conclude with the following acknowledgments: first, that I always thought it, as it really was, the greatest honor of my life to command Gentlemen, who made me happy in their company & easy by their conduct: secondly, that had every thing contributed as fully as your obliging endeavours did to render me satisfied, I never should have been otherwise, or have had cause to know the pangs I have felt at parting with a Regiment, that has shared my toils, and experienced every hardship & danger, which I have encountered. But this brings on reflections that fill me with grief & I must strive to forget them; in thanking you, Gentlemen, with uncommon sincerity & true affection for the honor you have done me—for if I have acquired any reputation, it is from you I derive it. 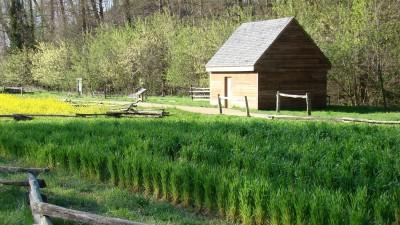 Just days after his resignation, Washington married Martha Dandridge Custis. With the war behind him, Washington enthusiastically turned his attention to his new family and life as a farmer at Mount Vernon.

Washington grew upset with Robert Cary & Co, the London-based merchant house he used. He did not understand why he was paid less than others for higher quality tobacco. Washington also felt he was paying very high prices for poor quality goods.

Tobacco I well perceive for a year or two past, had fallen in its value—from what causes I shall not take upon me to determine—and I am not so extravagent as to believe that my own and Master Custis’s Crops shoud fetch their usual prices when other good Tobacco met with abatements; but I am really selfish enough to expect that we ought to come in for a part of the good prices that are going, from a belief that our Tobacco is of a quality not so much inferior to some that still sells well, and that so considerable a Consignment—when confined in a manner to one House, as ours is—woud lay claim to the best endeavours of the Merchant in the Sales, and in the return of Goods, for many Articles of which I pay exceeding heavily.

the selling of our Tobacco’s well, & purchasing of Our Goods upon the best Terms, are matters of the utmost consequence to our well doing, it behooves me to be plain and sincere in my declaration’s on these points—previous to any change of measures—that I may stand acquitted of the Imputation of fickleness if I am at last forced to a discontinuance of my corrispondance with your House. 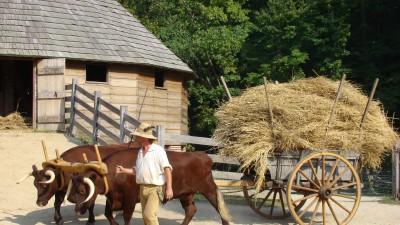 A Switch to Wheat

Frustrated with the tobacco market in the 1760s Washington switched to wheat. He could sell it in the colonies and would not need to rely on a British merchant.

Washington knew British control extend too far within the government as well. As the British Parliament continued to tax the colonies his anger grew.

At a time when our lordly Masters in Great Britain will be satisfied with nothing less than the deprivation of American freedom, it seems highly necessary that something shou’d be done to avert the stroke and maintain the liberty which we have derived from our Ancestors; but the manner of doing it to answer the purpose effectually is the point in question.

That no man shou’d scruple, or hesitate a moment to use a—ms in defence of so valuable a blessing, on which all the good and evil of life depends; is clearly my opinion; Yet A—ms I wou’d beg leave to add, should be the last resource; the de[r]nier resort. Addresses to the Throne, and remonstrances to parliament, we have already, it is said, proved the inefficacy of; how far then their attention to our rights & priviledges is to be awakened or alarmed by starving their Trade & manufactures, remains to be tryed. 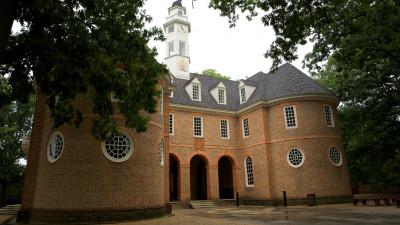 The first time George Washington ran for public office, he lost. However, he won his second race and served in the Virginia House of Burgesses from 1758 until 1776.

Frustration continued to build among Washington and his contemporaries. After many attempted resolutions, they became unsure of what actions to take next.

Did they deign to look at our petitions? Does it not appear, as clear as the sun in its meridian brightness, that there is a regular, systematic plan formed to fix the right and practice of taxation upon us? Does not the uniform conduct of Parliament for some years past confirm this? Do not all the debates, especially those just brought to us, in the House of Commons on the side of government, expressly declare that America must be taxed in aid of the British funds, and that she has no longer resources within herself? Is there any thing to be expected from petitioning after this?

As to the withholding of our remittances, that is another point, in which I own I have my doubts on several accounts, but principally on that of justice; for I think, whilst we are accusing others of injustice, we should be just ourselves; and how this can be, whilst we owe a considerable debt, and refuse payment of it to Great Britain, is to me inconceivable. Nothing but the last extremity, I think, can justify it. Whether this is now come, is the question. 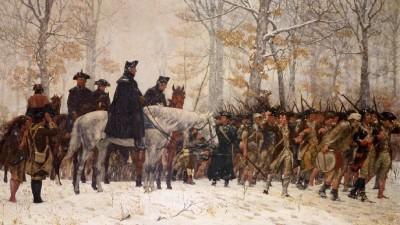 In June 1775, Congress ordered General George Washington to take command of the Continental Army besieging the British in Boston. Despite having little practical experience in managing large, conventional armies, Washington proved to be capable.

Years of anger towards the British military and government finally resulted in war. While clearly unhappy about fighting his “brother,” Washington felt he could not hesitate to join the Continental Army.

Unhappy it is though to reflect, that a Brother’s Sword has been sheathed in a Brother’s breast, and that, the once happy and peaceful plains of America are either to be drenched with Blood, or Inhabited by Slaves. Sad alternative! But can a virtuous Man hesitate in his choice?

Read the rest of the letters

General Washington did not fight in the over 230 skirmishes and battles during the American Revolution. However, in those he did fight in he fought from the front, securing his legacy as “First in War.”

For a deeper explanation of this topic see The Founders at Home: The Building of America, 1735-1817 by Myron Magnet. He explores each of the letters and contextualizes them within Washington’s life.