As George Washington approached Trenton, New Jersey on his inaugural tour, he could not have imagined what its citizens had prepared to honor the former war hero.

After taking the lead on an offered mount, George Washington beheld the bridge over Assunpink Creek. An arch of greenery at least 12 feet wide and 20 feet high covered the entrance, adorned with painted phrases such as, ''The Defender of the Mothers will also Defend the Daughters.'' A large artificial sunflower topped off the arch. 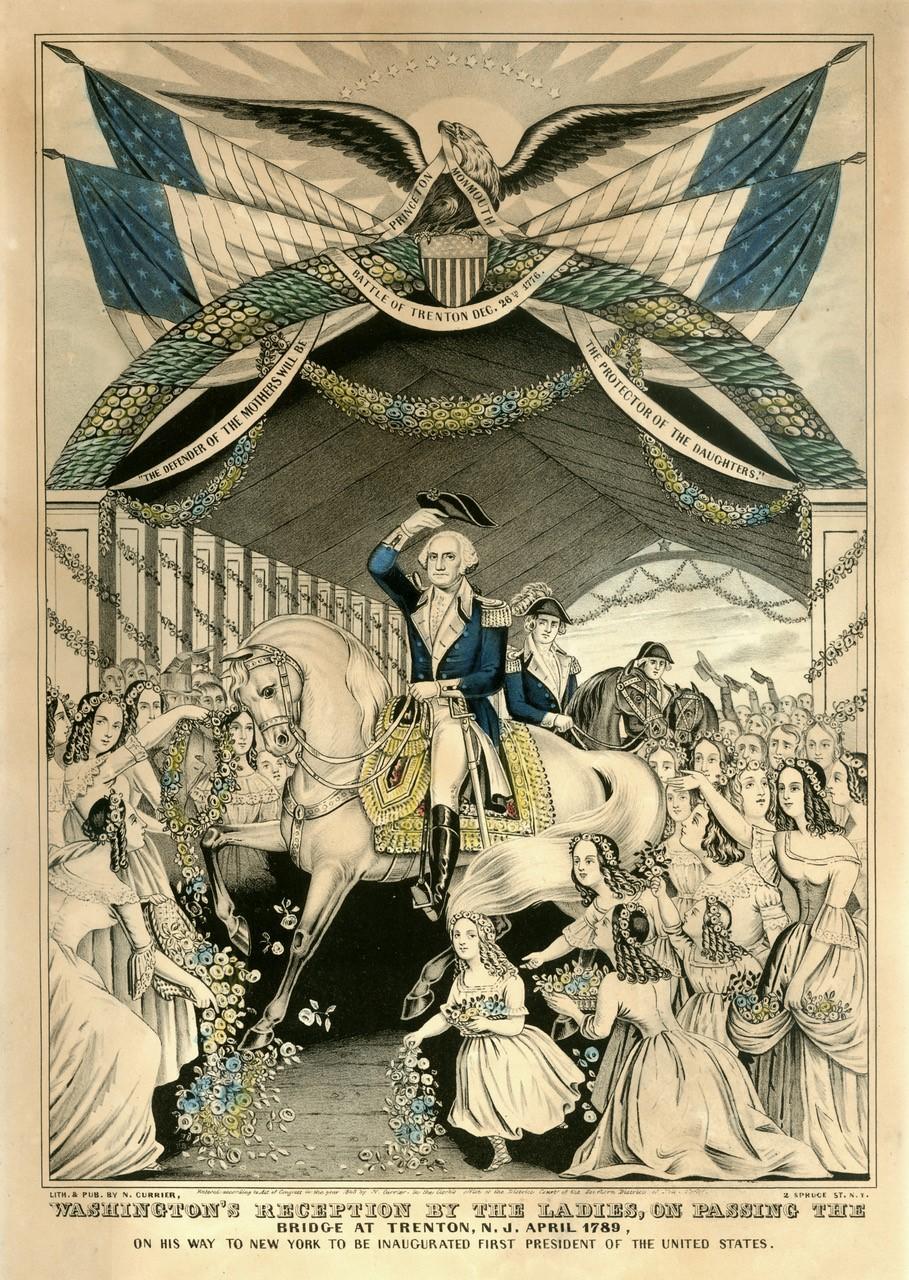 As he started across the bridge, Washington spotted a group of young girls and matrons attired in white who had a sonata for the General:

"Welcome, mighty Chief! once more
Welcome to this grateful shore!

Virgins fair, and Matrons grave,
Those thy conquering arms did save,

Strew, ye fair, his way with Flowers,
Strew your Hero's way with flowers."

As the last lines were sung, girls with baskets of flowers stepped out and scattered blossoms over Washington's path. The moment prompted a correspondent to record that " ... the mingled sentiments which crouded [sic] into the minds in the moments of solemn stillness during the song, bathed many cheeks with tears."

It is interesting to note that Mrs. James Chesnut (Mary Coxe Chesnut), the Mount Vernon Ladies' Association's first Vice Regent for South Carolina, was one of the young ladies at this Trenton celebration. Mrs. Chesnut was the only Vice Regent to have actually seen George Washington in person.

With the Continental Army threatening to dissolve around him, General George Washington led the remnants of his army across the icy Delaware River on Christmas night 1776 and routed a Hessian garrison at Trenton. The subsequent victories at the Battles of Second Trenton and Princeton secured Washington's place as one of the greatest generals in world history.

The Election of President Washington