A military salute is fired by artillery at nearby Fort George. 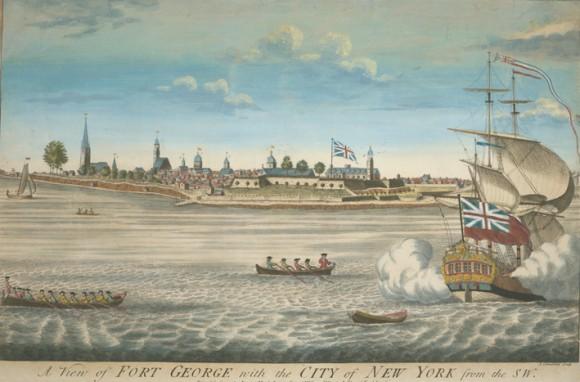 Throughout New York City, church bells ring for half an hour.

Among the hundreds of citizens anxiously awaiting the ceremony at Federal Hall were both houses of Congress, American officials and New York state notables, and diplomats from France and Spain.

The oath would be administered by the Chancellor of the state of New York, Robert Livingston on the gallery balcony outside the Senate Chamber so “that the greatest number of the people of the United States, and without distinction, may be witnesses to the solemnity”. 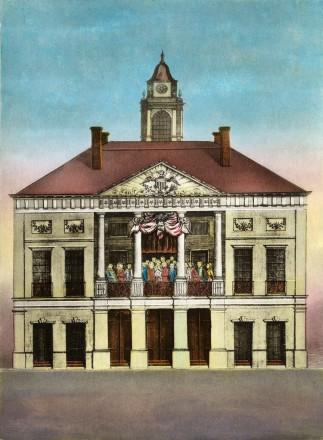 A military escort arrives at Franklin House to conduct the president-elect to Federal Hall.

The full ceremonial procession includes Grand Marshall Colonel Morgan Lewis and a military contingent of 500 men, including a troop of horse, artillery, two companies of Grenadiers, a company of light infantry, and a company of Scottish Highlanders in traditional garb.

Washington himself traveled in a state coach with his two aides, escorted by the Senate Committee, Committee of the House, Chancellor Robert Livingston, the French and Spanish ministers, and a multitude of ordinary citizens.

Arriving at the Senate Chamber

The procession arrives at Federal Hall thirty minutes later. The military units are drawn up on two sides to provide avenue for the president-elect and his party. Washington proceeds to the Senate chamber where the two houses of Congress awaited their new head of state and is formally welcomed by John Adams, his vice president. 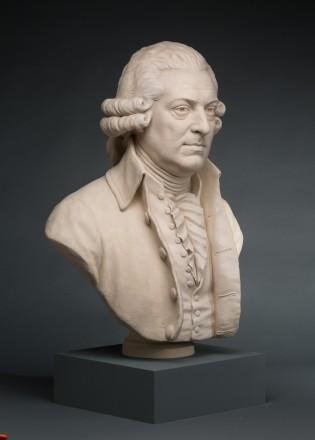 Finally, Adams informed the president-elect that both houses were ready to attend him to take the oath of office. Washington was escorted to the outer balcony in front of the Senate chamber, overlooking Broad Street. The balcony was bedecked with a canopy and curtains of red and white.

Robert Livingston, Chancellor of New York, administered the oath. Samuel Otis, Secretary of the Senate, held the ceremonial Bible, which was a Masonic Bible acquired at the last minute from St. John's Lodge.

Washington took the oath with his hand on the Bible, and kissed the Bible after taking the oath. From the portico overlooking Wall and Broad Streets, Livingston turned to the teeming streets below and shouted, "Long live George Washington, President of the United States!"

The new president bowed to the crowd, and then retired to the Senate chamber where he would deliver his inaugural address. 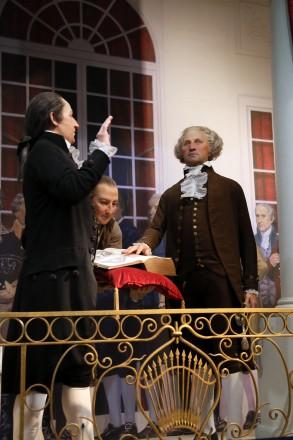 After taking the oath of office on the portico before a cheering crowd, George Washington proceeded into the Senate chamber to deliver his First Inaugural Address. According to assembled members of Congress, President Washington was visibly nervous, spoke in a surprisingly quiet voice, and maintained a serious, modest demeanor.

The First Inaugural Address contains elements that remained consistent throughout his writings as President. Washington expressed a self-effacing caveat regarding his "own deficiencies," a humble indication of his submission to the call of public duty when "summoned by my Country," and a rationalistic determination that "the foundations of our national policy" must "be laid in the pure and immutable principles of private morality" by its elected officials, given the "indissoluble union between virtue and happiness." 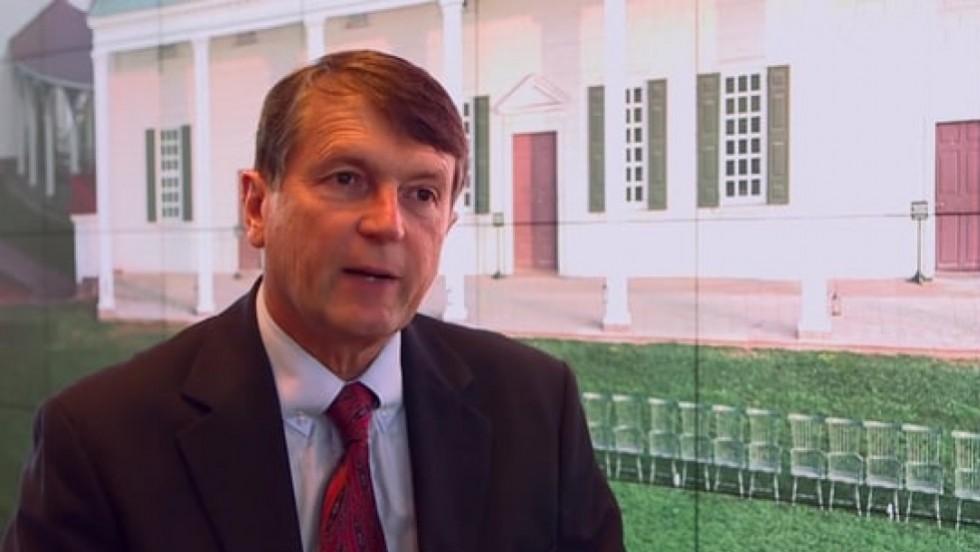 In mid-afternoon, the inaugural party proceeds to St. Paul's Chapel in New York. The Episcopal Bishop of New York leads the celebration of Divine Service.

Te Deum, an early Christian hymn of praise, is sung by the attendees. The hymn's opening Latin words, Te Deum laudamus, can be translated as "Thee, O God, we praise". 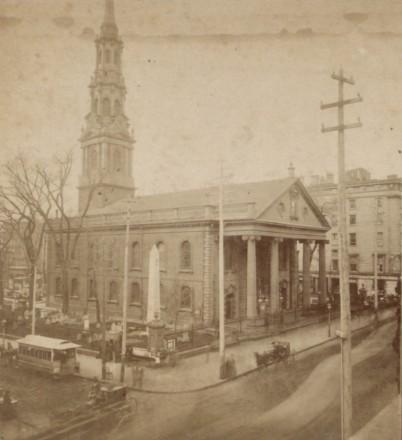 Dinner Alone at the Presidential Mansion

After the church service, President Washington, in a carriage, was “escorted to his residence,” at Franklin House where he dined alone. 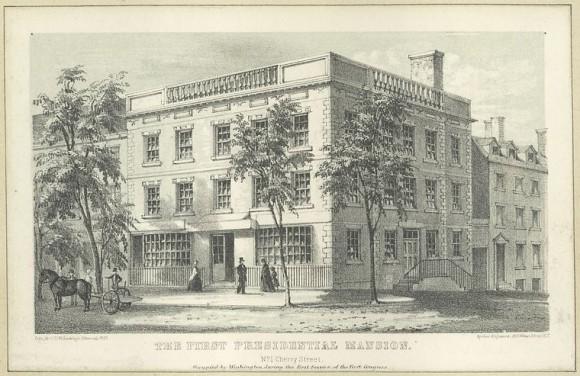 The skies in New York City were filled with fireworks that evening. Boston merchant John May reported that the fireworks “on the bowling green” were “well executed” and “greeted with tumultuous applause,” but he was particularly taken with the illuminations, which he described as "the best likeness I have yet seen of him, so much like him that one could hardly distinguish it from life--excepting for the situation, over a beer-house, a place he never frequents".

President Washington, with his aides David Humphreys and Tobias Lear, watched the show from the homes of Chancellor Livingston and General Henry Knox. 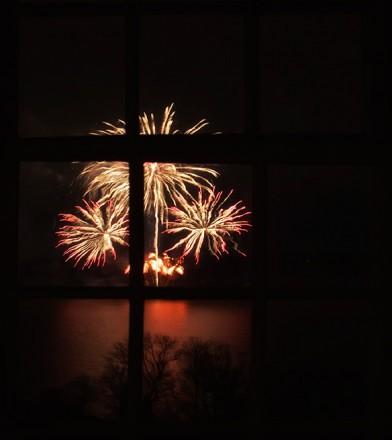 A tired Washington wants to go home. He gets into his carriage and, along with his entourage, departs the proceedings to retire to his residence at Franklin House-- but they don't make it very far.

“Go Back to Where It All Started” 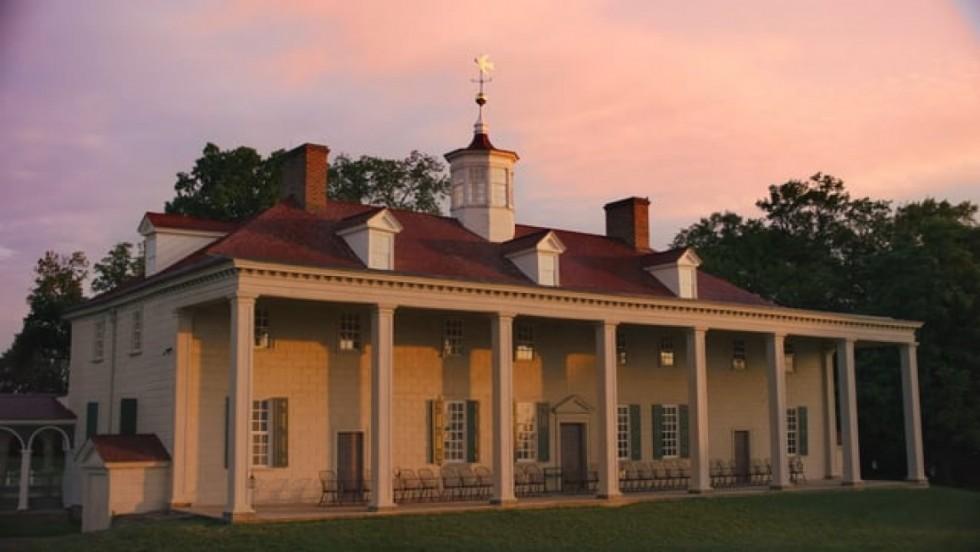