Congress passed the Judiciary Act of 1789, which formally established the federal judiciary. As the first president, and since there were no sitting justices at the beginning of his term, George Washington had the unique opportunity to fill the entire body of United States federal judges with his selections-- including the Supreme Court.

The first group of Washington's appointments—two justices of the Supreme Court of the United States and ten district court judges—began service two days after Congress passed the Judiciary Act of 1789, which formally established the federal judiciary. Washington's last court appointee received his commission twelve days before the end of Washington's presidency. 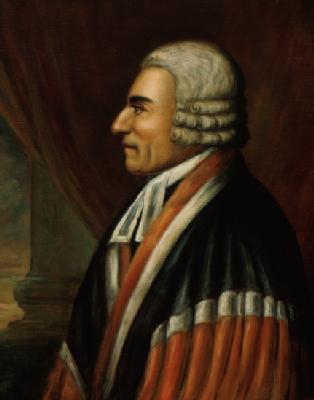 As the first President, Washington was responsible for appointing the entire Supreme Court; he appointed a record ten justices, including two Chief Justices who were confirmed from outside the Court and one former Justice named as Chief Justice by a recess appointment, but not ultimately confirmed to the position. Additionally, Washington nominated Robert H. Harrison, who declined to serve, and nominated William Cushing for elevation to Chief Justice, who likewise declined.

Washington appointed only 28 judges to the United States district courts, due to the smaller size of the judiciary at the time; there were far fewer states, most states had a single district court, and each district had a single judge assigned to it. Because intermediate federal appellate courts had not yet been established, this, combined with the Supreme Court appointments, constituted the total number of federal judicial appointments made by Washington. Richard Peters, Jr. served for over 36 years, the longest of Washington's appointments.

The first meeting of the Court was scheduled to take place in New York City on Monday, February 1, 1790, but the lack of a quorum (only three of the six Justices were present) delayed the official opening until the following day, Tuesday, February 2, 1790.

As stipulated by the Judiciary Act of 1789, there was one Chief Justice, John Jay, and five Associate Justices: James Wilson, William Cushing, John Blair, John Rutledge and James Iredell. Only Jay, Wilson, Cushing, and Blair were present at the Court's first sitting.

The Supreme Court justices, in addition to their high-court responsibilities, were required to perform “circuit riding” duties. The Unites States circuit courts met twice a year at the district courts, creating numerous sessions a year in several different states. Each justice was assigned to one of three geographical circuits and traveled to the designated meeting places within the districts of that circuit. This meant that each early Supreme Court justice spent many months on the road and logged thousands of travel miles by horseback and carriage.

Learn more about President George Washington and his administration