General George Washington must have heaved a sigh of relief upon the ratification of the Constitution by Virginia on June 25, 1788. His home state's decision to accept the results of the Philadelphia Convention enabled Washington to place one more struggle behind him. His thoughts turned away from battlefields and assembly halls to a much more modest arena--his Mount Vernon estate--and the opportunity of "living and dying a private citizen on my own farm."

Yet Washington's dreams of a tranquil retirement were at odds with the plans of both his peers at the Convention and the American people at large. Even before the Constitution was ratified by the mandatory ninth state, New Hampshire, rumors spread declaring George Washington would be elected first President of the United States. 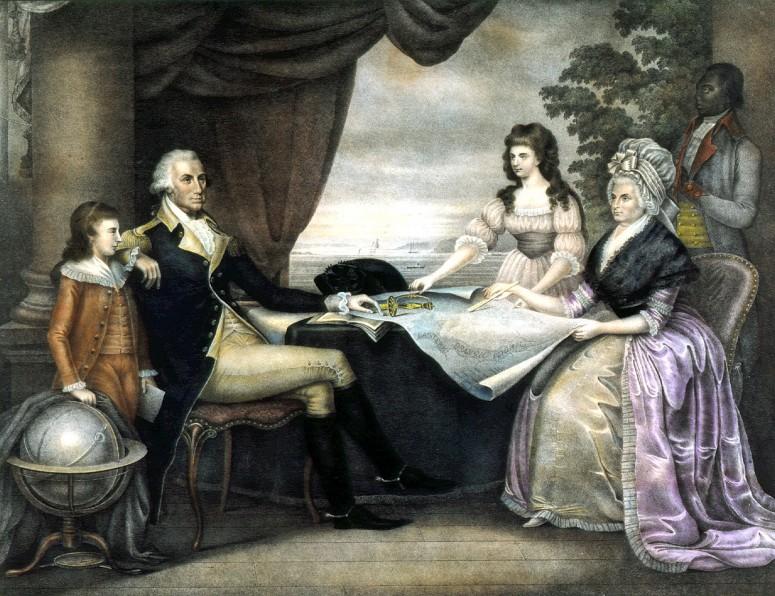 At this time, Washington could diffuse the issue. When his dear friend the Marquis de Lafayette wrote on January 1, 1788, beseeching him "not to deny your acceptance of the office of President for the first years," Washington replied: "Let those follow the pursuits of ambition and fame, who have a keener relish for them, or who may have more years, in store, for the enjoyment."

But Washington was not allowed to distance himself from an eventual decision. With each state's decision to ratify the constitution, the subject of election of the first president vaulted to the forefront. Not only did a variety of friends, such as the Count de Rochambeau, General John Armstrong, and Alexander Hamilton urge his acceptance of the premier post, but the American populace decided to make July 4, 1788, as Douglas Southall Freeman states in his biography George Washington:

...a general call for the election of Washington as President. At Wilmington, Delaware, a toast was drunk to "Farmer Washington--may he like a Second Cincinnatus, be called from the plow to rule a great people!" Citizens of Frederick, Maryland, lifted their glasses with the sentiment, "May the Savior of America gratify the ardent wishes of his countrymen by accepting that post which the voice of mankind has assigned him." At York, Pennsylvania, loyal participants in the festive ceremony listened to a "new Federal song" in five stanzas, each of which concluded: "Great Washington shall rule the land while Franklin's counsel aids his hand."

New York's patriotic parade included, according to the Pennsylvania Packet, "a flag with thirteen stripes--under them the figure of General Washington, with these words placed over him, 'the illustrious Washington, may he be the first President of the United States.

Washington's Reasons for Wanting to Decline the Presidency

Although Washington at this time seldom wandered far from home, he received numerous letters informing him of public sentiment. It was becoming increasingly clear that he would have to address the probability of his election.

In the autumn of 1788, Washington wrote to Henry Lee, revealing his basic reasons against accepting the office:

3. "My growing love of retirement"

4. Belief that the Anti-Federalists may oppose his selection

5. After having already retired in 1783, Washington feared he would be looked upon as inconsistent, rash, and ambitious if he returned to office

6. Belief that "some other person...could execute all the duties full as satisfactorily as myself."

On the other hand, Washington could not escape his conscience. His refusal would not be prompted by fears of failure in the presidency or placing his spotless reputation at risk. First and foremost, his decision would be based on "the good of my country."

Meanwhile, the Confederation Congress had set the dates concerning the election. The new Constitution provided for the selection of the President by a vote of state electors. They were to cast their votes on February 4, 1789, seal and deliver them to the Senate, where they would be counted on March 4. The person having the greatest amount of votes was to be elected president, and the second-highest would serve as vice president. As early as February 16, Henry Knox, Secretary of War, updated George Washington on some of the (supposedly secret) election results:

It appears by the returns of elections hitherto obtained which is as far as Maryland southward that your Excellency has every vote for President.

This information, no doubt, prompted Washington to tie up loose ends. By his activities in March and early April, we see that Washington was preparing for the trip to New York City, site of the inauguration and first capital. In March of 1789, Washington traveled to Fredericksburg to make what would be his last visit to his mother. Later that month, he requested of an overseer that he forward tenant rents at the earliest date possible. Despite his reputation as a man of great wealth, Washington was "land-poor" at a most inopportune time. To complete his journey to New York for the inauguration, he needed to borrow 600 pounds at a rate of 6 percent interest from Alexandria merchant Richard Conway.

With the forwarding of detailed plans for management of the Mount Vernon estate to his nephew George Augustine Washington and the ordering of some plain brown cloth and buttons for his inauguration suit, Washington was prepared to accept a movement "to the chair of government."

Even in early April, however, Washington still felt that his election would be accompanied by feelings not unlike those of a culprit who is going to the place of his execution:

...so unwilling am I, in the evening of a life nearly consumed in public cares, to quit a peaceful abode for an Ocean of difficulties.

Although Washington was prepared for the announcement, poor weather delayed the gathering of a quorum in the Senate, therefore postponing the counting of the ballots.

On April 6, 1789, John Langdon, Senator from New Hampshire, was chosen President of the Senate "for the sole purpose of opening and counting the votes for President of the United States." The votes of 69 electors were opened and counted. George Washington received one vote from every elector---the maximum number he could have received--a unanimous decision.

Charles Thomson, Secretary of Congress since 1774, was notified of the results and instructed "to wait upon General Washington, with a certificate of his being elected" President. "Impeded by tempestuous weather, bad roads, and the many large rivers I had to cross, yet by unremitted diligence," Thomson later related, "I reached Mount Vernon... on Tuesday, the 14th about 12 o'clock. I found his excellency at home."

Previously informed by Knox that Thomson would bear the election results to the victor, Washington politely received the Secretary's address, and then replied,

Whatever may have been my private feelings and sentiments, I believe I cannot give a greater evidence of my sensibility for the honor they have done me, than by accepting the appointment.

In a formal letter of acceptance addressed to Senator Langdon, Washington succinctly assented to what he had agonized over for more than a year:

Having concluded to obey the important and flattering call of my Country ....