In 1889, a jubilant nation came together in New York for a gala celebration of the 100th anniversary of George Washington's inauguration. 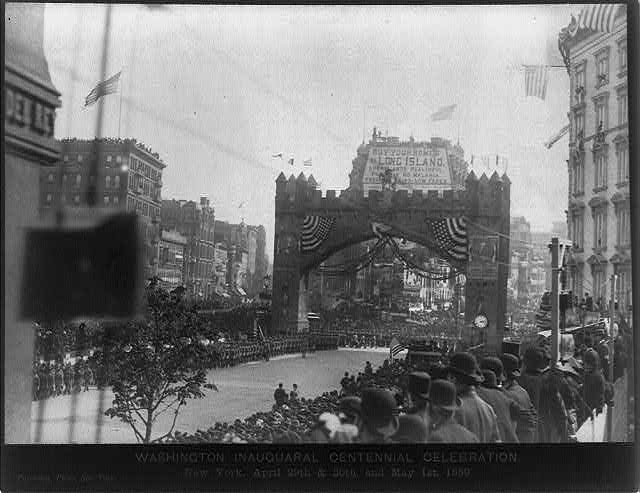 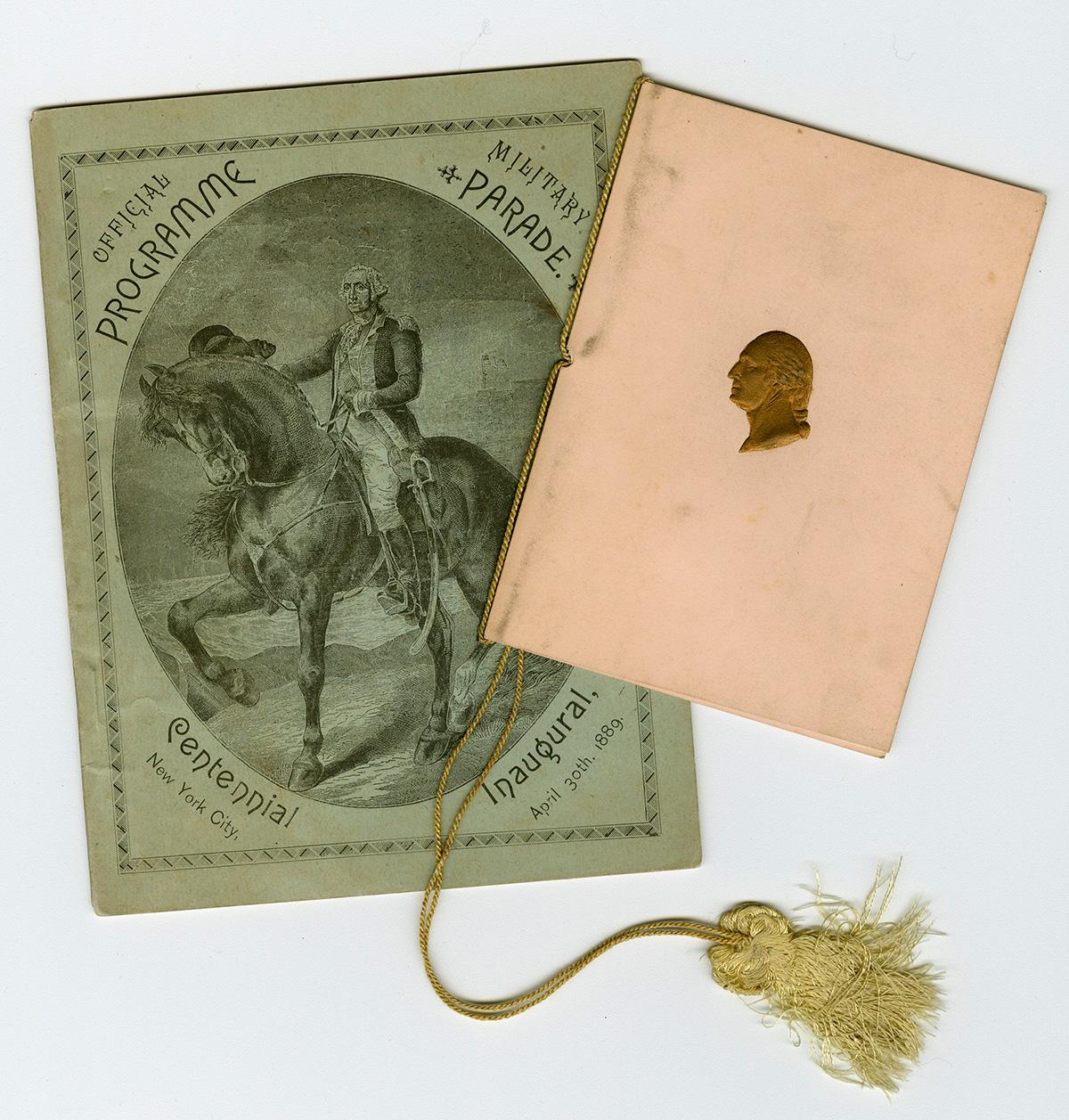 New York City had never seen anything like it. Three days of parades, fireworks, receptions, concerts-- and thousands upon thousand of participants and spectators came together for the celebration of the inauguration of President Washington one hundred years earlier.

Plans to commemorate one of America's proudest moments were begun five years earlier by the New York Historical Society. The comprehensive scope of the specially-appointed Committee on the Centennial Celebration-- with subcommittees covering every aspects from transportation to entertainment to "literary exercises" -- ensured that when the big event finally arrived, no detail would be overlooked.

Compared with the scale of the celebrations being planned by the committee, the festivities that took place in 1789 when Washington took the oath of office at Federal Hall would have seemed quite small in comparison.

The Presidential Guest of Honor 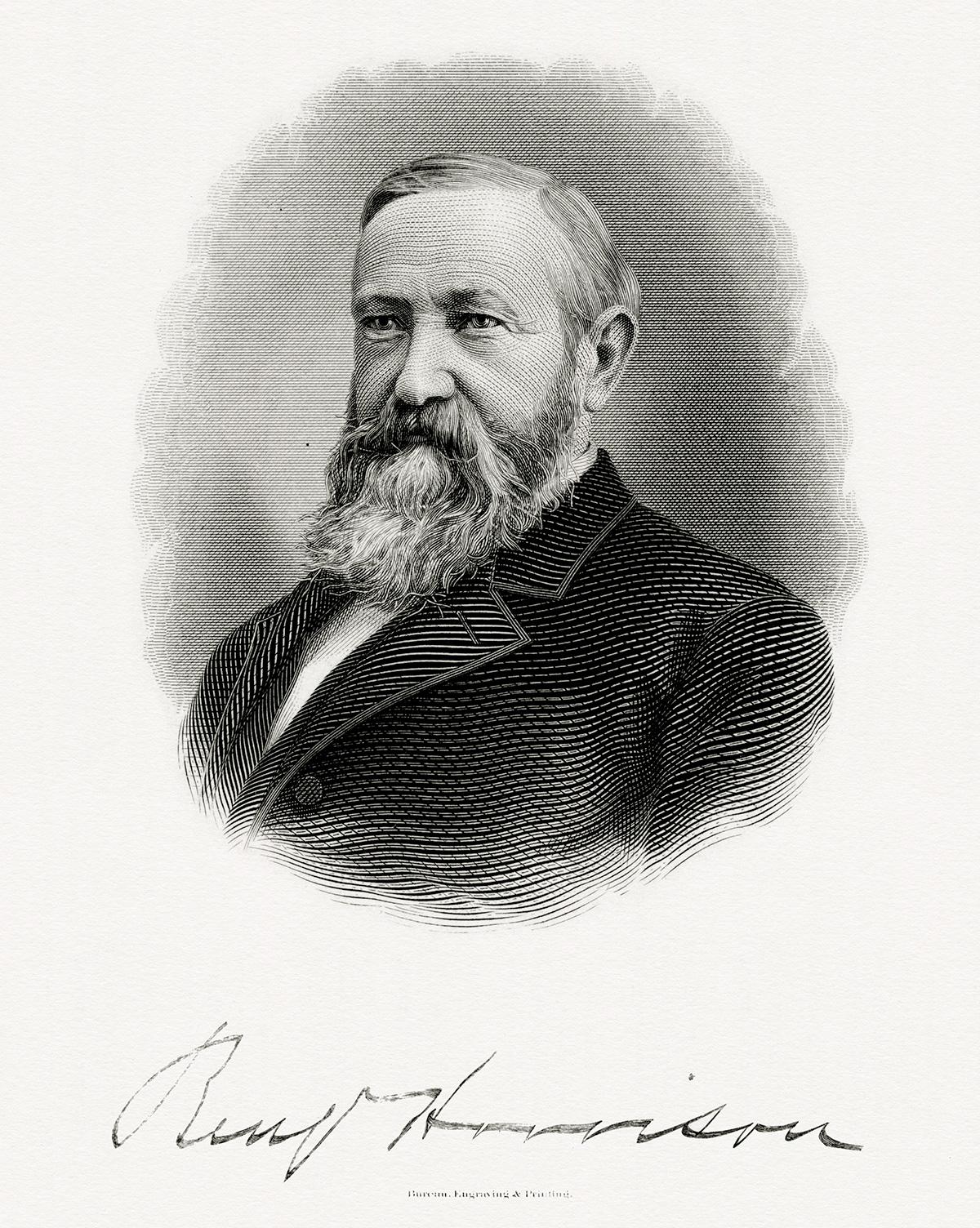 The guest of honor for New York's three-day celebration was the new President of the United States, Benjamin Harrison, who has taken the oath of office less than two months earlier. On the evening of April 28, 1889, President Harrison left Washington D.C. by train, accompanied by Vice President Levi P. Morton and other senior government officials. In a scene reminiscent of George Washington's triumphant journey to New York a century earlier, the presidential party was greeted by throngs of supporters and a 21-gun salute upon their arrival the following morning in Elizabeth, NJ. In the first of many processions to come, the President was escorted to Elizabethport in a cavalcade of 60 horse-drawn carriages, where he boarded a barge to take him to the U.S. Steamer Dispatch.

In 1789, the United States had no navy, so the scene in New York Harbor 100 years later was an impressive tribute to the growing sea power of the nation. The roar of cannons and shrill of steamwhistles filled the harbor as the presidential party aboard the Dispatch made their way through the dozens of yachts, steamboats, and ships-of-war that had gathered in the harbor for the naval and merchant marine parade. 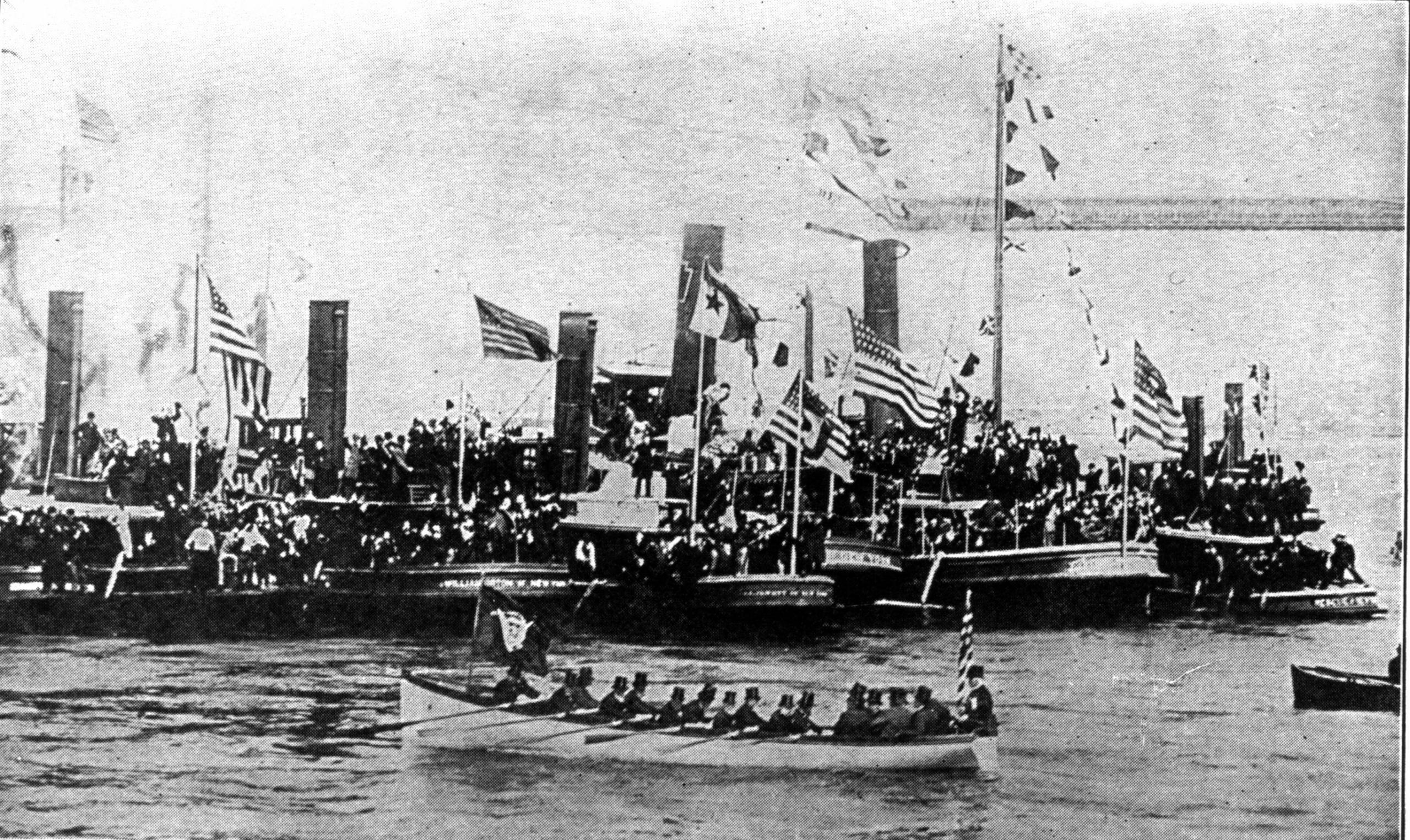 The excitement grew as the Dispatch reached the foot of Wall Street and President Harrison disembarked to the strains of "ee the Conquering Hero Come". Joining the governor of New York and the city's mayor, the President climbed aboard a carriage to take him up Wall Street to a lunch and reception at the Equitable Building.

The procession took him under the red, white, and blue Merchant's Arch and past the bronze statue of George Washington in front of the treasury building, while streamers of telegraph paper floated down from the sky and the pealing of church bells filled the air.

After lunch, at a public reception held at City Hall, the President personally greeted over 5,000 men, women, and children, many of whom had waited for hours to meet the nation's leader. Following a private dinner, President Harrison joined 7,000 other guests at a ball held in his honor at the Metropolitan Opera House.

April 30, 1889, the actual anniversary of Washington's inauguration, dawned bright and clear, and the celebrations began early with a special thanksgiving service at St. Paul's Church.

The President and other guests of honor then proceeded to the Sub-Treasury Building for the "Literary Exercises", which featured the reading of John Freenleaf Whittier's poem, "The Vow of Washington", and an address to the crowd of 10,000 spectators by the President himself.

Read "The Vow of Washington"

No celebration of a president-elect's inauguration can match the grandeur that surrounded Washington's trip to New York in April 1789 and the subsequent inaugural ceremony at Federal Hall.

For sheer magnitude, nothing could have matched the military parade held that afternoon. President Harrison was joined at the grandstand by former presidents Rutherford B. Hayes and Grover Cleveland, and the trio of chief executives watched as 50,000 men marched before them, representing every facet of the military including Army, Navy, state militias led by their governors, and the Grand Army of the Republic.

As the sun set, spectators were treated to a public concert at Madison Square with over 2,000 singers, followed by a spectacular display of fireworks in Central Park, Washington Square, Battery Park, and other locations throughout the metropolis.

That evening, President Harrison attended a reception in honor of the special Centennial Exhibition of Historic Portraits and Relics, then joined 800 invited guests for a formal banquet at the Metropolitan Opera House. After the feast, the traditional 13 toasts were offered, with the President himself leading the final toast, to "the United States of America".

The Civic and Industrial Parade highlighted the final day of the festivities, which gave students, workers' organization, and civic groups the spotlight. Amount the many floats in the processions were replicas of New York's Fraunces Tavern, the site of Washington's farewell to his officers in 1783, and Federal Hall, where he took the oath of office six years later.

As the 1889 Centennial Celebration drew to a close, is is unlikely that many of the participants could have imagined the progress that the country would make over the next century. But it seems that the spirit and enthusiasm involved in commemorating the nation's greatest hero propelled Americans to further achievements in the 20th century and beyond.

Learn more about this object in the Mount Vernon collection.