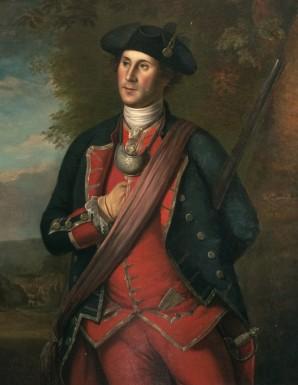 With tensions between the French and British over control of the Ohio Valley rapidly rising, a 21-year-old George Washington was sent on a dangerous diplomatic mission into the French-controlled wilderness beyond the Appalachians. Reaching Fort Le Beouf on December 11, 1753, Washington delivered the British demand that the French vacate the contested Ohio Valley to Jacques Le Gardeur, the French commander. After being politely rebuffed, Washington and his traveling companion, Christopher Gist, began the long journey back through the wilderness to Virginia.

On December 29, 1753, the two reached the Allegheny River which was filled with large chunks of floating ice. Gist and Washington built a raft of logs and then tried to maneuver the rough craft through the ice-clogged waters. Almost halfway across the river, Washington was thrown into the icy waters after their raft struck an ice pack. Nearly hypothermic, Washington pulled himself back on the raft with the aid of Gist.

Struggling against the ice and water, numb and exhausted, the two were unable to successfully reach either shore. They decided to abandon the raft and wade through the freezing water to a nearby island, where they spent a miserable night in the severe weather. By morning, the river was frozen solid, and the two battered survivors walked their way to safety. 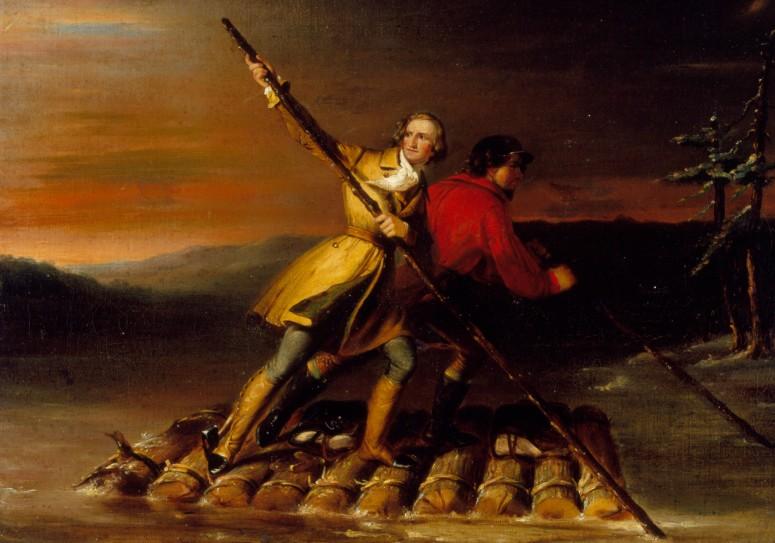 After suffering a series of stinging defeats, Washington's Continental Army had retreated south of the Delaware River at the onset of winter in 1776. Rather than skulk off to winters quarters, Washington decided to attack an isolated garrison of Hessian troops who were stationed on the far side of the river at Trenton, New Jersey. To surprise the Hessians, Washington ordered a night-time crossing on Christmas Day, 1776. The famous crossing was made infinitely worse by the large blocks of ice floating in the river and the terrible nor' easter that pelted his men with snow and sleet. The freezing temperatures and ice-choked river delayed the crossing by several hours, but Washington remained determined to proceed with the attack which led to a complete rout of the Hessian force the following morning at the Battle of Trenton. In assessing the American casualties for this stunning victory, more American men succumbed from the elements than were killed by Hessian bullets. 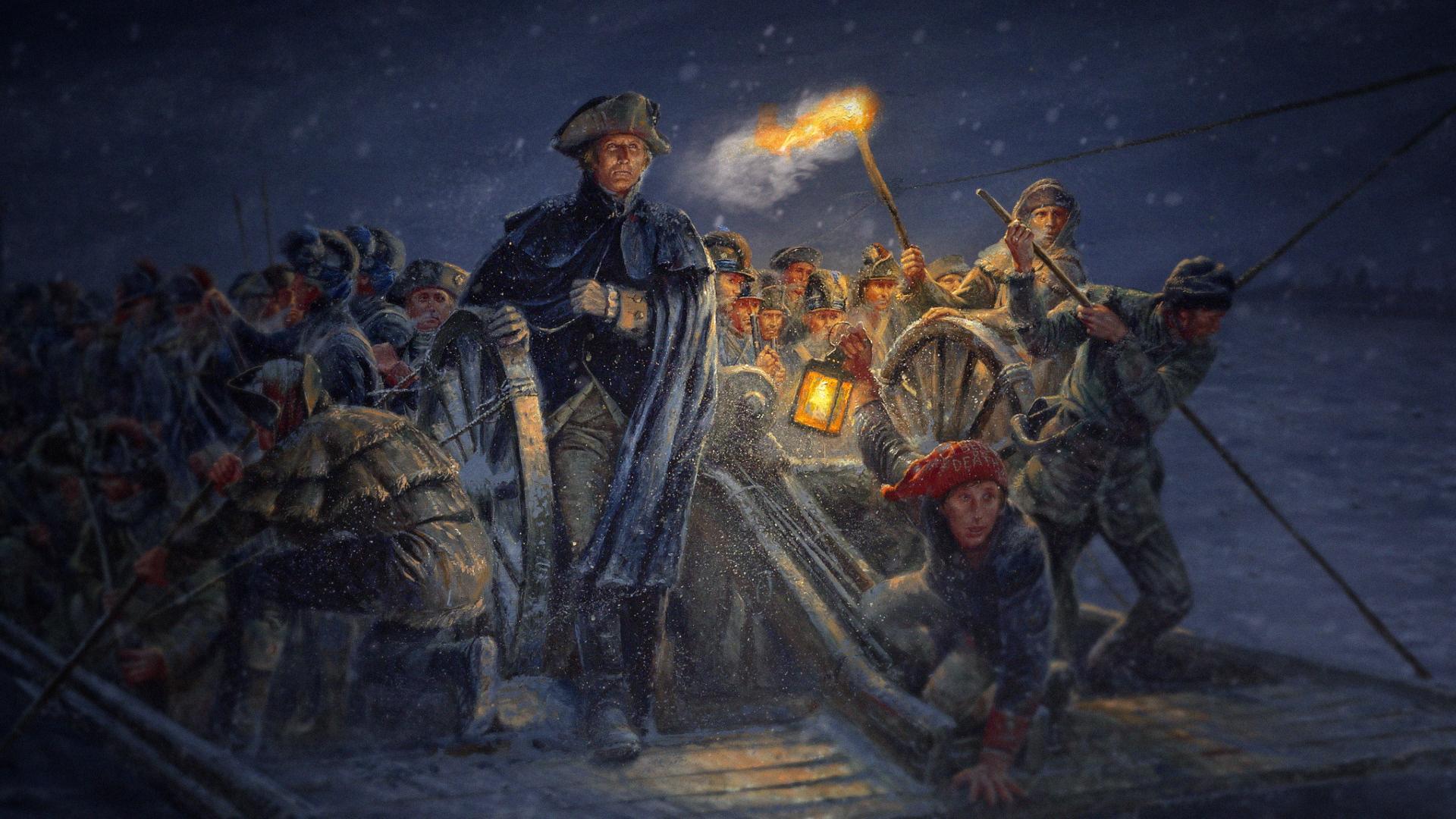 When you think of cold and miserable winters, Valley Forge easily comes to mind. It was here, over the winter of 1777 and 1778, that 11,000 of Washington's Continental Army faced one of its most trying episodes. While rain, snow, and cold temperatures afflicted the army, the situation was made far worse by the lack of shelter, blankets, winter coats, and even shoes. It has been estimated that a third of Washington's army at Valley Forge lacked viable footwear. Washington ordered his soldiers to build wooden huts for themselves and search the countryside for straw to use as bedding. He hoped this would keep them warm since there were not enough blankets for everyone.

Despite the terrible weather and poor condition of his troops, Washington used his time at Valley Forge wisely. Through the services of Baron Von Steuben and others, Washington aggressively drilled his force at the winter encampment.  =By the start of the 1778 campaigning season, the Continental Army was a far better drilled and prepared for combat. 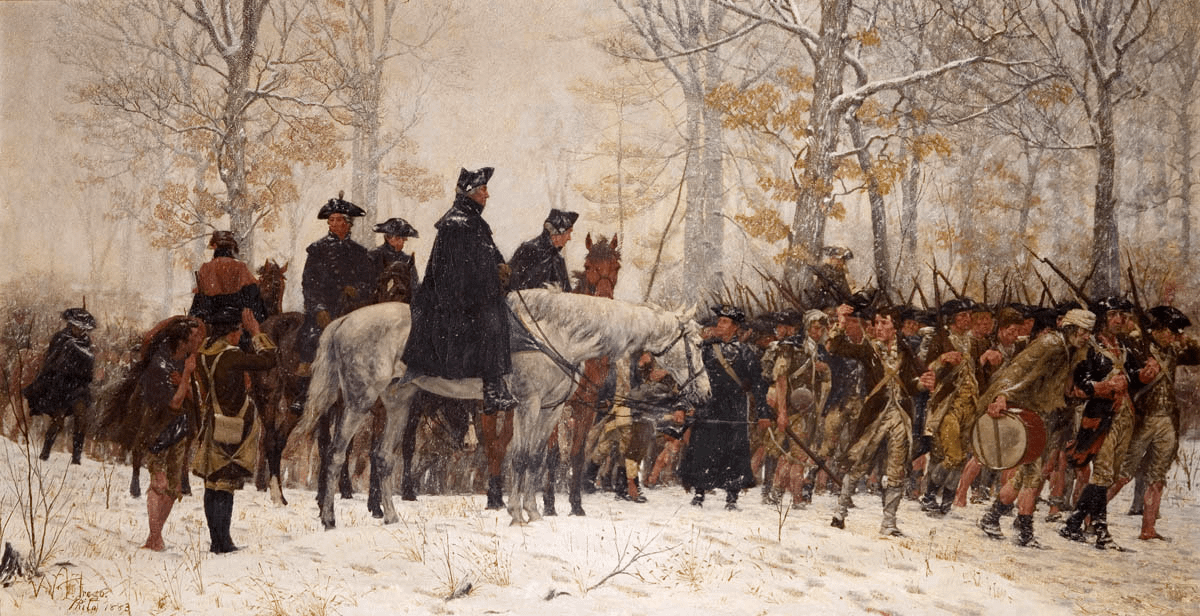 George Washington was not one to be deterred by a little winter weather, but on occasion, the snows were so deep that the great man was largely trapped within his Mount Vernon home. George Washington Parke Custis recounted an interesting story about his step-grandfather, “In winter, when stress of weather prevented his [George Washington] taking his usual exercise, he was in the habit of walking for an hour in the eastern portico of the mansion, before retiring to rest. As that portico is more than ninety feet in length, this walk would comprise several miles.” 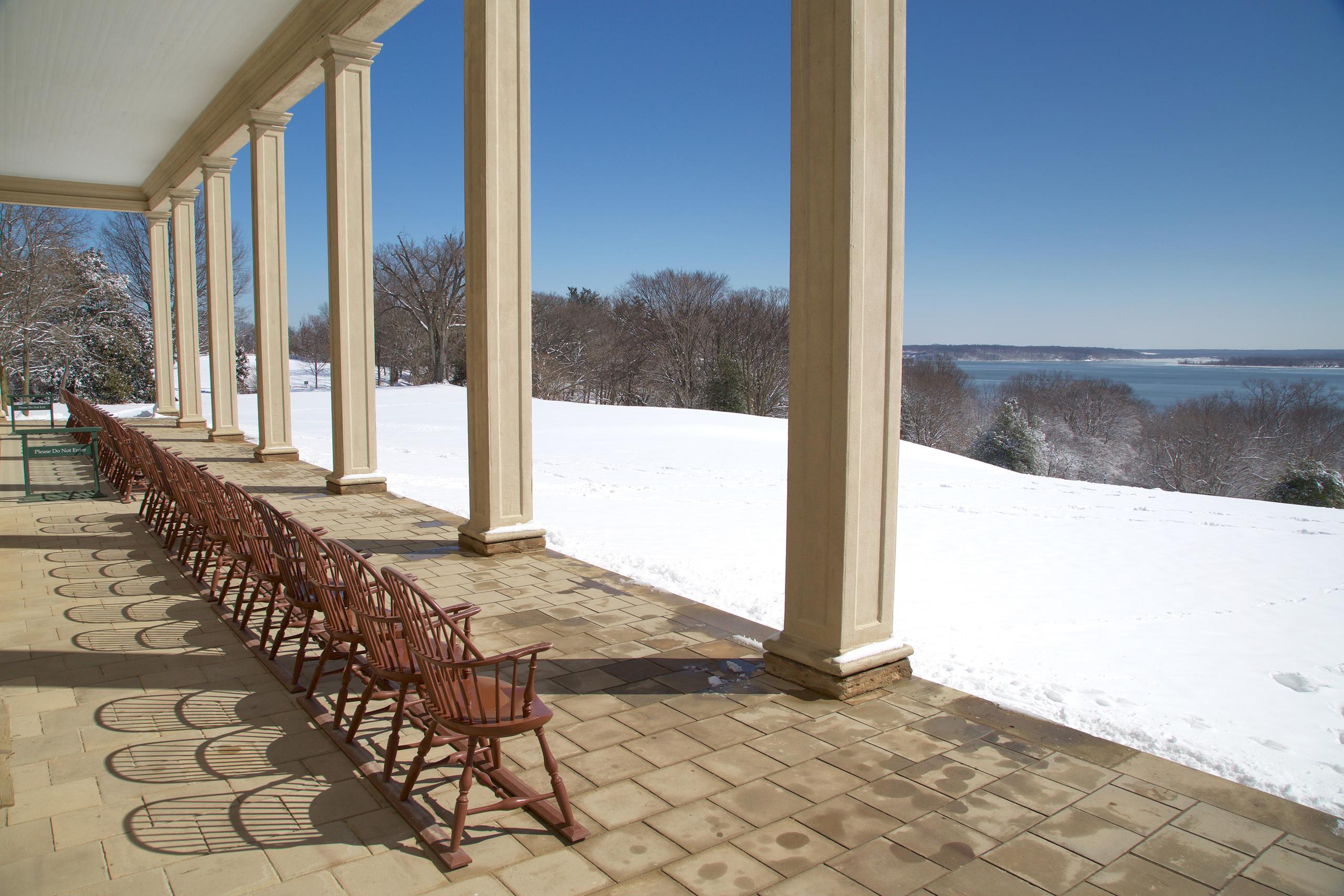 Of all the terrible winters that Washington faced during his lifetime, the frozen winter of 1779 and 1780 might have been the worst. While Valley Forge has become synonymous with winter misery during the Revolutionary War, by all historical accounts the winter encampment at Morristown, New Jersey was far worse. Trapped by one of the worst winters on record, Washington's Continentals lacked food, clothes, and sufficient shelter. To further complicate the situation, the icy roads made it almost impossible to bring regular supplies to the suffering soldiers. The situation grew so dire that several regiments mutinied and Washington despaired for the future of the Revolutionary cause.

In a March 18, 1780 letter to the Marquis de Lafayette, Washington wrote that "The oldest people now living in this Country do not remember so hard a Winter as the one we are now emerging from. In a word, the severity of the frost exceeded anything of the kind that had ever been experienced in this climate before."

Learn more about Washington's crossing of the Delaware River and the fateful battles of Trenton and Princeton.