General George Washington, eager to bring some relief to his oppressed army at Morristown, New Jersey, issued this general order which commemorated St. Patrick’s Day on March 17, 1780. Not only was this an opportunity to give his soldiers a day off from their labors, but this order recognized the Irish people’s quest for freedom from British rule.

The general congratulates the army on the very interesting proceedings of the parliament of Ireland and the inhabitants of that country which have been lately communicated; not only as they appear calculated to remove those heavy and tyrannical oppressions on their trade but to restore to a brave and generous people their ancient rights and freedom and by their operations to promote the cause of America.

Desirous of impressing upon the minds of the army, transactions so important in their nature, the general directs that all fatigue and working parties cease for tomorrow the seventeenth, a day held in particular regard by the people of the nation. At the same time that he orders this, he persuades himself that the celebration of the day will not be attended with the least rioting or disorder, the officers to be at their quarters in camp and the troops of the state line to keep within their own encampment. 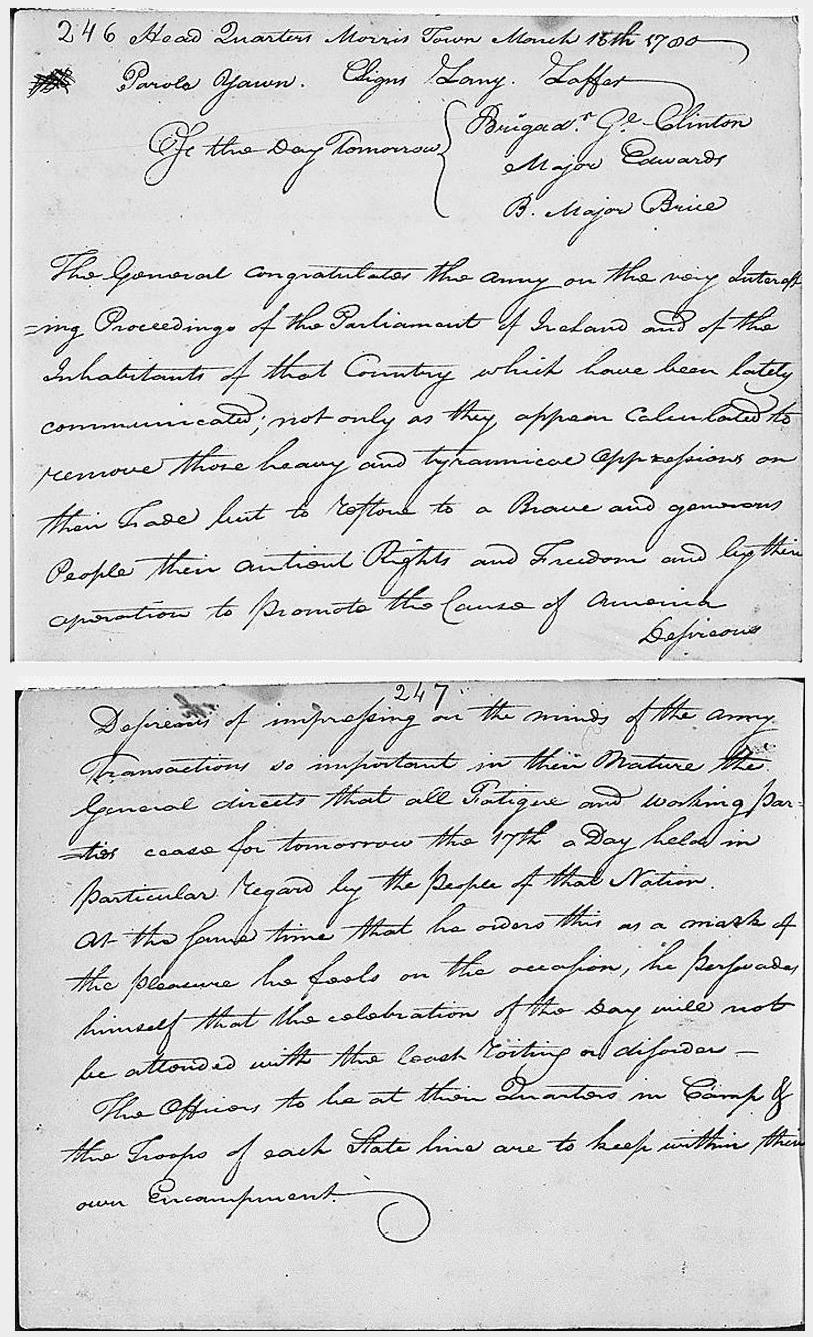