Just as her husband realized that his every action might set a precedent for future presidents, so was Martha aware that her behavior as first lady would become the template for the wives of future chief executives. 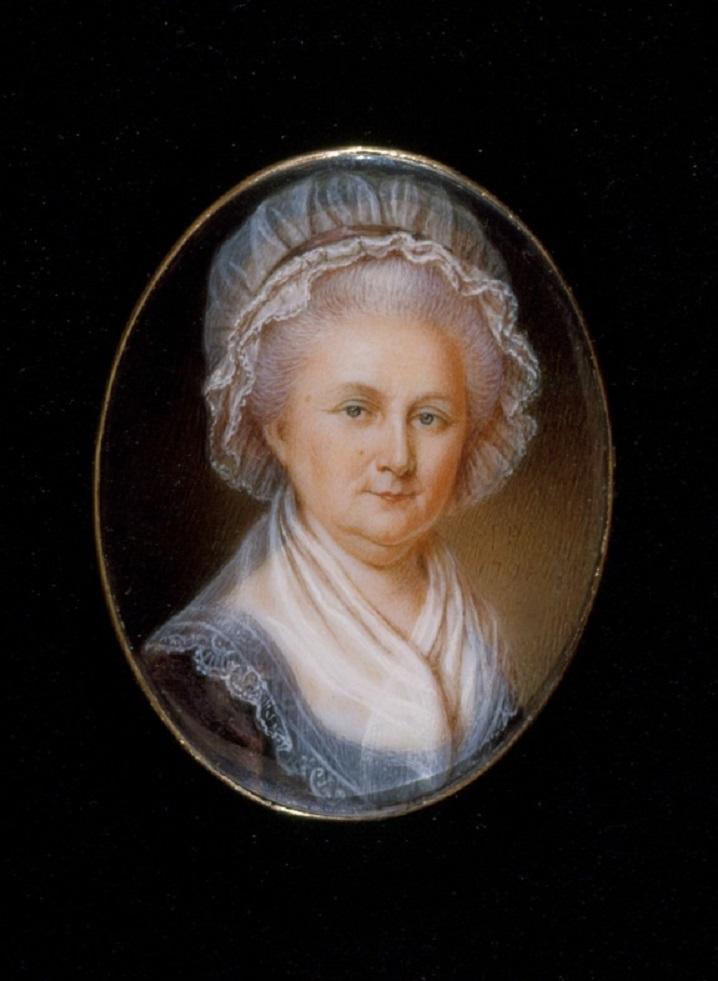 When the American Revolution ended and George Washington walked in back into his home after an eight-year absence, the last thing his wife of almost 25 years expected was that he would be drawn back into public life. During the years that the new country was united under the Articles of Confederation, it became increasingly clear that a different form of government would have to be devised… one with a stronger central government. As the Constitution was written and the process of its ratification began, it also became increasingly clear that George Washington would head the new government. While that fact seems to have been assumed by virtually everyone in the country, Martha Washington was hoping that it wasn’t true.

In 1789, the Secretary of Congress, Charles Thomson, arrived at Mount Vernon with the official notification of George Washington’s election to the presidency. Less than a week later, Mrs. Washington confided in her brother that, she was “truly sorry to tell” that her husband had left for New York and that she had no idea when, or if, he would ever return to Mount Vernon. She felt that “it was much too late for him to go in to publick [sic] life again,” but noted that “it was not to be avoided.” 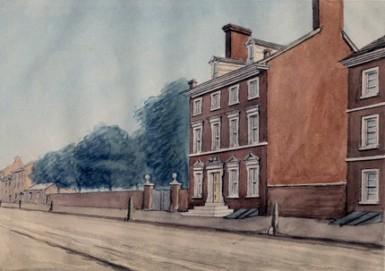 After her son Jacky’s death in 1781, Martha Washington turned her attention to assisting his widow in raising the couple’s four young children. When the children’s mother remarried in 1783, the two youngest grandchildren, Eleanor Parke (Nelly) Custis, then six-years old, and George Washington Parke (Wash) Custis, then three-years old, remained at Mount Vernon, where Martha and George Washington reared them as their own.

Once George Washington was elected to be the first president under the new U.S. Constitution, however, Mrs. Washington faced a new set of challenges that disrupted her peaceful domestic existence. If the War for Independence had thrown her into an unaccustomed role in the public spotlight, her husband’s assumption of the highest office in the new federal government only increased the unwanted glare.

Moving to the Capital

In mid-May 1789, Martha Washington, Nelly (10), Washy (8), and seven enslaved people, set off for New York City, the temporary national capital for the new government. The group was escorted by one of the president’s young nephews, 20-year-old Robert Lewis, who would be taking up secretarial duties for his uncle in New York. They entered the city in fine style, traveling from New Jersey to Manhattan on a “fine Barge,” propelled by oarsmen. Mrs. Washington commented to her favorite niece that grandson Washy “seemed to be lost in a mase [sic] at the great parade that was made for us all the way we came.”

Almost as soon as she arrived, Mrs. Washington was swept up in the new duties of her position. She was not only responsible for managing the presidential household but also for supervising the domestic affairs at Mount Vernon from a distance.

In addition, in contrast to the agricultural life she was accustomed, Mrs. Washington faced the unrelenting demands of social life in a big city. Each day, she was expected to dress formally, receive visitors, and make calls on important members of society. This was not how Martha Washington would have preferred to live. Although she maintained her calm, cheerful, and dignified demeanor, she felt she was (as she told her niece) “more like a state prisoner than anything else.” 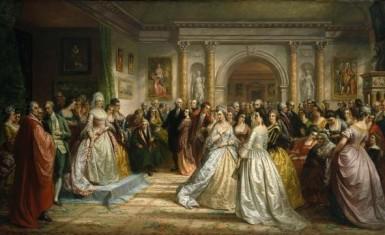 Just as her husband realized that his every action might set a precedent for future presidents, so was Mrs. Washington aware that her behavior as first lady would become the template for the wives of future chief executives. One of her most important steps was to initiate a weekly reception held on Friday evenings for anyone who would like to attend.

At these gatherings, members of Congress, visiting dignitaries, and men and women from the local community were received at the presidential mansion. After being presented to Mrs. Washington, they enjoyed refreshments, talked with each other, and mingled. Although most guests addressed Martha as “Lady Washington,” some referred to her as “our Lady Presidentess.” 1

Critics occasionally complained that these weekly gatherings smacked of monarchy or represented a slavish imitation of the rituals and fashions of the discredited British Crown. Yet Martha won over the skeptics. Opening up the president’s house to ordinary citizens was a sign that the new government would be close to the people and responsive to their needs.

Moreover, although George Washington hosted his own gatherings, Martha Washington’s salons were more diverse, bringing together a disparate group of people: political adversaries, individuals from different parts of government, and women as well as men. According to Abigail Adams, wife of the vice-president, Mrs. Washington’s behavior as lady made her “the object of Veneration and Respect.” 2

After the capital moved to Philadelphia in 1791, Mrs. Washington grew more comfortable in her role. There, among old friends and acquaintances, she became more accustomed to her public duties.

Still, she always longed to return home to Mount Vernon. As the political atmosphere became more noxious and partisan during Washington’s second term, her longing increased. She was undoubtedly relieved when he refused to serve a third term. In March 1797, the Washingtons set off again for Mount Vernon—once and for all.