One month to the day of her husband's departure for New York, Martha Washington set out on her own triumphant trip to the seat of the new government.

In the interval between General Washington's departure on April 16, 1789, and hers in May, the presidential household in New York had been readied for the Washington family. 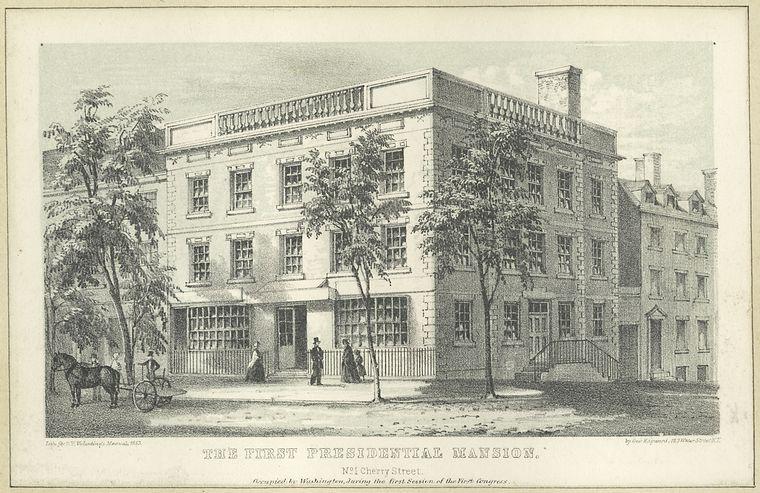 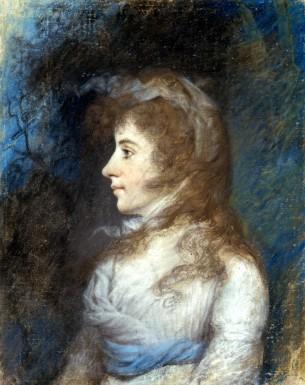 On the afternoon of May 16th with Washington's nephew, Robert Lewis, as her escort, Mrs. Washington left Mount Vernon in the family carriage with her two youngest grandchildren. For Nelly Custis and her brother, Washington Custis, their first "official" event was a memorable adventure with many lessons to be learned. While still in Virginia, obstinate horses, a broken carriage, and a frightening ferry crossing introduced them to the hazards and delays of road travel. Parades and receptions in their grandmother's honor called forth all the social skills they had mastered at ages ten and eight.

Through it all Mrs. Washington maintained her natural, unassuming presence. Cheerful, attentive, and appreciative: the very model of a President's Lady.

At Baltimore, the first large city along their 11-day route, fireworks and a serenade lasting until two in the morning offered exciting, if unnecessarily protracted diversions.

Everything about Martha Washington became noteworthy.

Her attire was not lost on the Gazette of the United States, which made much of the fact that "like her illustrious husband, she was clothed in the manufacture of our Country, in which her native goodness and patriotism appeared to the greatest advantage." 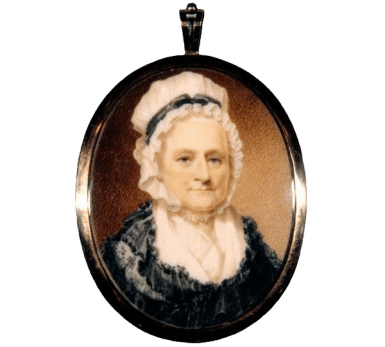 Mrs. Washington and her entourage, which expanded and contracted as distinguished gentlemen joined and left its ranks all along the way, attracted considerable attention in Philadelphia. A 13-gun salute was fired in her honor, a display that had been accorded the president a month earlier. Crowded streets and animated church bells attested to the respect she had earned from its inhabitants during the Revolution when she had "contributed to relieve the cares of our beloved Chief."

Like any sensible woman finding herself in a major metropolis, Mrs. Washington took time to shop in Philadelphia. Her list was long and included fashionable shoes for the two granddaughters left in Virginia.

It was also a time to rest before the last leg of her journey, which would reunite her with her beloved husband and lead to a grand entrance in New York.

The crossing from New Jersey to New York was at Elizabeth Town, where George Washington met her and together they made their way on the presidential barge. Another 13-gun salute was fired in her honor as they passed the Battery and shouts of "God Bless Lady Washington" greeted her on shore.

Within two weeks, this Virginia housewife had her presidential household in order and had settled into the affections of the nation.

From mother to First Lady, learn about Martha Washington's many important roles.

Although she maintained her calm, cheerful, and dignified demeanor, First Lady Martha Washington often felt “more like a state prisoner than anything else."

Martha Washington is the first and only woman to grace the primary portrait of U.S. paper currency. 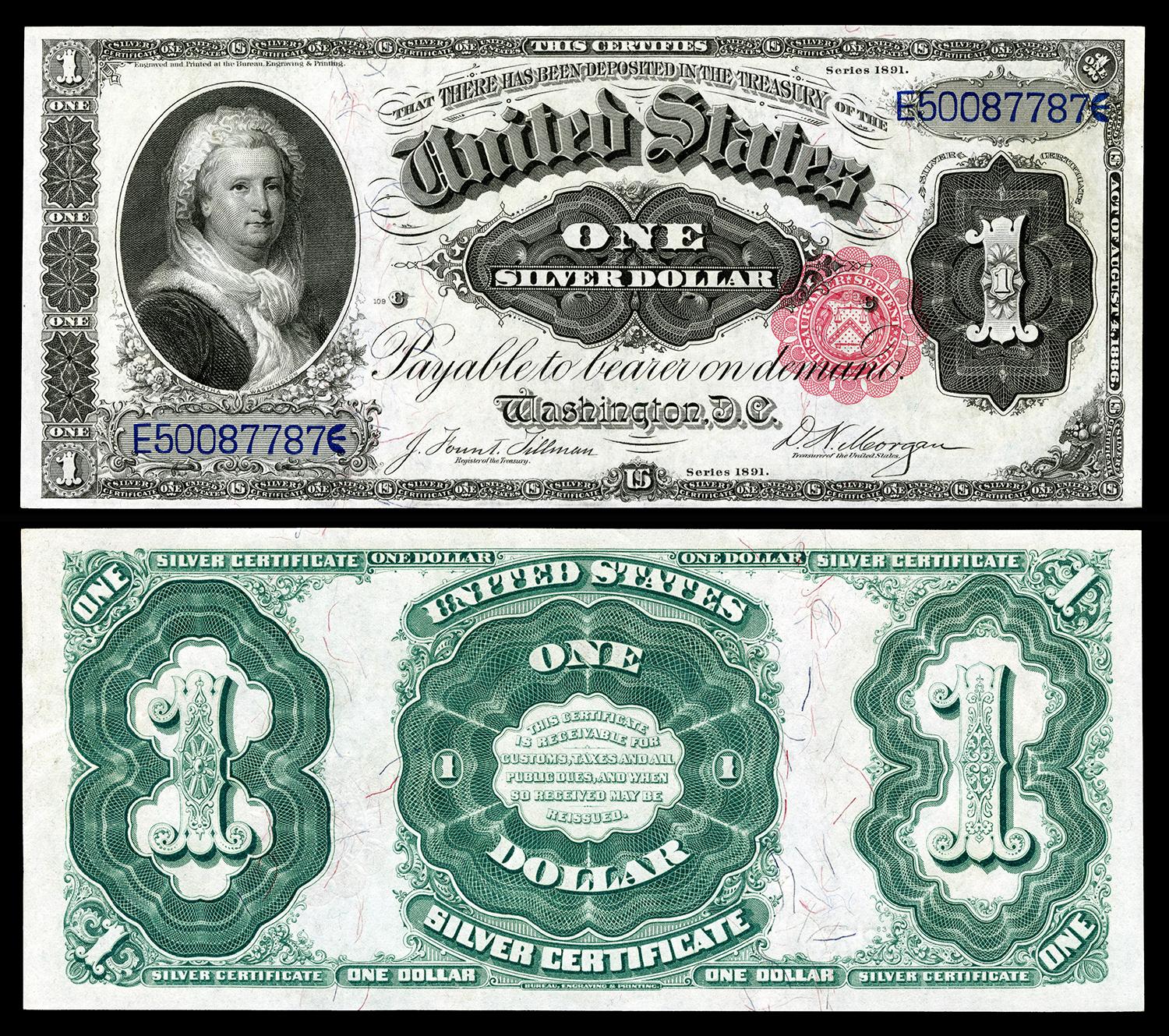 Martha's image appears on the $1 Silver Certificate. The certificates were first printed in 1886, six years after the first legal tender dollar bill featuring Washington was issued, a slightly re-designed Martha also was produced in 1891. The $1 Certificates were discontinued in 1957. It was the nation's second longest issued paper money and as the name suggests was backed by the U.S. Government's silver deposits and could be redeemed at anytime for silver from the U.S. Treasury.