Within months of beginning their courtship, both George Washington and Martha Custis began to plan a future together.

As a young, attractive, wealthy widow, Martha Dandridge Custis probably enjoyed more freedom to choose her own destiny than at any other point in her life. She was only twenty-six years old, owned nearly 300 enslaved individuals and had more than 17,500 acres of land— worth more than £40,000. Because her husband had died without a will, she was the executor of his estate, however, upon her death, the estate would automatically transfer to their descendants. Freed from the strictures of coverture, she had many of the same legal rights as men: she could buy and sell property, make contracts, sue and be sued in court.

Yet Martha may not have reveled in this freedom. Effective though she was at managing the estate, Martha still considered financial matters to be primarily a man’s concern. Having had a happy first marriage, she probably craved the companionship and intimacy of the wedded state. Having grown up in a large family, she loved children and hoped to have more. 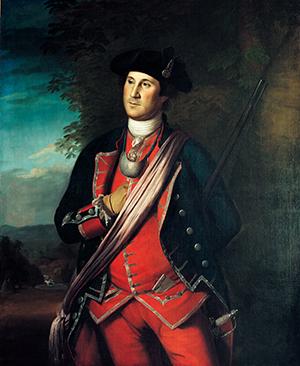 As a result, grief-stricken though she was, Martha was willing to consider the possibility of remarriage within a relatively short time after Daniel Parke Custis’s death. Most widows under thirty in colonial Virginia did, in fact, remarry. In Martha’s case, however, since financial need was not an issue, it would have to be a love match.

Within the close-knit world of the Virginia elite, Martha’s status as a wealthy widow soon became common knowledge. One of those who undoubtedly heard about her availability was a young military man named George Washington. Born on February 22, 1732, Washington had grown up in a modestly prosperous Virginia family who lived on a plantation near Fredericksburg.

In March 1758, during an interlude in the fighting, Washington traveled for a visit to Williamsburg, a place where the colony’s leading men gathered during meetings of the House of Burgesses. Hearing the news about the Custis widow, he contemplated his own future and turned his mind to his marriage prospects. George and Martha's first meeting is lost to history, but it is possible they met while Martha and Daniel Custis were married as they had many acquaintances in common. 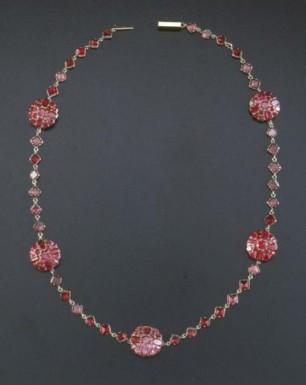 Traveling the thirty-five miles from Williamsburg to Martha’s home, George paid a visit to Martha Dandridge Custis on March 16, 1758. No doubt in a bid to impress her, he noted in his account records that he had left very generous tips for Martha’s household slaves. After returning for another visit on March 25, Washington returned to his military post.

Within months of these meetings, both parties began to plan a future together. Washington began renovating and improving his home at Mount Vernon. Martha placed an order for wedding finery from London, a shipment that included brilliant purple slippers and a dress that was to be “grave but not Extravagent nor to be mourning,” 1 perfect for a bride in her situation.

Their attraction was mutual, powerful, and immediate. Martha was charming, accomplished, and, of course, wealthy. George had his own appeal. Over six foot two inches tall (compared with Martha, who was only five feet tall), George was an imposing figure whose reputation as a military leader preceded him. Like his future wife, Washington’s own social status had improved as a result of an unfortunate death. After his half-brother Lawrence and his widow died, Washington would inherit Mount Vernon, a beautiful 2000-acre estate located high above the Potomac River in Northern Virginia. 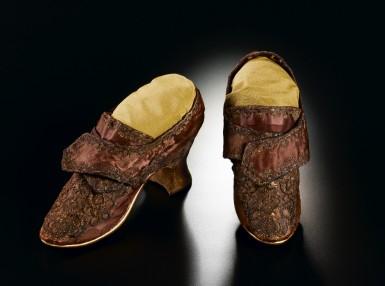 For her part, Martha must have believed that in George she had found someone she could trust as well as love. Although some widows wrote legally binding premarital contracts that protected the assets they had from their previous marriage, Martha did not. For as long as she lived Washington would have the use of Martha’s “widow’s third,” the land, enslaved people, and money which would be handed down to the Custis heirs after Martha’s death. In addition, Washington would become the legal guardian of Martha’s children, responsible for managing and protecting their financial affairs.

At the end of 1758, Washington resigned his military commission. On January 6, 1759, Martha Dandridge Custis married George Washington at her home in New Kent County. For both Martha and for George, a new era had dawned.

Although George and Martha Washington never had any children together, they raised many at Mount Vernon.